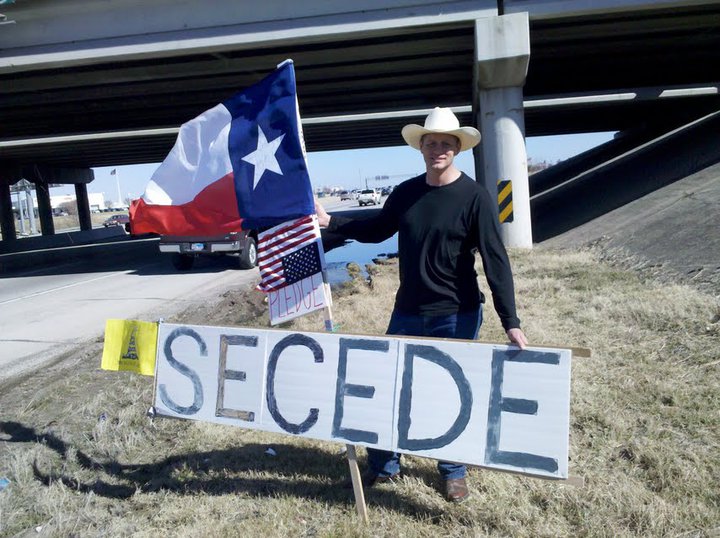 One day after the 2012 elections were held and individual from the State of Louisiana filed a petition to peacefully secede from the Union.  Since then individuals from Texas, Arkansas, North Carolina, Ohio and most of the states have also filed petitions with the White House to peacefully withdraw from the United States and set up their own country.

The White House website states that they would give their decision when the petitioners accumulated 25,000 signatures.  Well most States have reached that goal and higher, yet as far as I know the WH has not answered the petitioners.  Why should they? It is only individuals who want to secede, not the states themselves.

There are several reasons why individuals in the red states are considering this:

9)   They do not like the taxing policies of the Federal Government.

10)   They feel that the Federal Government has destroyed the Educational system and the control should be given back to the Individual states.

11)   They have no use for Obamacare and feel it will destroy the Best health care system in the world.

12)   They do not want their tax dollars paying for someone else’s abortion.

13)   Finally they are tired of the Obama administration giving up their rights to the UN such as the UN Small Arms Treaty and Agenda 21.

Now, I know you are going to say that they cannot secede from the Union.  But they can.  Texas was a Republic and it stated when it came into the Union that if it did not like what the Federal Government was doing they could opt out and that is true today.

Even though the states are in their right the Federal Government will not allow this to happen.  It could result in a second Civil War.

Question of the week and maybe the year.

Should Secession be allowed to be put on the state ballots and voted on by the people of that state in the upcoming elections to be held in November of 2014?