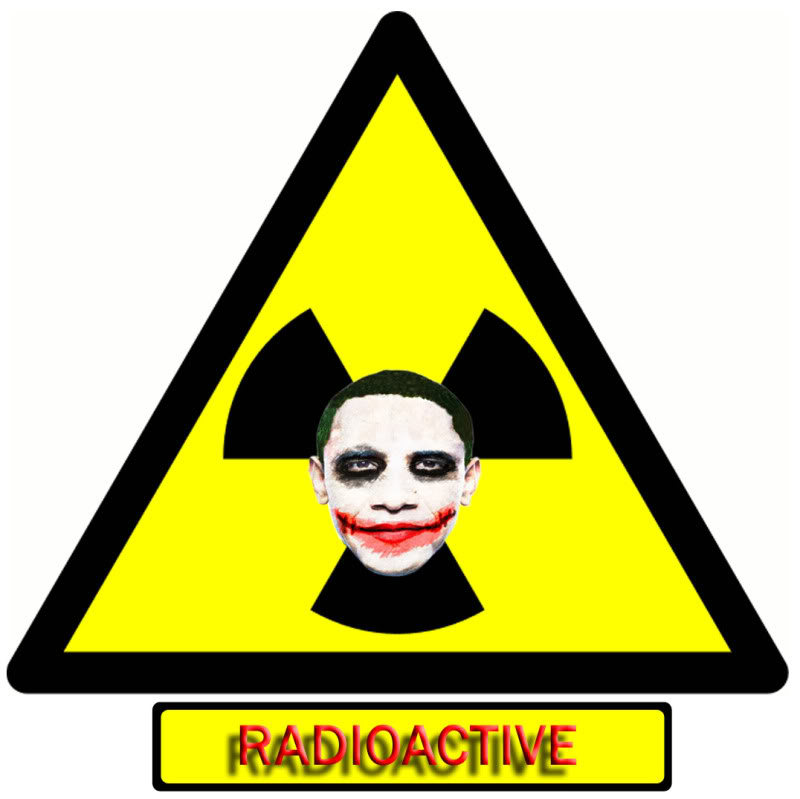 We all know that the radiation from the stricken Fukushima plant has spread around the globe and is poisoning people worldwide. We all know that the West Coast of the United States is being polluted with radioactive debris and that the oceans, the beaches that border them, and even the air is becoming more polluted by radioactivity as time goes on.

You have to ask yourself why the government won’t admit this. It’s not like a disaster half a world away is their fault is it?

Or is it? Could the United States government have done something to prevent the situation getting to this point?

Nothing in this article is a state secret, everything is in the public domain, but the information is so disseminated that it appears disconnected.

I suggest that the United States government know only too well that the West Coast is polluted with radiation and that the situation is getting worse by the day.

I suggest that the United States government and General Electric knew that Fukushima was a disaster waiting to happen, and they did nothing to prevent it.

I suggest that they know that the many of nuclear reactors in the United States are also prone to catastrophic meltdown, and they are doing nothing about it.

All the warnings were ignored

The narrative that leads us to the state we are in today starts in 1972.

Stephen Hanauer, an official at the Atomic Energy Commission recommended that General Electric’s Mark 1 design be discontinued as it presented unacceptable safety risks.

In 1972, Stephen H. Hanauer, then a safety official with the Atomic Energy Commission, recommended that the Mark 1 system be discontinued because it presented unacceptable safety risks. Among the concerns cited was the smaller containment design, which was more susceptible to explosion and rupture from a buildup in hydrogen — a situation that may have unfolded at the Fukushima Daiichi plant. Later that same year, Joseph Hendrie, who would later become chairman of the Nuclear Regulatory Commission, a successor agency to the atomic commission, said the idea of a ban on such systems was attractive. But the technology had been so widely accepted by the industry and regulatory officials, he said, that “reversal of this hallowed policy, particularly at this time, could well be the end of nuclear power.” (source)

Then, three years later in 1975, Dale Bridenbaugh and two colleagues were asked to review the GE Mark 1 Boiling Water Reactor (BWR). They were convinced that the reactor was inherently unsafe and so flawed in its design that it could catastrophically fail under certain circumstances. There were two main issues.  First was the possible failure of the Mark 1 to deal with the huge pressures created if the unit lost cooling power. Secondly, the spent fuel ponds were situated 100 feet in the air near the top of the reactor.

They voiced their opinions, which were promptly pushed aside, and after realizing that they were not going to be allowed to make their opinions public all three resigned.

Over the years numerous other experts voiced concerns over the GE Mark 1 BWR. All have gone unheeded.

Five of the six reactors at Fukushima were GE Mark 1 BWR. The first reactor, unit one, was commissioned in 1971, prior to the first concerns about the design being raised. The other reactors came on line in 1973, 1974, 1977, 1978 and 1979 respectively. Although all six reactors were the GE Mark 1 design only three were built and supplied by GE. Units 1, 2 and 6 were supplied by GE, 3 and 5 by Toshiba and unit 4 by Hitachi. (Now Hitachi-GE)

Why isn’t GE being held accountable?

Why wouldn’t GE be held accountable?  Here’s one possibility: Jeffery Immelt is the head of GE. He is also the head of the United States Economic Advisory Board. He was invited to join the board personally by President Obama in 2009 and took over as head in 2011 when Paul Volcker stepped down in February 2011, just a month before the earthquake and tsunami that devastated Fukushima.

Paul Volcker was often seen as being at odds with the administration and many of his ideas were not embraced by the government. The appointment of Immelt, a self described Republican, was seen as a move to give Obama a leg up when dealing with the Republican majority in the House.

There have been calls from many organizations for GE to be held accountable for the design faults in the reactors that powered the Fukushima plant. The fact that they had been known for so long does seem to indicate that the company ignored and over-ruled advice from nuclear experts.

GE ran Fukushima alongside TEPCO, but it isn’t liable for the clean-up costs.

A year after the disaster, Tepco was taken over by the Japanese government because it couldn’t afford the costs to get the damaged reactors under control. By June of 2012, Tepco had received nearly 50 billion dollars from the government.

The six reactors were designed by the U.S. company General Electric (GE). GE supplied the actual reactors for units one, two and six, while two Japanese companies Toshiba provided units three and five, and Hitachi unit four. These companies as well as other suppliers are exempted from liability or costs under Japanese law.

Many of them, including GE, Toshiba and Hitachi, are actually making money on the disaster by being involved in the decontamination and decommissioning, according to a report by Greenpeace International.

“The nuclear industry and governments have designed a nuclear liability system that protects the industry, and forces people to pick up the bill for its mistakes and disasters,” says the report, “Fukushima Fallout“.

“If nuclear power is as safe as the industry always claims, then why do they insist on liability limits and exemptions?” asked Shawn-Patrick Stensil, a nuclear analyst with Greenpeace Canada.

“Suppliers are indemnified even if they are negligent,” Stensil told IPS. (source)

GE will not have put anything into this ‘pot’ to cover Fukushima, as it is not in the United States. They have walked away, even though they knew their reactors have design faults.

It’s not that simple though, and here’s where keeping quiet and denying what’s happening comes into its own.

So far I have not explained why Obama is keeping quiet about the radiation contamination. Well, that’s the easy part.

There are 23 nuclear plants in the United States that use the GE Mark 1 BWR.

There are 23 nuclear plants in the United States where the used fuel rods are suspended, in a pond, 100 feet above the ground. (source)

Any admission that radiation has spread across the Pacific Ocean and contaminated American soil is an admission that the technology was flawed, and that same flawed technology is being used in the United States. The government does not want anyone looking closer at the situation.  They don’t want people poking around asking questions about why the radiation got out in the first place…it’s too close to home.

Better to say that the radiation is within safe levels, and then if such a disaster happens here they can mourn those in  the immediate fall out zone and maintain that the rest of the country is okay, just as it was after Fukushima.

The fact that the CEO of GE works for Obama just highlights the facts. There is no way that Immelt doesn’t know about all the warning his company was given about the design flaws of the Mark 1, and if he knows, the government knows.

Ask yourself this, why after such a monumental event are all the scientific papers regarding the disaster singing the same song?

It is impossible to have so many scientists and doctors agreeing to this level. Nothing has been published regarding the increased rates of miscarriage and childhood thyroid cancers. Why is that?

After Chernobyl there was a plethora of papers announcing to the world the increased cancer risks, the risks to pregnant women and young children. I suggest that because Chenobyl was in Russia, a place where no American technology was used, that there was no suppression of the facts.

GE cannot afford a corporate law suit, and neither can the Obama administration. It wouldn’t be pretty if a senior advisor to the president was hauled through the courts. There’s a chance it would not just be GE that went down in the wake of such a case.

The President of the United States knows that  the radiation from Fukushima is worse than it would have been had the reactors used at the plant been of a different design.

The President of the United States knows that the delicate and hazardous task of removing and storing the spent fuel rods is going to take years and that one mistake can exacerbate the problems ten-fold.

The President of the United States knows that 23 sites in America are using the same flawed reactors and he is doing nothing about it.

The President of the United States is holding the lives of tens of millions of Americans in his hands and he refuses to even admit there is a problem.

The President of the United States needs to understand that the people of the West Coast are not just pawns in his political game.

The President of the United states should be explaining what is causing all the fish die-offs if it is unconnected to radiation.

Obama knows that millions of American citizens are being poisoned due, in part, to a failure of American technology. I recognize that the earthquake and tsunami were forces of nature, but the damage sustained could have been reduced considerably by not using the Mark 1.

I understand that these reactors were not installed on his watch, but he’s there now.  He’s the one that can make the difference now. It is he who can look into the nuclear power stations on American soil in the hope of preventing a meltdown here. Our nuclear power stations are old, past their sell by date in some cases. It’s not just the reactors that are the problem either. Hanford, right on the Columbia River in Washington state, as one example, constantly leaks radioactive liquid into the ground, and possibly the groundwater.

The situation at fukushima is still far from stable, and it will be years before stability is even on the horizon.

Something has to be done before one of our aging power stations starts Fukushima Part ll.