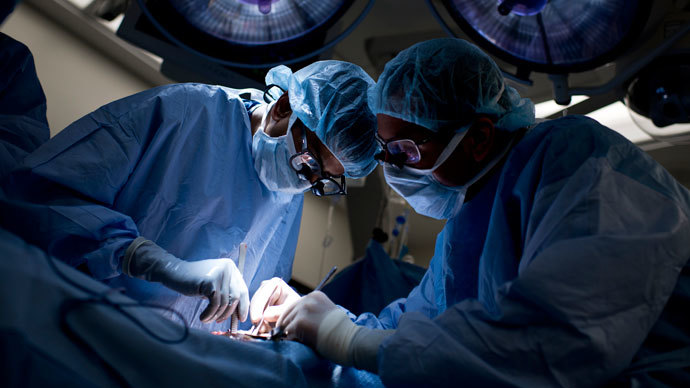 For the first time in US history, federal judges in the US state of Massachusetts have upheld a court ruling entitling a tax-payer funded sex-change operation for a transsexual prisoner convicted of murder.

“Having carefully considered the relevant law and the extensive factual record, we affirm the judgment of the district court,” a three-judge panel of the US Court of Appeals for the First Circuit ruled on Friday. The 2-1 ruling in favor of the original decision can still be appealed in the US Supreme Court.

The federal decision refers to the ruling of US District Judge Mark Wolf who in September 2012 directed that the state Department of Correction (DOC) ought to provide sex-reassignment surgery for Michelle Kosilek who is serving a life sentence for murder.

“Courts nevertheless must not shrink from their obligation to ‘enforce the constitutional rights of all ‘persons,’ including ‘prisoners.’ And receiving medically necessary treatment is one of those rights, even if that treatment strikes some as odd or unorthodox,” the appeals court said, as cited by boston.com

The appeals court also stated that Wolf was “well-placed to make the factual findings he made,” ruling that the DOC has violated Kosilek’s Eighth Amendment rights. “The court did not err in granting Kosilek the injunctive relief she sought,” the appeals court ruled. Robert Kosilek, aka Michelle Kosilek, now 64, was found guilty of strangling his wife in Mansfield, Massachussets in 1990. Kosilek legally changed her first name to Michelle while awaiting trial. The convict has been incarcerated in a male prison in Norfolk where she is referred to as a woman not as a man.

In 2000, Kosilek filed a law suit against the DOC, claiming violation of her Eighth Amendment rights that prohibit the federal government from imposing, among other things, cruel and unusual punishments, including torture. After winning the case in 2002, Kosilek obtained access to hormone replacement therapy and psychotherapy to treat her condition.

In 2006, Kosilek again sued the DOC for refusal to provide sex reassignment surgery which her defense argued constituted “cruel and unusual punishment” under the Eighth Amendment. After Judge Wolf’s ruling of 2012 for the DOC to provide Kosilek with the surgery, the state authorities appealed the decision.

The LGBT community has welcomed the decision. In a civilized society “there is a baseline of care that has to be provided to all prisoners, including prisoners who are transgender,” Jenifer Levi, director of GLAD’s Transgender Rights Project told boston.com

Despite winning the case, it still remains unclear who and when will operate on the inmate, as no surgeon in Massachusetts is willing to perform such operation on Kosilek. One unidentified out-of-state doctor has stepped forward, according to the DOC, but the surgeon does not have the approval of the state Board of Registration in Medicine to perform sex-change operations.