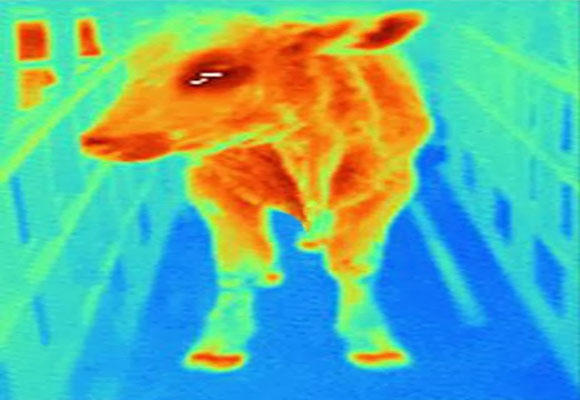 Zilmax is a Merck drug that is given to cattle to “beef” them up; it debuted in the US in 2007. It is now suspected for causing cattle’s hooves to fall off – or as the spin goes: “limited mobility.”

This is the only known video news report on the topic with a great rundown. After two minutes, it becomes more of an opinion piece. See more info below.

The Resident’s report in the video above was not kidding about Zilmax’s claims. They call it a supplement and say it will help the environment, strategically mixing the words “nutrition” and “nutritionist” in with the review.

Keith Belk, a professor of animal science at Colorado State University, had said the animals’ feet were “basically coming apart.” Merck denies any connection to Zilmax and fully stands by its safety.

Scientists say they have yet to determine whether Zilmax causes ailments so severe that cattle must be euthanized. One theory is that the federally approved feed additive may compound the effects of common feedlot nutritional disorders such as acidosis, which can affect animals that consume too much starch (primarily grain) or sugar in a short period of time. Heat and animal genetics, too, may be factors.

A review of FDA documents shows that approximately 285 cattle that were confirmed dead had to be euthanized since 2007 after ingesting Zilmax. Over a third of those were taking other drugs like antibiotics, in conjunction. But again, no connection – totally safe. (According to Merck and the FDA.) Those were only the reports submitted to the FDA by Merck and others.

A FOIA request by Reuters showed that over 75 animals lost hooves and were euthanized after being fed Zilmax in the last two years. Pneumonia was a large factor in 94 deaths. Bloat, gas build-up in cow stomachs, was listed as a cause of death in 41 cases where cattle were fed Zilmax.

Cargill is not using Zilmax-fed beef until further testing, but still stands behind Merck after finally allowing its use for their beef in 2012.

Merck fully intends to bring Zilmax back to the US market. In 2012, Zilmax brought Merck nearly $160 million in sales, while Merck totaled $47 billion revenue that year.