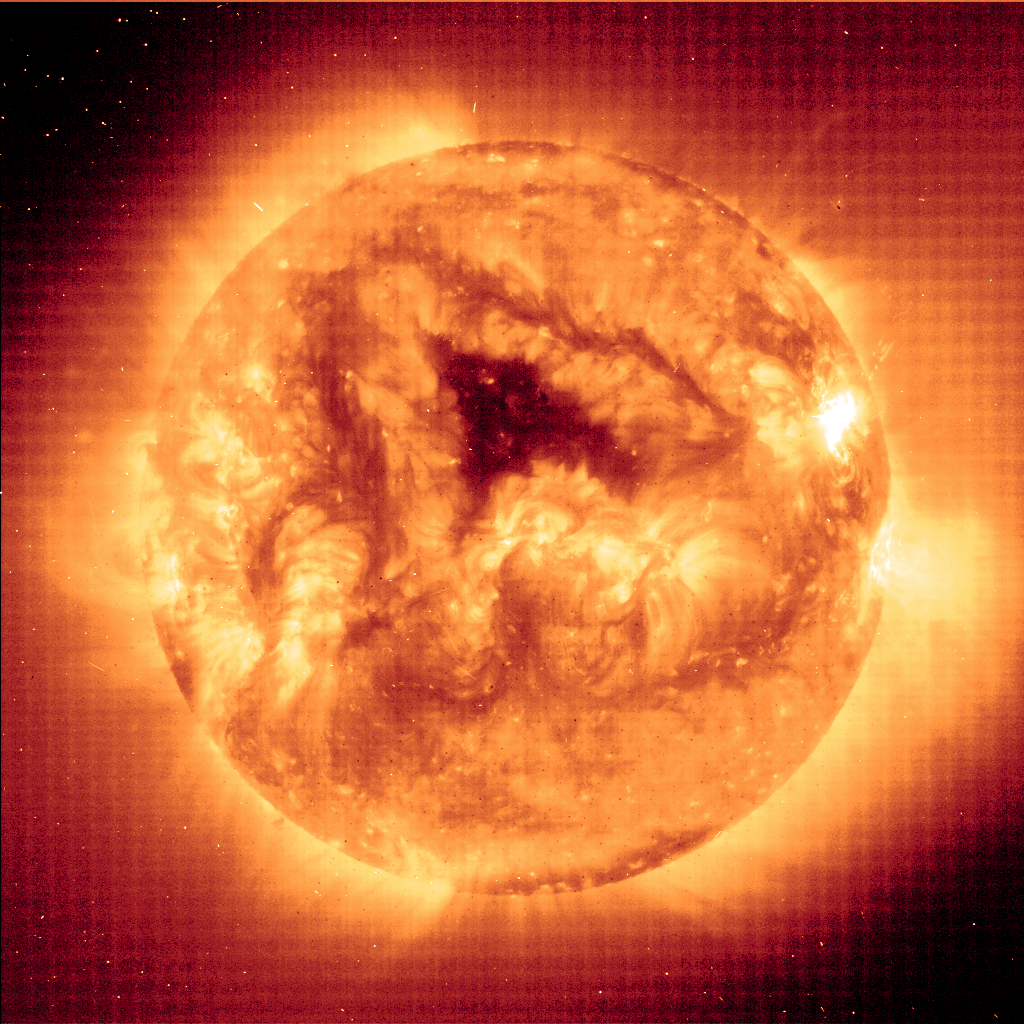 Solar physicist Richard Harrison says he has never seen the sun this quiet in more than 30 years of studying it.

“If you want to go back to see when the Sun was this inactive… you’ve got to go back about 100 years,” he says.

At this point in the solar cycle the sun should be a hive of activity, popping off flares and dotted with sunspots.

Professor Mike Lockwood, a space environment physicist at Reading University UK has studied ice cores going back tens of thousands of years. He thinks there’s a very good chance that the Sun is heading for an extremely quiet period. Speaking to the BBC  he said that it was

“…an unusually rapid decline. It’s a very active research topic at the present time, but we do think there is a mechanism in place where we should expect more cold winters when solar activity is low.”

He went on to explain how Europe would bear the brunt of the change he believes is afoot.

“There are large meanders in the jet stream, and they’re called blocking events because they block off the normal moist, mild winds we get from the Atlantic, and instead we get cold air being dragged down from the Arctic and from Russia,” he says.

“These are what we call a cold snap… a series of three or four cold snaps in a row adds up to a cold winter. And that’s quite likely what we’ll see as solar activity declines.”

“I’ve done a number of studies that show at the very most it might buy you about five years before you reach a certain global average temperature level. But that’s not to say, on a more regional basis there aren’t changes to the patterns of our weather that we’ll have to get used to.”

The Maunder Minimum was a period of intensely cold winters during the 1600′s. If Lockwood and his colleagues are right this is yet another indicator that points towards global cooling. Although the effects of the jet stream are predominantly felt in Europe the overall temperature drops caused by a cessation of activity on the Sun will be felt across the Northern Hemisphere.

As the warnings about global cooling and it’s connection to lack of activity on the Sun continue to gather pace, we need to start thinking about a world where the summers are cooler, where growing zone boundaries are changing due to the weather.

The government, backed by their butt buddies at the IPCC are not going to warn us, they are not going to admit that global warming was flawed science at best and an out and out con at the worst.

You can read more about Lockwoods research here.