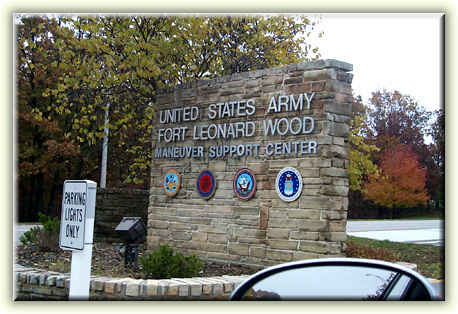 Kidnapping and attacking infidel girls is a growing phenomenon in Western countries. Wherever there is large Muslim immigration (i.e., the hundreds of Muslim child sex trafficking gangs in the UK), attacks on native girls and women spike (i.e., Sweden, Norway etc.). But what is striking about this story is that we are training Muslim soldiers on home soil and the authorities let these savages go. They are sending them back to their countries, where they are free to kidnap and attack non-Muslim girls there. Monstrous.

These men were sought to enjoy the sex slaves allowed by the Qur’an (men may
enjoy “what your right hands own,” 4:3) and Islamic law from among unbelieving women (here).

At this risk of being repetitive, once again, no media on this story. This story happened in October; why are we only hearing about it now?

“Muslims training with US Army attempt kidnapping of 12 yr old girl in Missouri,” Missouri Today, January 18, 2014 (thanks to Bob D)

WAYNESVILLE, Mo. • Pulaski County authorities have dropped charges against two foreign military officers who were training at Fort Leonard Wood when they were arrested.

The Rolla Daily News reports that Mohammed Mahmoud Omar Mefleh, of Jordan, and Antoine Chlela, of Lebanon, were charged in October with enticement of a child and harassment. Court records say the men allegedly approached a 12-year-old girl at a bus stop and asked her to enter their vehicle.

Pulaski County prosecutor Kevin Hillman said Friday that the charges were dropped as part of an agreement that includes the men paying the cost of their incarceration. Hillman says they were taken by Fort Leonard Wood officials, and he expects them to be out of the U.S. by Monday. Under terms of the plea, they will not be allowed to return to the country.

The men were taking courses at Fort Leonard Wood when they were arrested.