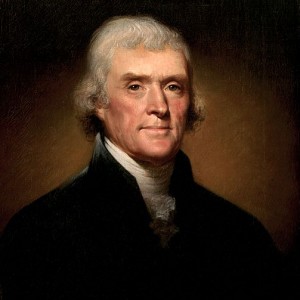 Thomas Jefferson was radically anti-tax, pro-gun and anti-central bank.  He loved precious metals, he openly acknowledged a “Creator” and he wanted to add an amendment to the Constitution which would ban the federal government from going into debt.  If he was around today, he would be considered a “nutjob”, an “extremist”, a “fascist” and even a “potential terrorist“.  But of course Jefferson was none of those things.  Rather, Jefferson was a great thinker, the primary author of the Declaration of Independence and our third President.  Below, I have shared a list of 13 famous Jefferson quotes (13 for the 13 colonies that originally founded America) that show just how far America has fallen away from our founding principles.  I think that most of you will be very shocked when you read this list…

#1 “It is incumbent on every generation to pay its own debts as it goes. A principle which if acted on would save one-half the wars of the world.”

#2 “If we can but prevent the government from wasting the labours of the people, under the pretence of taking care of them, they must become happy.”

#3 “No free man shall ever be debarred the use of arms.”

#4 “I think our governments will remain virtuous for many centuries; as long as they are chiefly agricultural; and this will be as long as there shall be vacant lands in any part of America. When they get piled upon one another in large cities, as in Europe, they will become corrupt as in Europe.”

#5 “To compel a man to furnish contributions of money for the propagation of opinions which he disbelieves and abhors, is sinful and tyrannical.”

#6 “And I sincerely believe, with you, that banking establishments are more dangerous than standing armies; and that the principle of spending money to be paid by posterity in the name of funding, is but swindling futurity on a large scale.”

#7 “Paper is poverty,… it is only the ghost of money, and not money itself.”

#8 “It is said that our paper is as good as silver, because we may have silver for it at the bank where it issues. This is not true. One, two, or three persons might have it; but a general application would soon exhaust their vaults, and leave a ruinous proportion of their paper in its intrinsic worthless form.”

#9 “The incorporation of a bank and the powers assumed [by legislation doing so] have not, in my opinion, been delegated to the United States by the Constitution. They are not among the powers specially enumerated.”

#10 “That we are overdone with banking institutions which have banished the precious metals and substituted a more fluctuating and unsafe medium, that these have withdrawn capital from useful improvements and employments to nourish idleness, that the wars of the world have swollen our commerce beyond the wholesome limits of exchanging our own productions for our own wants, and that, for the emolument of a small proportion of our society who prefer these demoralizing pursuits to labors useful to the whole, the peace of the whole is endangered and all our present difficulties produced, are evils more easily to be deplored than remedied.”

#11 “Certainly no nation ever before abandoned to the avarice and jugglings of private individuals to regulate according to their own interests, the quantum of circulating medium for the nation — to inflate, by deluges of paper, the nominal prices of property, and then to buy up that property at 1s. in the pound, having first withdrawn the floating medium which might endanger a competition in purchase. Yet this is what has been done, and will be done, unless stayed by the protecting hand of the legislature. The evil has been produced by the error of their sanction of this ruinous machinery of banks; and justice, wisdom, duty, all require that they should interpose and arrest it before the schemes of plunder and spoliation desolate the country.”

#12 “I wish it were possible to obtain a single amendment to our Constitution. I would be willing to depend on that alone for the reduction of the administration of our government to the genuine principles of its Constitution; I mean an additional article, taking from the federal government the power of borrowing.”

#13 “We hold these truths to be self-evident, that all men are created equal; that they are endowed by their Creator with inherent and inalienable Rights; that among these, are Life, Liberty, and the pursuit of Happiness; that to secure these rights, Governments are instituted among Men, deriving their just powers from the consent of the governed; that whenever any Form of Government becomes destructive of these ends, it is the Right of the people to alter or abolish it, and to institute new Government, laying its foundation on such principles, and organizing its powers in such form, as to them shall seem most likely to effect their Safety and Happiness.”

At this point, most of our politicians are millionaires that have totally sold out to the elite.

And if “another Thomas Jefferson” did show up on the national political stage today, he would be treated like garbage.  The amount of abuse that is heaped on those considered to be “Tea Party extremists” these days is absolutely staggering.  The following are just a few recent examples that demonstrate this…

-New York Governor Andrew Cuomo said the following during a radio interview last Friday: “Who are they? Are they these extreme conservatives who are right-to-life, pro-assault-weapon, anti-gay? Is that who they are? Because if that’s who they are and they’re the extreme conservatives, they have no place in the state of New York, because that’s not who New Yorkers are.”

-An article that recently appeared on a prominent liberal news websites had this striking headline: “Frankly, Koch Brothers Deserve the Death Penalty“.

-Professor Terrence Moore recently explained that it is now common practice for textbooks across the United States to use the term “fascist” for all “right-wing extremist groups”: “In the margin of the teachers edition, the teacher is instructed to explain the term ‘fascist’ to the students and to point out that the term ‘fascist’ is now applied to all right-wing extremist groups.”

The sad truth is that Thomas Jefferson wouldn’t have a prayer of making it to the White House today.

In fact, he would probably be blackballed by both major political parties.

America is in decline, and it is not because the principles that this nation was founded upon have failed.

Rather, one of the primary reasons why America is falling apart is because we have rejected the principles that were handed down to us by men like Jefferson. 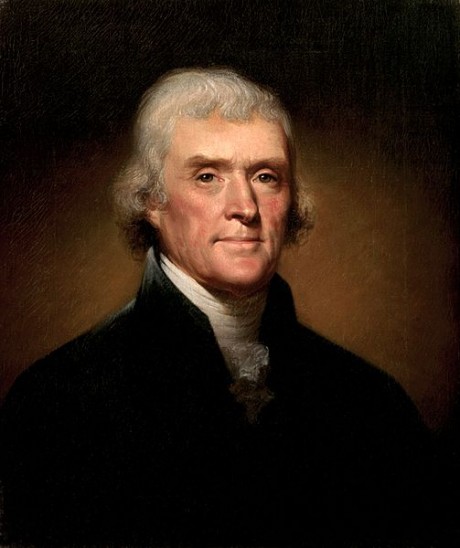