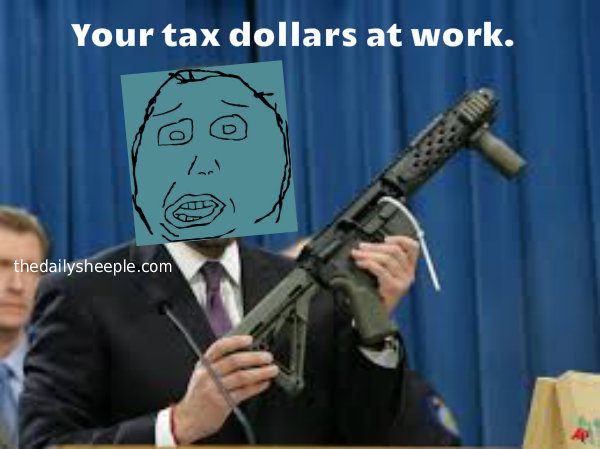 California State Senator Kevin de Leon made a dramatic presentation during a press conference the other day, displaying an AR-15 that was carefully zip-tied to highlight its “deadly nature”.

Judging from de Leon’s speech, it’s probably a good thing it was mercifully disabled, for the safety of both de Leon and his hapless audience. He would probably be well-advised not to handle any type of firearm more deadly than a Nerf gun.

In less than 30 seconds after the politician opened his mouth, he successfully removed all doubt concerning his ignorance, just in case anyone had lingering questions previous to this. When demonstrating how deadly the “ghost gun” was, he confused magazines with clips,  made a mess of the firing specs, and, incidentally, made several grammatical errors that were bad enough to make your ears bleed.

Here’s your state senator, California…the gun control advocates and voters who elected him must be so proud.