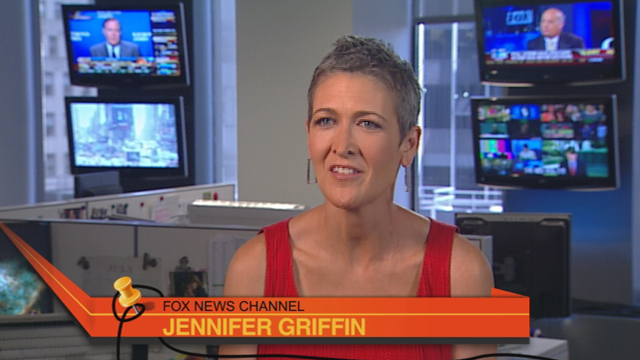 The hallmark of a thug regime. Bloody history is riddled with them. And the enemedia that does its bidding says nothing.This is a pattern. Following the attempted prosecution of respected reporter James Rosen,  the imperial  White House photo policy: “arbitrary restraint and unwarranted interference in legitimate news-gathering activities” and now this.

As for Greta, why is she telling us now? Why didn’t she spill before the election?

Fox News anchor Greta Van Susteren charges that the Obama administration tried to press her to shut down a colleague’s reporting on the jihadist attack in Benghazi, Libya, that cost the lives of a U.S. ambassador and three other Americans.

Van Susteren asserted recently on her blog that the administration made an extensive effort to conceal what happened in Benghazi. She cited U.S. officials’ refusal to include the Fox News Channel in several Benghazi briefings along with a warning that her colleague’s career would be ruined if she persisted in her reporting on the attack.

The Fox News host recalled a “disturbing phone call from a good friend in the Obama administration” shortly after the Sept. 11, 2012, attack, which the administration initially blamed on a protest of an anti-Islam video. “In this call, my friend told me that my colleague Jennifer Griffin, who was aggressively reporting on Benghazi, was wrong and that, as a favor to me, my friend in the administration was telling me so that I could tell Jennifer so that she did not ruin her career,” Van Susteren wrote.

Van Susteren said that in her 20-plus years in the business, she had never received a call to try and shut down a colleague.

“Here is what I know: Jennifer is a class act … experienced … and a very responsible journalist. One of the absolute best in the business – no ax to grind, she just wants the facts.”

Van Susteren said she challenged her friend in the Obama administration to provide facts to back up her charge against Griffin.

“I told my friend before I go to Jennifer telling her she is wrong, I need proof she is wrong, strong proof and you need to be specific – what are you saying she is getting wrong?”

But she found quickly there were no facts to offer.

“We went around and around – including the statement again that this was just a call as a favor to Jennifer and me to save Jennifer’s career from reporting incorrect information. I got no proof. Zero. I smelled a rat. Favor to me? Hardly. My friend was trying to use me.”

Van Susteren said she felt badly that a friend “tried to use me for a dirty reason.”

“I knew then – and it is now confirmed by bipartisan Senate Intelligence Committee – Jennifer was getting her facts right. I think it is really low for the administration to stoop this low,” Van Susteren wrote.

Blogger Ben Bullard wrote at Personal Liberty Digest that Van Susteren “isn’t a media figure who makes her living by testing the bounds of plausibility along the outermost fringes of conspiracy theory.”

“That’s why it’s hard not to sit up and take notice when she writes that someone inside the Obama administration threatened to end the career of a fellow reporter who was digging too deep into the Benghazi story,” he wrote.

As WND reported, evidence arose shortly after the attack that the Obama administration’s insistence that the deadly incident was a protest turned violent was false.

This week, WND reported an eyewitness to the attack confirmed the conclusion of the report released last Wednesday by the U.S. Senate Select Committee on Intelligence that the Obama administration misled the American public.

Speaking from Libya, Ahmed Salem, a young political activist opposed to radical Islamic terrorism, told WND that al-Qaida and other radical Islamic militia groups, including some from Egypt, launched a pre-planned, well-organized, heavily armed attack on the U.S. compound.