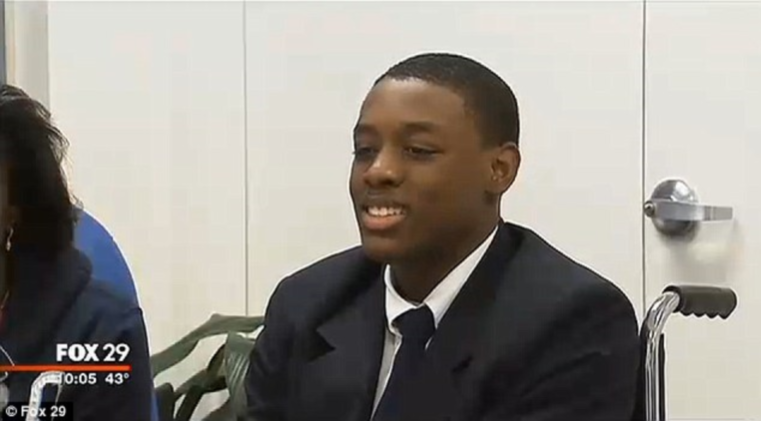 There is no shortage of police brutality stories and a growing number of police sexual assault and injury.

Darrin Manning, age 16, was walking with teammates to an after-school basketball game in Philadelphia on January 7th when he was stopped by police offers.

“I didn’t deserve to be wrongly stopped. They didn’t – they didn’t tell me what I did,” he said.

While handcuffed, Manning says a female officer assaulted him.

She patted me down again, and then I felt her reach, and she grabbed my butt. And then she grabbed and squeezed again and pulled down. And that’s when I heard something pop, like I felt it pop.

According to the police, Manning never made any complaints while he was in custody for 8 hours. Hospital records show that he spent the next night having emergency surgery at Children’s Hospital. You might have noticed that the hospital paper says “Undescended Testicle/Orchiopexy.”

Orchiopexy is a surgery done to lower a testicle permanently into the scrotum, but also performed for testicular torsion which can be caused by injury. The initial pain from injury could have subsided but if there was a testicular rupture or twisting of the spermatic cord, it could have led to emergency symptoms the next day. Emergency surgery is necessary within hours to prevent permanent damage and potential necrosis. Doctors say he might not be able to have children.

According to Manning’s mother, the doctor told her to press charges.

Yet it is Manning who is facing charges of aggravated assault, resisting arrest and reckless endangerment. An article from Philly.com paints a different picture of what went down.

Regardless, if an arrest was necessary, crushing or yanking genitalia are not an acceptable part of pat down, search and arrest procedures.

The alleged brutality was responded to with a promise of a future internal affairs investigation. Some recovered footage and back-and-forth reports make parts of the case remain unclear.

Supporters are planning a rally on January 23 to protest excessive force and demand the removal of the female officer in question.

Amanda Warren is a staff writer for Activist Post.