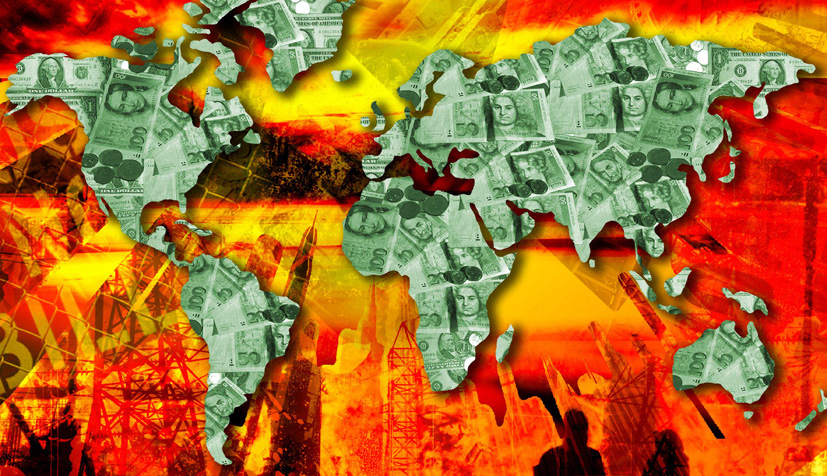 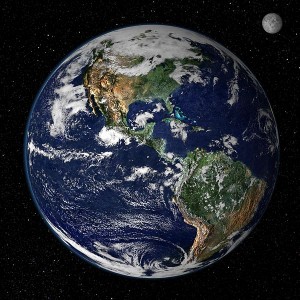 Have you been paying attention to what has been happening in Argentina, Venezuela, Brazil, Ukraine, Turkey and China?  If you are like most Americans, you have not been.  Most Americans don’t seem to really care too much about what is happening in the rest of the world, but they should.  In major cities all over the globe right now, there is looting, violence, shortages of basic supplies, and runs on the banks.  We are not at a “global crisis” stage yet, but things are getting worse with each passing day.  For a while, I have felt that 2014 would turn out to be a major “turning point” for the global economy, and so far that is exactly what it is turning out to be.  The following are 20 early warning signs that we are rapidly approaching a global economic meltdown…

#1 The looting, violence and economic chaos that is happening in Argentina right now is a perfect example of what can happen when you print too much money…

For Dominga Kanaza, it wasn’t just the soaring inflation or the weeklong blackouts or even the looting that frayed her nerves.

It was all of them combined.

At one point last month, the 37-year-old shop owner refused to open the metal shutters protecting her corner grocery in downtown Buenos Aires more than a few inches — just enough to sell soda to passersby on a sweltering summer day.

#2 The value of the Argentine Peso is absolutely collapsing.

Economic mismanagement in Venezuela has reached such a level that it risks inciting a violent popular reaction. Venezuela is experiencing declining export revenues, accelerating inflation and widespread shortages of basic consumer goods. At the same time, the Maduro administration has foreclosed peaceful options for Venezuelans to bring about a change in its current policies.

President Maduro, who came to power in a highly-contested election last April, has reacted to the economic crisis with interventionist and increasingly authoritarian measures. His recent orders to slash prices of goods sold in private businesses resulted in episodes of looting, which suggests a latent potential for violence. He has put the armed forces on the street to enforce his economic decrees, exposing them to popular discontent.

#4 In a stunning decision, the Venezuelan government has just announced that it has devalued the Bolivar by more than 40 percent.

#5 Brazilian stocks declined sharply on Thursday.  There is a tremendous amount of concern that the economic meltdown that is happening in Argentina is going to spill over into Brazil.

#6 Ukraine is rapidly coming apart at the seams…

A tense ceasefire was announced in Kiev on the fifth day of violence, with radical protesters and riot police holding their position. Opposition leaders are negotiating with the government, but doubts remain that they will be able to stop the rioters.

#7 It appears that a bank run has begun in China…

As China’s CNR reports, depositors in some of Yancheng City’s largest farmers’ co-operative mutual fund societies (“banks”) have been unable to withdraw “hundreds of millions” in deposits in the last few weeks. “Everyone wants to borrow and no one wants to save,” warned one ‘salesperson’, “and loan repayments are difficult to recover.” There is “no money” and the doors are locked.

#8 Art Cashin of UBS is warning that credit markets in China “may be broken“.  For much more on this, please see my recent article entitled “The $23 Trillion Credit Bubble In China Is Starting To Collapse – Global Financial Crisis Next?”

Wall Street was rattled by a key reading on China’s manufacturing which dropped below the key 50 level in January, according to HSBC. A reading below 50 on the HSBC flash manufacturing PMI suggests economic contraction.

#10 Japanese stocks experienced their biggest drop in 7 months on Thursday.

#11 The value of the Turkish Lira is absolutely collapsing.

#12 The unemployment rate in France has risen for 9 quarters in a row and recently soared to a new 16 year high.

#13 In Italy, the unemployment rate has soared to a brand new all-time record high of 12.7 percent.

#14 The unemployment rate in Spain is sitting at an all-time record high of 26.7 percent.

#15 This year, the Baltic Dry Index experienced the largest two week post-holiday decline that we have ever seen.

#16 Chipmaker Intel recently announced that it plans to eliminate 5,000 jobs over the coming year.

#17 CNBC is reporting that U.S. retailers just experienced “the worst holiday season since 2008“.

#18 A recent CNBC article stated that U.S. consumers should expect a “tsunami” of store closings in the retail industry…

Get ready for the next era in retail—one that will be characterized by far fewer shops and smaller stores.

On Tuesday, Sears said that it will shutter its flagship store in downtown Chicago in April. It’s the latest of about 300 store closures in the U.S. that Sears has made since 2010. The news follows announcements earlier this month of multiple store closings from major department stores J.C. Penney and Macy’s.

Further signs of cuts in the industry came Wednesday, when Target said that it will eliminate 475 jobs worldwide, including some at its Minnesota headquarters, and not fill 700 empty positions.

#19 The U.S. Congress is facing another deadline to raise the debt ceiling in February.

#20 The Dow fell by more than 170 points on Thursday.  It is becoming increasingly likely that “the peak of the market” is now in the rear view mirror.

And I have not even mentioned the extreme drought that has caused the U.S. cattle herd to drop to a 61 year low or the nuclear radiation from Fukushima that is washing up on the west coast.

In light of everything above, is there anyone out there that still wants to claim that “everything is going to be okay” for the global economy?

Sadly, most Americans are not even aware of most of these things.

All over the country today, the number one news headline is about Justin Bieber.  The mainstream media is absolutely obsessed with celebrity scandals, and so is a very large percentage of the U.S. population.

A great economic storm is rapidly approaching, and most people don’t even seem to notice the storm clouds that are gathering on the horizon.

In the end, perhaps we will get what we deserve as a nation.