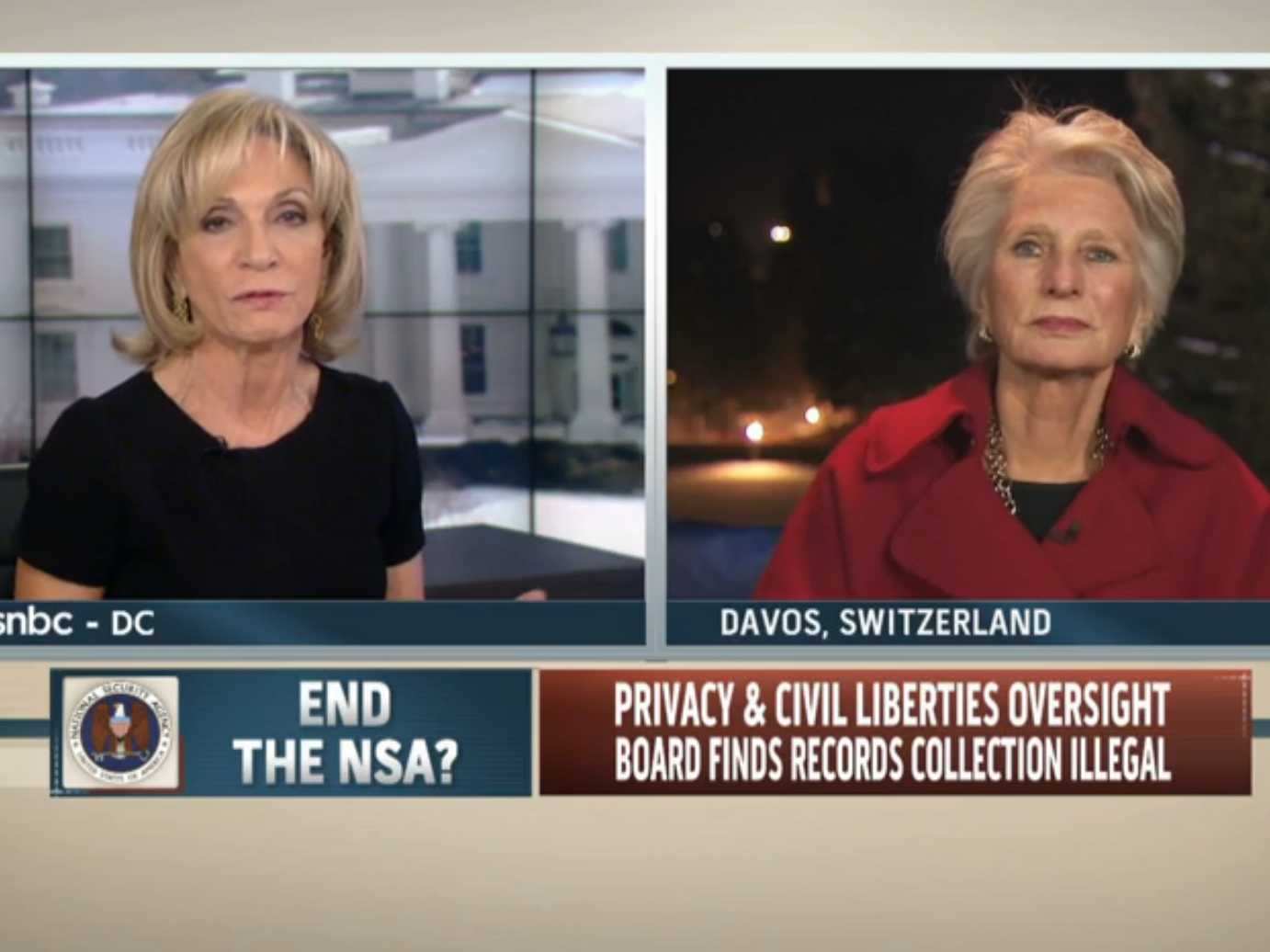 A viral video clip which shows an MSNBC host interrupting a Congressman talking about shutting down NSA spying to switch to “breaking news” of Justin Bieber’s court appearance is a perfect illustration of why the mainstream media is dying.

The clip shows Congresswoman Jane Harman talking to MSNBC’s Andrea Mitchell, who was recently slammed for conducting a softball interview with a CIA torture-endorsing lawyer.

The pair were discussing the news that the government-appointed Privacy and Civil Liberties Oversight Board had found that the NSA’s phone spying program was illegal, should be terminated, and had not led to the apprehension of a single terrorist.

“Congresswoman Harman, let me interrupt you just for a moment we’ve got some breaking news out of Miami, stand by if you will,” host Andrea Mitchell states as she cuts off the Congresswoman mid-sentence. “Right now in Miami Justin Bieber has been arrested on a number of charges.”

The video feed then switches to cover the earth-shattering importance of the 19-year-old pop star’s appearance in court.

The corporate media’s power over the last few decades has rested on its ability to dictate reality by affording blanket coverage to complete non-issues while ignoring or downplaying actual stories that impact millions of people.

The corporate media’s refusal to cover real issues has also led to record high levels of distrust in media. Last year, a Gallup poll found that just 23 per cent of Americans trust the institution of television news.

This is why mainstream media is collapsing and alternative media in all its different guises is filling the vacuum.

Just who does MSNBC think its audience is? 14-year-old schoolgirls? The fact that mainstream networks across the board had Bieber as their top story proves that such organizations are no longer in the business of covering real news and are quickly beginning to resemble irrelevant imitations of vapid entertainment cable channels.