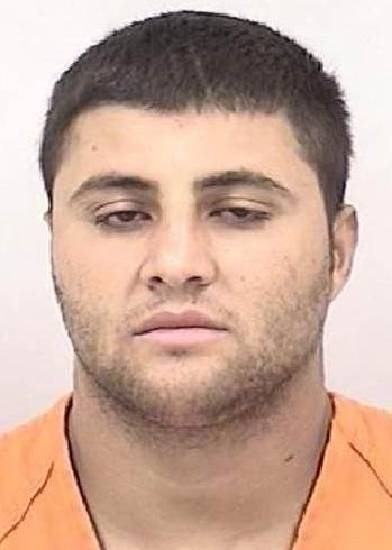 More of the poisonous fruit of importing jihad. If the US was allowing Iraqis to immigrate into the country, it should have been the Christians who have been ethnically cleansed after the US invasion of Iraq. The Jews of Iraq were long driven out or annihilated, despite their presence there since biblical times –  documented from the time of the Babylonian exile, c. 586 BC.

Iraqi Jews constituted one of the world’s oldest and most historically significant Jewish communities.

But they were driven out when the Muslim world exploded after the establishment of Israel. But that for another post.

How they brutalized this woman. It is the work of monsters. Vicious unspeakable violence. Police called the attack “horrific” and blame Ramadon for the worst of it.

Why this woman would have gone with these savages is beyond me. Perhaps to show how un-islamophobic she was. But the fact is that these crimes and Muslim gang violence against the kuffar are escalating in direct correlation to increased Muslim immigration.

Jasim Mohammed Hassin Ramadon had shoved his hand into the woman’s rectum, which caused the internal bleeding.

He said the woman’s ordeal ended only when “the unmistakable odor of feces filled the room,” prompting Mohammed to demand that she and Ramadon leave their apartment.

Ramadon as the man who brutalized the woman – inflicting an injury so severe that doctors say she could have died without medical intervention. (more here)

Two Colorado Springs police officers described the attack in grisly detail. The victim, who awoke surrounded by blood and unable to move on the morning of July 22, was taken to the hospital with injuries that could have killed her, said officer Dedra Phillips, who was the first officer to respond to the scene.

According to the testimony of Phillips and Caro, the victim told police she became incoherent after she drank what she thought was lemonade and she didn’t wake up until the next morning. All of the men except Al Juboori were in the apartment at the time of the attack, Caro said.

While interviewed by lawyers for the defendants, Caro said that Mohammed told her that he was unaware of the severity of the attack and assumed Ramadon would be ticketed for the crime. (more here)

The victim was bleeding to death and he was unaware of the severity of the crime?

During an interview, Muhammad said that he assumed that Ramadon would be” ticketed for the crime.” Is that the penalty under Islamic law, a ticket for brutal rape? Actually in a Muslim country under sharia, she would be charged, and could only escape jail by marrying her rapist.

A 21-year-old Iraqi immigrant was found guilty Tuesday on multiple counts of sexual assault, but innocent on one count of 1st degree assault.

Ramadon could face life in prison; he will be sentenced April 18.

Four other Iraqi immigrants were also charged in connection to the crime, which left a semiconscious woman nearly dead and bleeding internally.

Three of the four other men, all of whom, along with Ramadon, were brought to the United States after helping U.S. military personnel in Iraq, had been accused of lying to police about the rape. They ended up with misdemeanor convictions.

The other man, Sarmad Fadhi “Levi” Mohammed, 26, was convicted of placing his penis in the woman’s mouth and is serving 16 years to life in prison.

The woman apparently went to the men’s apartment in after they were involved in a fight with soldiers in the complex parking lot.

The four men told police that Ramadon had shoved his hand into the woman’s rectum, which caused the internal bleeding. As Ramadon’s trial began, the jury heard conflicting portrayals of his involvement in the crime.

Prosecutors continued to paint a picture of Ramadon’s guilt throughout the trial, while defense attorney Kim Chalmers argued that the other four, who lived together, devised a story in a police-car ride that would pin the crime on Ramadon who was referred to as an “acquaintance.”

Ramadon was tried as “Hendrix,” a name he took after being brought to the United States with the help of a soldier with the same last name, but spelled “Hendrex.” The soldier’s experiences giving safe harbor to Ramadon are documented in the book “A Soldier’s Promise.”