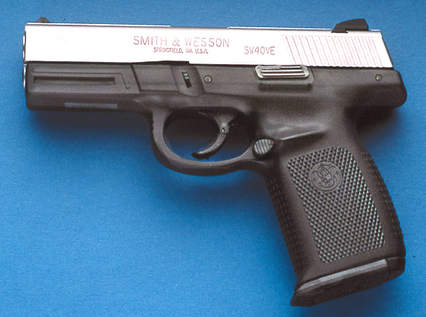 Gun control advocates in California are high-fiving each other, as the ridiculous regulation requiring “microstamping” has driven Sturm Ruger and now Smith & Wesson, two of the biggest manufacturers of handguns in the United States, out of the state. The newly enforced legislation is little more than a stealth ban on semi-auto handguns, dressed up to look like a simple crime-solving technology.

Ballistic imprinting, or “microstamping” is a technology that engraves a marking onto the firing pin of a gun.  When the weapon is fired, the imprint of this marking is left on the bullet casings.  The avowed purpose of this mark is to allow investigators to identify the registered owner of a gun used in a crime.

However, some manufacturers refuse to comply, saying the technology is unworkable and can actually impair the performance of the gun.

Smith and Wesson made the following statement in a press release:

“Smith & Wesson does not and will not include microstamping in its firearms. A number of studies have indicated that microstamping is unreliable, serves no safety purpose, is cost prohibitive and, most importantly, is not proven to aid in preventing or solving crimes.” (source)

The CEO of Ruger agrees, stating that the company is being “forced out” of California.

There are several reasons that microstamping isn’t all it’s cracked up to be.

For one, if the gun has been stolen, as often happens (because criminals are the ones committing crimes) then obviously this technology won’t really help to solve those mysteries. Furthermore, the technology is new and has not been proven. Even the patent holder admits that it’s not ready for mandatory implementation.

The patent holder of microstamping tech, Todd Lizotte, was part of a Department of Justice study team which concluded that, “legitimate questions exist related to both the technical aspects, production costs, and database management associated with microstamping that should be addresses before wide scale implementation is legislatively mandated,” according to the study which was published in the Association of Firearm and Toolmark Examiners (AFTE) Journal. (source)

Of course, this didn’t stop the legislators in California from forcing this law through anyway.

“This is the latest attempt to undermine the Second Amendment in California by politicians with little to no knowledge of firearms, who seek to impose their liberal values upon those who choose to protect their families with the constitutional right to own a handgun,” said Chuck Michel, West Coast Counsel for the National Rifle Association, an Adjunct Professor at Chapman University and author of the book “California Gun Laws.” (source)

The gun-shy state is quickly becoming notorious for its clueless legislators who give impassioned speeches against the guns that they know nothing about.  Who can forget this hilarious video from earlier in the week of California Senator Kevin de Leon making ridiculous and semi-literate claims about a “ghost gun”?

In reality, though, this is no laughing matter. This is the 2nd Amendment we’re talking about. Gun control advocates can’t ban the guns outright, but they can limit the ability to buy ammunition, they can make ridiculous requirements that are impossible for manufacturers to meet and they can make the process of purchasing firearms onerous and burdensome on law-abiding citizens.

Whatever the method, the end result is the same – good people who follow the rules will have difficulty defending themselves while criminals, whether they be street thugs or thugs in uniform, won’t be held to the same restrictions.