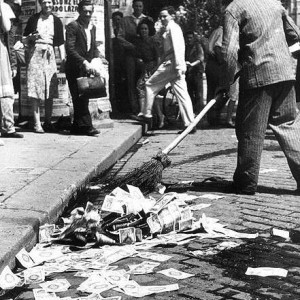 This time, the Federal Reserve has created a truly global problem.  A big chunk of the trillions of dollars that it pumped into the financial system over the past several years has flowed into emerging markets.  But now that the Fed has decided to begin “the taper”, investors see it as a sign to pull the “hot money” out of emerging markets as rapidly as possible.  This is causing currencies to collapse and interest rates to soar all over the planet.  Argentina, Turkey, South Africa, Ukraine, Chile, Indonesia, Venezuela, India, Brazil, Taiwan and Malaysia are just some of the emerging markets that have been hit hard so far.  In fact, last week emerging market currencies experienced the biggest decline that we have seen since the financial crisis of 2008.  And all of this chaos in emerging markets is seriously spooking Wall Street as well.  The Dow has fallen nearly 500 points over the last two trading sessions alone.  If the Federal Reserve opts to taper even more in the coming days, this currency crisis could rapidly turn into a complete and total currency collapse.

A lot of Americans have always assumed that the U.S. dollar would be the first currency to collapse when the next great financial crisis happens.  But actually, right now just the opposite is happening and it is causing chaos all over the planet.

For instance, just check out what is happening in Turkey according to a recent report in the New York Times…

Turkey’s currency fell to a record low against the dollar on Friday, a drop that will hit the purchasing power of everyone in the country.

On a street corner in Istanbul, Yilmaz Gok, 51, said, “I’m a retiree making ends meet on a small pension and all I care about is a possible increase in prices.”

“I will need to cut further,” he said. “Maybe I should use my natural gas heater less.”

As inflation escalates and interest rates soar in these countries, ordinary citizens are going to feel the squeeze.  Just having enough money to purchase the basics is going to become more difficult.

And this is not just limited to a few countries.  What we are watching right now is truly a global phenomenon…

“You’ve had a massive selloff in these emerging-market currencies,” Nick Xanders, a London-based equity strategist at BTIG Ltd., said by telephone. “Ruble, rupee, real, rand: they’ve all fallen and the main cause has been tapering. A lot of companies that have benefited from emerging-markets growth are now seeing it go the other way.”

So why is this happening?  Well, there are a number of factors involved of course.  However, as with so many of our other problems, the actions of the Federal Reserve are at the very heart of this crisis.  A recent USA Today article described how the Fed helped create this massive bubble in the emerging markets…

Emerging markets are the future growth engine of the global economy and an important source of profits for U.S. companies. These developing economies were both recipients and beneficiaries of massive cash inflows the past few years as investors sought out bigger returns fostered by injections of cheap cash from the Federal Reserve and other central bankers.

But now that the Fed has started to dial back its stimulus, many investors are yanking their cash out of emerging markets and bringing the cash back to more stable markets and economies, such as the U.S., hurting the developing nations in the process, explains Russ Koesterich, chief investment strategist at BlackRock.

“Emerging markets need the hot money but capital is exiting now,” says Koesterich. “What you have is people saying, ‘I don’t want to own emerging markets.'”

What we are potentially facing is the bursting of a financial bubble on a global scale.  Just check out what Egon von Greyerz, the founder of Matterhorn Asset Management in Switzerland, recently had to say…

If you take the Turkish lira, that plunged to new lows this week, and the Russian ruble is at the lowest level in 5 years. In South Africa, the rand is at the weakest since 2008. The currencies are also weak in Brazil and Mexico. But there are many other countries whose situation is extremely dire, like India, Indonesia, Hungary, Poland, the Ukraine, and Venezuela.

I’m mentioning these countries individually just to stress that this situation is extremely serious. It is also on a massive scale. In virtually all of these countries currencies are plunging and so are bonds, which is leading to much higher interest rates. And the cost of credit-default swaps in these countries is surging due to the increased credit risks.

And many smaller nations are being deeply affected already as well.

For example, most Americans cannot even find Liberia on a map, but right now the actions of our Federal Reserve have pushed the currency of that small nation to the verge of collapse…

Liberia’s finance minister warned against panic today after being summoned to parliament to explain a crash in the value of Liberia’s currency against the US dollar.

“Let’s be careful about what we say about the economy. Inflation, ladies and gentlemen, is not out of control,” Amara Konneh told lawmakers, while adding that the government was “concerned” about the trend.

Closer to home, the Mexican peso tumbled quite a bit last week and is now beginning to show significant weakness.  If Mexico experiences a currency collapse, that would be a huge blow to the U.S. economy.

Like I said, this is something that is happening on a global scale.

If this continues, we will eventually see looting, violence, blackouts, shortages of basic supplies, and runs on the banks in emerging markets all over the planet just like we are already witnessing in Argentina and Venezuela.

Hopefully something can be done to stop this from happening.  But once a bubble starts to burst, it is really difficult to try to hold it together.

Meanwhile, I find it to be very “interesting” that last week we witnessed the largest withdrawal from JPMorgan’s gold vault ever recorded.

Was someone anticipating something?

Once again, hopefully this crisis will be contained shortly.  But if the Fed announces that it has decided to taper some more, that is going to be a signal to investors that they should race for the exits and the crisis in the emerging markets will get a whole lot worse.

And if you listen carefully, global officials are telling us that is precisely what we should expect.  For example, consider the following statement from the finance minister of Mexico…

“We expected this year to be a volatile year for EM as the Fed tapers,” Mexican Finance Minister Luis Videgaray said, adding that volatility “will happen throughout the year as tapering goes on”.

Yes indeed – it is looking like this is going to be a very volatile year.

I hope that you are ready for what is coming next. 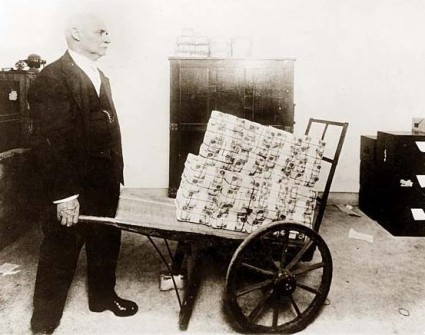 Michael T. Snyder is the Editor of The Financial Collapse Blog.