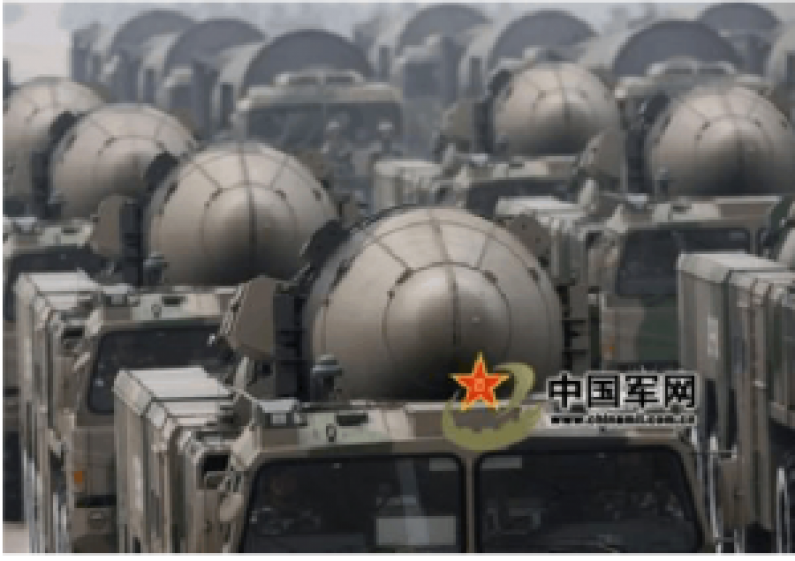 “In battle, there are not more than two methods of attack — the direct and the indirect; yet these two in combination give rise to an endless series of maneuvers.”

Battles are waged on the battlefield and on the high seas and may take hours. Skirmishes in the air are measured in minutes.

The next major battle the US and its allies will see may only take 200 nanoseconds. And sensitive electronics aren’t the only things destroyed. The human body can by damaged as well.

The electromagnetic pulse (EMP) effect was discovered during the Star Fish Prime nuclear test in July of 1962. Even though the missile detonated at a height of 680 miles above sea level, 898 miles away in Hawaii, 300 streetlights were disabled, setting off numerous burglar alarms and damaging a telephone company microwave link.

In an article “Electromagnetic pulse bombs are Chinese ace”, written in Chinese, author Lou Xiaoqing explains the People’s Liberation Army’s goals for using the electromagnetic pulse weapon as a one-two punch to incapacitate Taiwan forces, as well as disable American ships in the area.

The first punch would to disable non-hardened electronics and command/control centers. The EMP is attractive to militaries because of the following reasons (DDR&E, 1997):

The conventional EMP weapons are the known as the Explosively Pumped Flux Compression Generators (FCG) which is capable of producing electrical energy of tens of mega joules in ten to hundreds of microseconds of time in a relatively small package,and the Explosive Driven Magneto Hydrodynamic Generators (MHD), which uses an ionized gas or plasma moving through a magnetic field to produce an electric current perpendicular to the direction of the field and the conductor motion. By using a self-excited iron core copper magnet, a magnetic field of 5 to 6 Tesla is generated.

The Commission to Assess the Threat from High Altitude Electromagnetic Pulse (EMP) conferred with Russian Generals Vladimir Beolus and Viktor Slipchenko, who stated that Russia designed an “enhanced EMP” nuclear weapon; that Russian, Chinese, and Pakistani scientists are working in North Korea to enable that country to develop an EMP weapon in the near future, and that the North Koreans constituted a grave threat to the world when armed with an EMP.

The second punch is the health effects of exposure to the EMP.

Chinese researchers in 2005 conducted a study to assess the influence of EMP on heart cells, or cardiomyocytes.

After irradiation, the cardiomyocytes pulsated slower or stop, the cells conformation was abnormal, the cells viability declined, and the percentage of apoptosis and necrosis increased significantly (P< 0.01). The cell membrane had pores unequal in size, and lost its penetration character. The concentration of Na+, K+, Ca2+, Cl-, Mg2+, Ca2+ and P3+ in cell culture medium increased significantly (P< 0.01). and the concentration of Ca2+ in cells ([Ca2+]i) decreased significantly (P<0.01). The results indicated that cardiomyocytes are susceptible to non-ionizing radiation. Pulse electromagnetic field can induce cardiomyocytes electroporation, and can do great damage to cells conformation, structure and function. Electroporation is one of the most critical mechanisms to explain the athermal effects of electromagnetic radiation.

The study shows that the heart will be unable to function as well as it should, and complications would include death or serious damage of the heart, and by extension, death to those exposed to an EMP.

Lou Xiaoqing’s article revealed some further disturbing information. If China decided to use the EMP against Taiwan, the detonation point would only be approximately 18 miles in altitude. Any any higher, and they run the risk of damaging civilian and military equipment on the Chinese mainland.

This close proximity to the blast places the people of Taiwan in jeopardy based on the above referenced study. Would it be a 100% kill rate? No. But it would lead to some long term disability in those most susceptible, such as the elderly, the young, and the unborn.

The other disturbing point that Xiaoqing made was:

“[China] is attracted to the fight against the U.S. military after the effective range, using them as a means of surprise [attack] or as a [intimidation factor] United States [will] abandon the use of aircraft carrier battle groups to defend Taiwan

The bottom line is that the United States if China decided to [use] force to recover Taiwan, the U.S. military will likely prevent incidents. Now, the U.S. military is too fragmented. And economic downturn, which makes the ” help Taiwan defend itself ” becomes difficult.”

It seems that Xiaoqing understands the Western mindset too well. For our military has been neutered by the “feel good” politics and the Keynesian economic model has left us broke and penniless.

Other articles in the series: