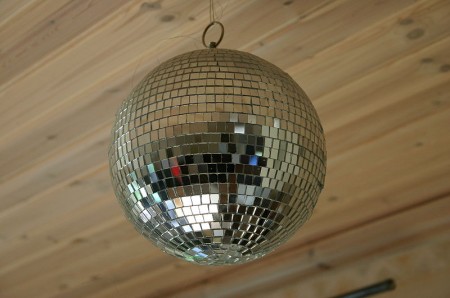 If you could go back and live in America during the 1970s would you do it?  Has the United States become a better place to live over the past 40 years or have things gotten worse?  Without a doubt there are arguments that can be made both ways.  For example, who really wants to go back to a time when you actually had to “dial” a phone or rewind a cassette tape in order to find your favorite song?  On the other hand, wouldn’t it be nice to live at a time when virtually everyone could find a good job, when television was not so filthy and when you didn’t have to worry about locking your front door at night?  Some would say that we have come a long way in 40 years.  Others lament how far we have fallen.  So what do you think?  Read over the 28 points of comparison between 1970s America and America today posted below and then share your opinion by leaving a comment at the end of the article…

2. In the 1970s we had Richard Nixon and Jimmy Carter.  Today, we have Barack Obama.

3. In the 1970s, Americans fell in love with stupid fads such as mood rings, lava lamps and pet rocks.  Today, we have twerking, “planking”, crocs, wedge sneakers and pajama jeans.

6. In the 1970s, presidents were tapping the phones of their enemies.  Today, the government is recording all of our calls.  In fact, the NSA intercepts and permanently stores close to 2 billion emails and phone calls every single day.

7. In the 1970s, gum chewing and talking in class were some of the major disciplinary problems in our schools.  Today, many of our public schools have been equipped with metal detectors because violence has become so bad.

8. In the 1970s, you could sit down and watch television with your children in the evenings without being too concerned about what they were about to see.  Today, not so much.

9. In the early 1970s, Pong was the hottest video game in America.  In the late 1970s, Space Invaders took America by storm.  Today, the video games have become so incredibly advanced and so extremely entertaining that video game addiction has become a major problem.

10. In the 1970s, most of the products in our stores were made in America and we barely conducted any trade with China.  Today, it seems like almost everything we buy has “made in China” stamped on it and our yearly trade deficit with China is now about 300 billion dollars.

15. In the 1970s, Star Wars was released.  It is still far superior to any movie that has come out so far this year.

18. In the 1970s, many Americans regularly left their cars and the front doors of their homes unlocked at night.  Today, many Americans live with steel bars on their windows and gun sales are at record highs.

19. Consumer debt in the United States has risen by a whopping 1700% since 1971, and today 46% of all Americans carry a credit card balance from month to month.

20. In the 1970s, most Americans still respected the U.S. Constitution.  Today, if you are a “Constitutionalist”, you may get labeled as a potential terrorist by the U.S. government.

22. 40 percent of all workers in the United States actually make less than what a full-time minimum wage worker made back in 1968.

25. In 1979, Sony introduced the Walkman.  When you wanted to listen to a particular song, you had to rewind your tape to find it.  Today, everyone has iPods and it takes just seconds to sort through thousands of songs.

28. In the 1970s, hippies were smoking dope, attending rock festivals and singing protest songs.  Today, they are running the U.S. government.