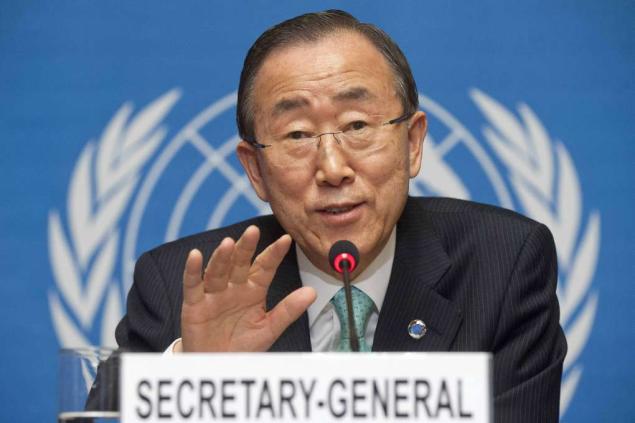 Burundi is a republic. It’s one of the poorest nations on earth, and it has been ravaged by civil war. The elections due in early 2015 could possibly spark more unrest.

The United Nations have been ‘working’ in Burundi for some time, but the government has asked them to leave by August of this year.

Ban Ki Moon, head of the United Nations, has refused to leave. In fact, he has extended the organizations stay in the country by a full year.

“…that the political scene remains deeply polarized, with the Government using its dominance in Parliament to enact laws infringing on political and civil rights, contributing to a shrinking of political space, while the opposition threatens to take steps to confront the Government.”

Just look at that statement for a minute. Does it sound familiar? Isn’t this what governments the world over do? Isn’t the Obama administration, right now, using its power to infringe our rights, both politically and civilly? Doesn’t the ‘opposition’ making their voices heard over the debt ceiling every few months constitute confrontation? Okay, it may not at this point be a violent confrontation but that wasn’t mentioned in the statement.

Mr. Ban stressed that President Pierre Nkurunziza’s request that BINUB, headed by Mr. Onanga-Anyanga, be drawn down within six months as of 15 February, so that Burundi can take fuller ownership of its political process, “poses a difficult dilemma, given the continuing need for a United Nations political presence”.

The bottom line is that the United Nations, who has ‘peace keeping’ troops on the ground in Burundi, has refused the request of the government of Burundi to leave. The government officials of this small and troubled African nation don’t want a UN political presence, they don’t want any UN presence past August of this year. That’s their right.

I am not saying that Burundi does not need help…hungry people, sexual violence and corruption abound. HOWEVER, if a country asks an organization to leave, then that organization should not have the power to not only defy the request, but to extend their stay. Burundi is a recognized nation, and as such should have the right to decide who is welcome on its soil and who isn’t.

This is a prime example of the current leader of the New World Order doing as he likes, when he likes, and to hell with anyone who objects.

You can read more here.