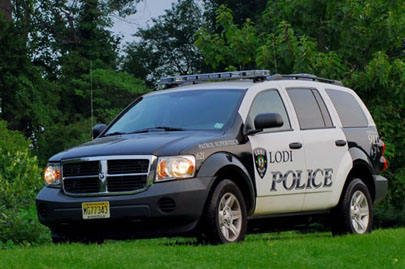 Early in the morning of January 25th, 2014 a man saw some Lodi police employees detaining another gentleman and attempted to capture the truth of the incident with his camera. Immediately he was aggressively confronted and called a “fucking clown.” This, by someone who swore an oath to “protect the innocent against … intimidation” and to “enforce the law courteously and appropriately without fear.” The videographer left the scene as he felt “very threatened,” according to the person who send the copy of the video to Cop Block.

Today I called the Lodi police outfit and spoke with Richard Policastro, who heads-up the patrol division, and Vincent A. Quatrone, the deputy chief to find out the names of the Lodi police employee on the scene:

Will the aggressive Lodi-police-badge-wearing individual who clearly acted out of line be held accountable?