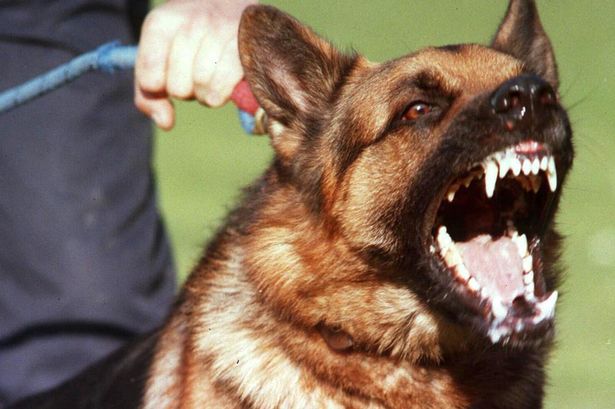 Katharina Lambert, age 88, was sleeping in her own home in San Bernardino, California.

If true, as police say, this does not explain the way they responded. With no warrants, no pressing circumstances, no announcement and no warning about a dog; three officers entered her home and officer J. Echevarria released an attack dog that quickly went to her bedroom.

Lambert awoke to vicious bites to her arm and shoulder causing serious injuries like puncture wounds and severe bruising, she says. Echevarria had to physically remove the dog from Lambert to stop the attack.

She also claims that medical treatment was delayed and that the department knew about her severe hearing impairment. She doesn’t pull punches when it comes to accountability. She is personally zeroing in on everyone involved and believes that the culture of San Bernardino police encourages the idea that “it is permissible to unlawfully enter a person’s home, deploy a police K-9 to attack innocent people, refuse to accommodate a disabled person, and delay prompt medical care.”

Whether the victims are sleeping or not, the more police sic attack dogs on citizens, the less it appears accidental. Here is a sampling of sleeping victims, sometimes with deadly results:

An officer who defended a police dog that attacked a playing child came up with some excuses for the incident. One of them was that a police dog “can’t differentiate between a playing boy and a crime suspect.” Comforting revelation. And, “Anything running, they’re trained … could be a potential threat. And all he’s doing is reacting and doing what he was trained to do.”