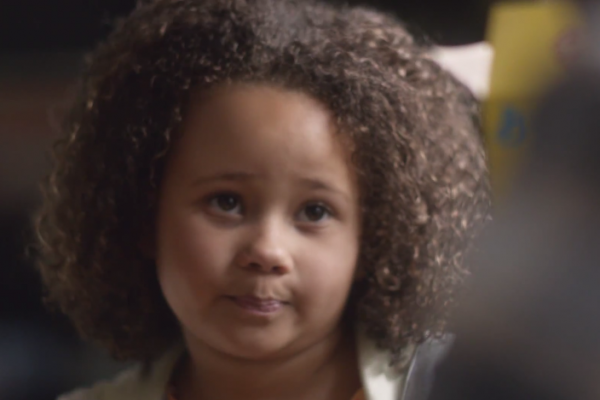 The liberals at MSNBC have stepped in it again, insulting conservatives all over the country with an ill-conceived Tweet.

The hubbub, apropos of nothing, came about when a preview of this adorable commercial featuring a mixed race family, aired.

No racist comments had occurred from the Conservative side but MSNBC decided to stir the pot with this tweet, which was subsequently deleted. 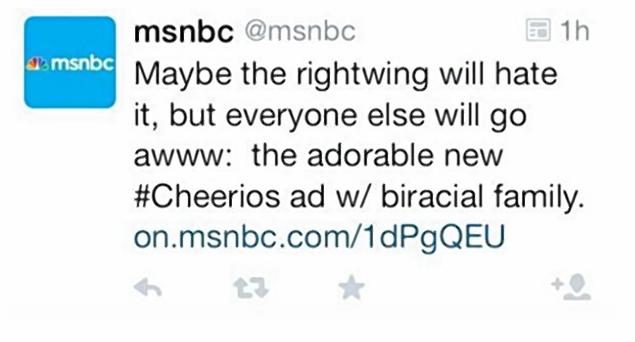 It’s especially important to note that the public racism of late has actually been from MSNBC, who had to issue a public apology recently to the Romney family for mocking their infant black grandson.

MSNBC, for all of their talk of tolerance, is clearly much more interested in race than the Conservative folks. It’s pretty obvious that they are trying to stir up conflict where none exists. Are their ratings that bad that they must resort to trying to instigate some kind of race war?

Michelle Malkin, the founder of Twitchy and a syndicated columnist, struck back against the blatant race-baiting. She created the Twitter hashtag #MyRightWingBiRacialFamily and posted a photo of her own beautiful (mixed race) children.

Hey @msnbc jerks: This is #MyRightwingBiracialFamily. We love #cheerios. Enough with your race card crap==> pic.twitter.com/DZikmrD0PK

Her readers were not far behind, and a wonderful thing happened on Twitter.

Hundreds of people who identify with conservatives and libertarians began to send in pictures of their own gorgeous mixed race families.You can see some of the pictures HERE.

It’s pretty clear by this deluge of love that Michelle Malkin has won this round hands down. Go home, MSNBC. You’re drunk.

You've been served, @msnbc. Take notice all the rest of you left-wing race card players. Your smears WILL be crushed. http://t.co/67v9yW49Jt