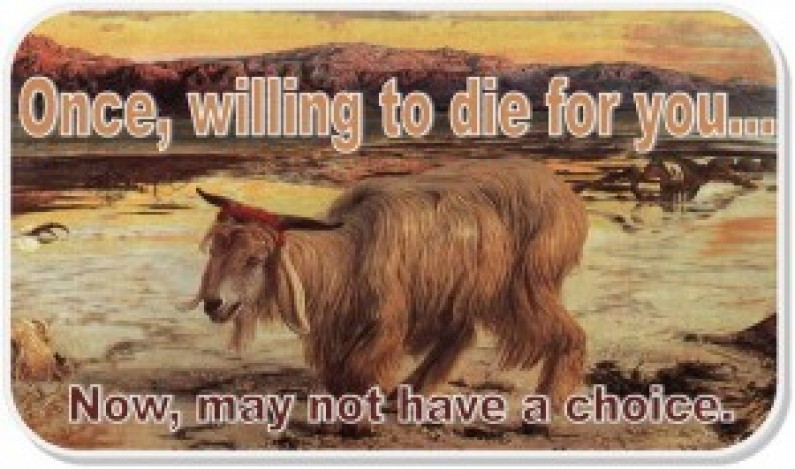 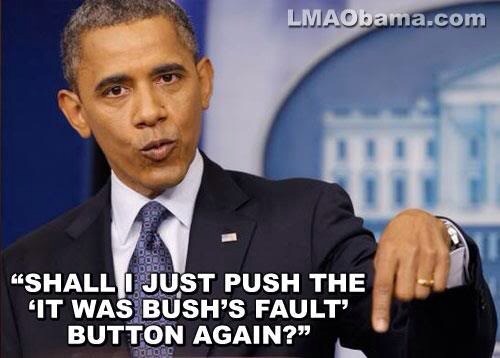 1.  a person or group made to bear the blame for others or to suffer in their place.

1. The persons or group that blame will be laid upon, in order to secure a dictatorship

Mark Twain once commented that time never repeats itself, it only rhymes. Time does rhyme nicely every spring when love blossoms, as it did the year before. Or every four years the battle of big money and slime decides who will be our next leader, the leader of the free world.

But when time rhymes in a bad way, a way that makes grown men shudder, then it’s time to be paying very close attention to what’s going on.

NAZI Germany’s scapegoat, the Jew, never really had a chance with Adolf Hitler. While in his hospital bed, suffering from the effects of a mustard gas attack in 1918, he began to ascribe the woes of Father Germany to the Jews. He believed that it was their money and influence that powerful Jews had started the war to bring Europe financially and politically into ruin and make Europe susceptible to Jewish “control”, as well as that the Jews controlled the complex finances of the reparations system for their own profit.

To quote Saul Alinksky’s Rules for Radicals, “Pick the target, freeze it, personalize it, and polarize it.”

Hitler was able to name the the target/scapegoats – Jews, freeze them from financially aiding other Jews by legislation, personalize the Jews as enemies by use of the Gold Star and concentration camps, and finally polarized the Jews by simply using the false premise, “You’re either with Germany, or you are against it”. The implied consequence of not joining the German effort is to be deemed an enemy.

Which brings us to Obama’s Scapegoat. Who are they?

The American Veteran.  According to one source, they number approximately 12.1 million strong.

Veterans come from all walks of life, all colors, all creeds, and have two things in common: A willingness to die for our Great Republic, and a never-ending source of love for our country. Those two traits, and of course, the love of blowing things up and being very well trained in killing America’s enemies, make the Veteran a mortal danger to Mr. Obama and his drive for a dictatorship. Obama’s scapegoat will have to be picked, frozen, personalized, and of course, polarized.

The first two parts have been completed, thanks to useful idiots like Senator Dianne Feinstein (D-CA) and Senator Charles Schumer that want to limit Veteran’s access to firearms, and to allow the VA, not a member of judiciary, to find a Veteran “mentally incompetent”. And Mr. Obama signs the VA employees paychecks.

The second part is freezing the Veteran from his access to weapons. The gun show “loophole” the ability of law abiding citizens to buy and sell firearms without paying a fee for a background check, is on the chopping block. This would actually fall under Alinsky’s Rule #4, or “Make the enemy live up to its own book of rules.”

Personalizing Obama’s scapegoat would require massive legislation on Congress’ watch, or just a stroke of a pen by Mr. Obama. By using faulty science, as he has done with “Climate Change”, Obama can simply state “All veterans have PTSD, therefore, all veterans lose their right to own firearms.” It is part of the Hegelian dialectic, which in part goes like this:

And the Heglian dialectic is the favorite model in which Marxist and Socialist countries operate from.

Once the “law” is signed, odious to the Constitution, then Veterans will face a choice: Surrender their weapons or become a criminal.

Perhaps that is why we have FEMA camps? Is this the way Veterans will be Polarized? Will the Mainstream News have tag lines that say, “You are either with Us and Obama, or we will send you to the camps.” Impossible you say? Nothing is impossible.

Obama once said, “We cannot continue to rely on our military in order to achieve the national security objectives we’ve set. We’ve got to have a civilian national security force that’s just as powerful, just as strong, just as well-funded.”

I hope you might have noticed two little facts that will show that this has already happened:

Our US Military that are still stationed in the US numbers are too few in numbers to do what needs to be done in the event of martial law being declared. Obama’s vulgar disdain for the US Military is legendary. And the one group that can defend the weak, the Veterans, will become Obama’s scapegoat to prevent any chance of stopping him from becoming America’s First Citizen, and First Dictator.

Once the Veteran is disarmed, disarming everyone else will be easy.