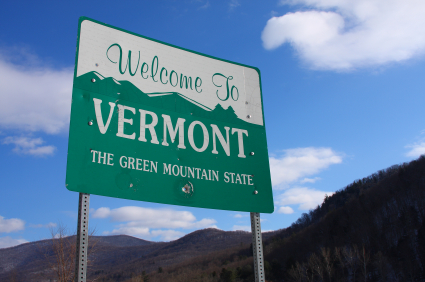 Based on model legislation drafted by the OffNow coalition, House Bill 732 (H732) would make it state policy to “refuse to provide material support for or assist or in any way participate in the collection of a person’s electronic data or metadata by any federal agency or pursuant to any federal law, rule, regulation, or order unless the data is collected pursuant to a warrant that particularly describes the persons, places, and things to be searched or seized.”

Practically speaking, the Vermont bill addresses two areas where the NSA relies on state assistance to continue their programs.

It would ban the state from using information collected without warrant by any federal agency in criminal investigations or prosecutions.

As Reuters reported in August, 2013, the secretive Special Operations Division (SOD) is “funneling information from intelligence intercepts, wiretaps, informants and a massive database of telephone records to authorities across the nation to help them launch criminal investigations of Americans.”

Documents obtained by Reuters show that these cases “rarely involve national security issues,” and that local law enforcement is directed by SOD to “conceal how such investigations truly begin.”

Shane Trejo of the OffNow coalition suggested that this was the most important part of the legislation.

“While state actions might not be able to physically stop the NSA from collecting our data without a warrant, legislation such as this can significantly reduce the practical effect of what they are trying to do with it, namely, use it in the states for non-terror criminal cases, such as prosecuting the war on cannabis,” he said.

The bill would also ban the state of Vermont from providing any resources, including water or electricity, which aids any federal agency in the collection of electronic data or metadata without a “judicially-issued warrant that particularly describes the persons, places, and things to be searched or seized.”

While the NSA does not have a physical facility in Vermont, the legislation addresses “any federal agency,” which brings many others under the proposed ban on state cooperation.

Reports in the Washington Post and USA Today last fall documented how “the FBI and most other investigative bodies in the federal government” regularly use a mobile device known as a “stingray” to intercept and collect electronic data without a warrant. Local and state police “have access through sharing agreements.”

In a statement on his website, Zagar, an under-40 part-time citizen legislator, said one of his goals for 2014 was to “work with fellow representatives from across the state and across the aisles to try to improve the state of our state.”

By working with cosponsors identified as Democrat, Progressive Democrat, Republican and Independent, Shahid Buttar of the Bill of Rights Defense Committee noted that Zagar’s bill is part of a growing effort nationally to cross political boundaries to resist mass surveillance.

“We look forward to building transpartisan grassroots campaigns, both online and off-line, in states around the country to secure fundamental First and Fourth amendment rights violated en masse by the NSA,” said Buttar.

“This crosses party lines. Left, right and even the generally apathetic are outraged that their government is spying on them day in and day out,” he said. “Violations of our basic civil liberties impacts us all -Democrats, Republicans and independents alike. For all of our political bickering, Americans rally around certain core principles enshrined in our Constitution. It’s fitting that these four legislators are standing together to defend these values.”

H732 has been referred to the Vermont House Judiciary Committee where it will need to be passed by a majority vote before being considered by the full state house.

Track the status of similar legislation around the country at http://offnow.org/state