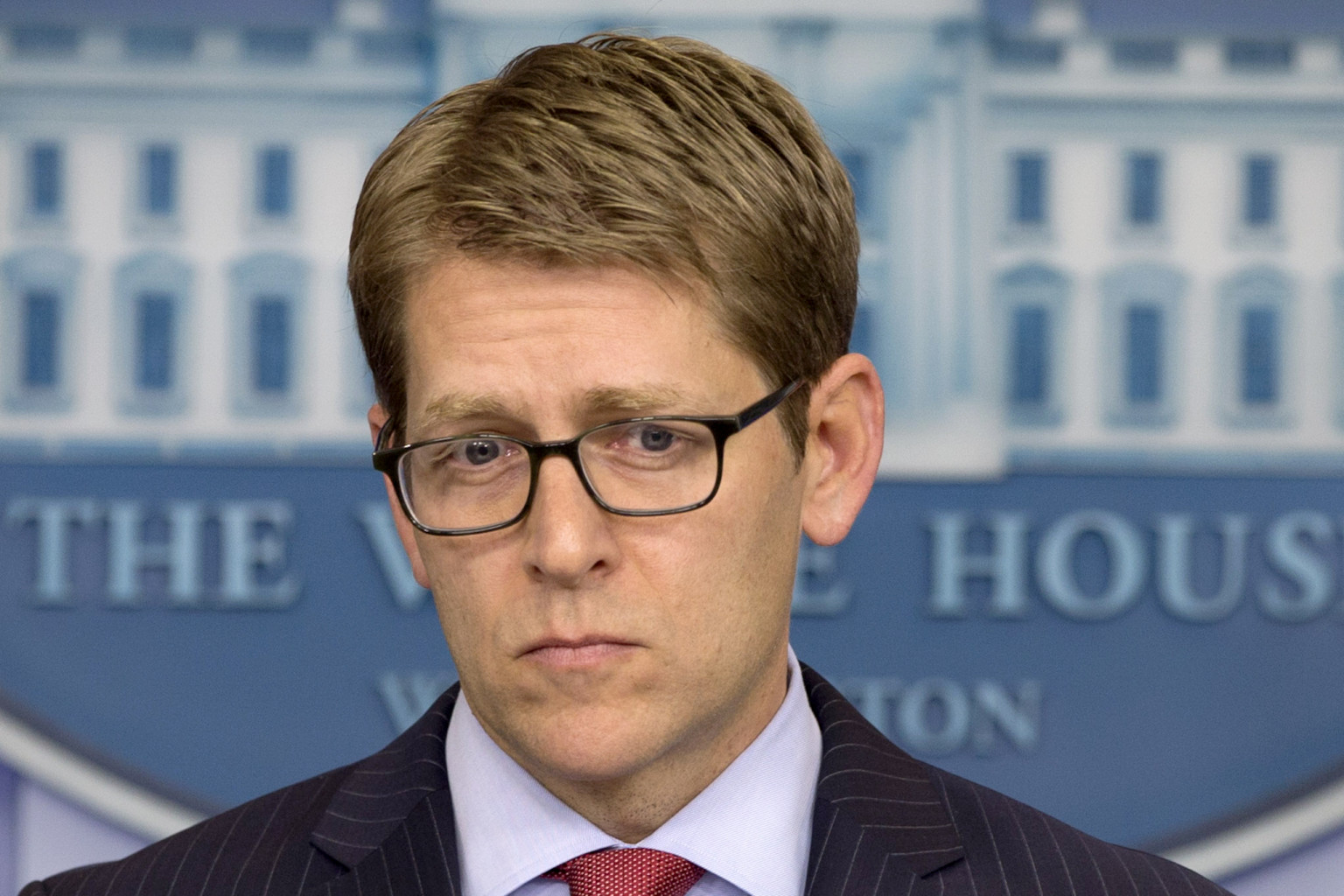 While the alphabet media has been focusing their attention on spoiled brat Justin Bieber, Michelle’s 50th birthday nonsense, overpaid drugged-out sports figures and Hollywood trash…the Middle East is smoldering as Barack HUSSEIN Obama continues to fuel the flames that even Egypt getting its first snow in over 100 years cannot put out…sarcasm intended.

“It is the Assad regime’s responsibility to transport those chemicals to facilitate removal. We expect them to meet their obligation to do so,”
– Obama mouthpiece Jay Carney

And so yet another…of many…Obama failures on the international front has come to pass as Syria to date has surrendered less than 5% of its chemical weapons and will miss next week’s deadline to send its stockpile abroad for destruction as they agreed to last September. Now almost two months behind schedule, Obama’s red line to Syria has just been buried in the sand…so to speak…as the deal that stopped him from launching bombing raids against Bashar al-Assad’s government forces seems to be falling apart…just like all the Middle-East deals that have the mark of Obama on them.

Syria agreed to turnover their chemical weapons under strict time guidelines, and while some were surrendered, only two cargo shipments have left the port in Latakia, each carrying about 15 tons of said weapons totaling just 4.1% of the roughly 1,300 tons al-Assad reported to the Organization for the Prohibition of Chemical Weapons (OPCW) when the deal was reached.

Obviously, al-Assad is stalling in turning over those weapons (you know the very same chemical weapons that Saddam Hussein moved to Syria), but when you come up against the man who leads from behind…if you call what Obama does leading…al-Assad holds the upper hand for just like the Iranians who manipulated the deal reached in Geneva to their advantage…al-Assad has done the same. Knowing Obama will NEVER hold true to his word to bomb or re-sanction them if they dare to violate said agreement, I could also safely bet that in the end NOT all the weapons will be turned over as Obama’s continued talk of giving diplomacy more time actually gives al-Assad the chance to ‘hide’ some weapons away. This weakness in Obama will be used to al-Assad’s advantage.

And as al-Assad laughs at and plays Barack HUSSEIN Obama for a fool what of Egypt… Obama’s ultimate Arab Spring fiasco. A few days ago Obama’s good buddy…ousted Muslim Brotherhood puppet President Mohamed Morsi…was in court charged with participating in and possibly being one of the masterminds behind a prison break that involved more than 20,000 inmates during Egypt’s 2011 revolution which removed Hosni Mubarak from office. Morsi and 131 co-defendants, including senior Muslim Brotherhood leaders, are being charged with trying to “destroy the Egyptian state and its institutions.”

Hmmm…shouldn’t Barack HUSSEIN Obama be charged with the same thing here in America…I mean he did basically render Congress irrelevant and politically impotent in his State of the (Dis)Union address…and that translates into his destroying our system of checks and balances as he crowned himself king on national television. It’s just too bad Boehner and the rest of our cowardly and spineless Congress doesn’t see that. But I digress…

In addition to the prison break charges, Morsi also faces four different sets of charges relating to the killing of opposition demonstrators last November, and charges in relation to espionage and insuring the judiciary. And in the time since Obama’s compadre was hauled off to jail, Egypt has seen the worst bloodshed in recent memory as Morsi’s Muslim Brotherhood supporters and foreign (as in al-Qaeda) terrorists conduct an ever-growing number of attacks on both the country’s security forces and on Egypt’s Coptic Christian population…which by the way I hear NOT a peep about from our ‘supposed’ Christian president. Thankfully, the Egyptian military has been cracking down big time on these subversives under the banner of a “war against terrorism”…a war Barack HUSSEIN Obama basically turns a blind eye to…especially (I believe) being a terrorist in his own right…Muslim Brotherhood supporter…and maybe card-carrying member…that he is.

And adding insult to injury, Obama must be beside himself as former British Prime Minister Tony Blair (himself NOT fond of Obama) recently announced his support for Egypt’s new military interim government and strongly urged other world leaders to do the same. And after meeting with those military leaders, including newly anointed Field Marshal Abdel Fattah el-Sisi…the very man who led the overthrow of Morsi…Blair is in full support of el-Sisi becoming Egypt’s next president. And el-Sisi becoming president…which most expect he would become…is just icing on the cake for el-Sisi cannot stand Barack HUSSEIN Obama and rightfully blames him for aiding in Morsi’s running amok.

And now in addition to the Middle East there are increasing tensions between the U.S.and Russia. All Reagan had accomplished in ending the Cold War, Barack HUSSEIN Obama has heated up again, as recently come to light was a story that the U.S…as in Obama…has informed our NATO allies that Russia tested a ground-launched cruise missile. Testing of this sort was prohibited by the 1987 treaty banning medium-range missiles that was signed by Reagan and Mikhail Gorbachev, yet Obama and his people couldn’t wait to stir the pot with Russia, especially since Vladimir Putin of late has emasculated Obama countless times…both in public and in writing (remember his letter to the NY Times). During the Bush years, Putin tested NOTHING of the sort, possibly out of a combination of fear of reprisal and respect for President Bush as a leader of men. But now with Obama in office, Putin knows Obama talks he’ll do this or he’ll do that…just look at Syria for example…but it’s all talk and NOTHING more as Obama is weak of character and backs down time and again when challenged, always saying we need to give diplomacy more of a chance.

Yeah good old kumbaya diplomacy…just look how well diplomacy has NOT worked out anywhere in the world where Barack HUSSEIN Obama…or Hillary ‘What Does It Matter’ Clinton or John ‘Swiftboat’ Kerry…has had a hand in it. Now with Obama at the helm of the U.S. once former allies shy away from us for fear he will stab them in the back just as he did and continues to do to Israel. And thanks to Obama’s total ineptitude as an international player, much of the world now sees America as “weaker, less significant, and more or less confused.” Remember, pre-Obama, the western nations rallied behind the U.S. when it came to international matters…just look at all the nations who stood behind GWB when we went into Iraq…but Obama is a laughing stock that is easily played by our enemies simply because they know that he does NOT have America’s interests at heart.

And as the saying goes, “elections have consequences” but now in today’s volatile world those consequences affect NOT only our country but the nations of the world as well… consequences built and owned by Barack HUSSEIN Obama himself. But hey, let’s focus on spoiled out of control teenage pop singers, drug addicted sports figures and Hollywood wannabes, and the woman who turned 50 but still doesn’t seem to look at herself in a mirror before she goes out in public representing our country…after all, the alphabet media deems them the important news stories of the day.

Sad…it’s all so terribly sad… 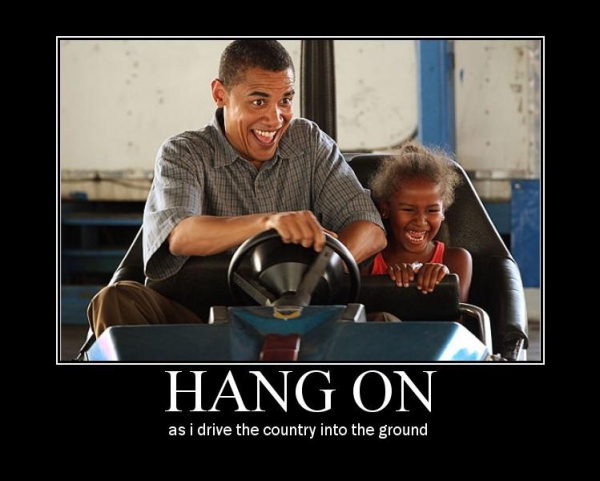