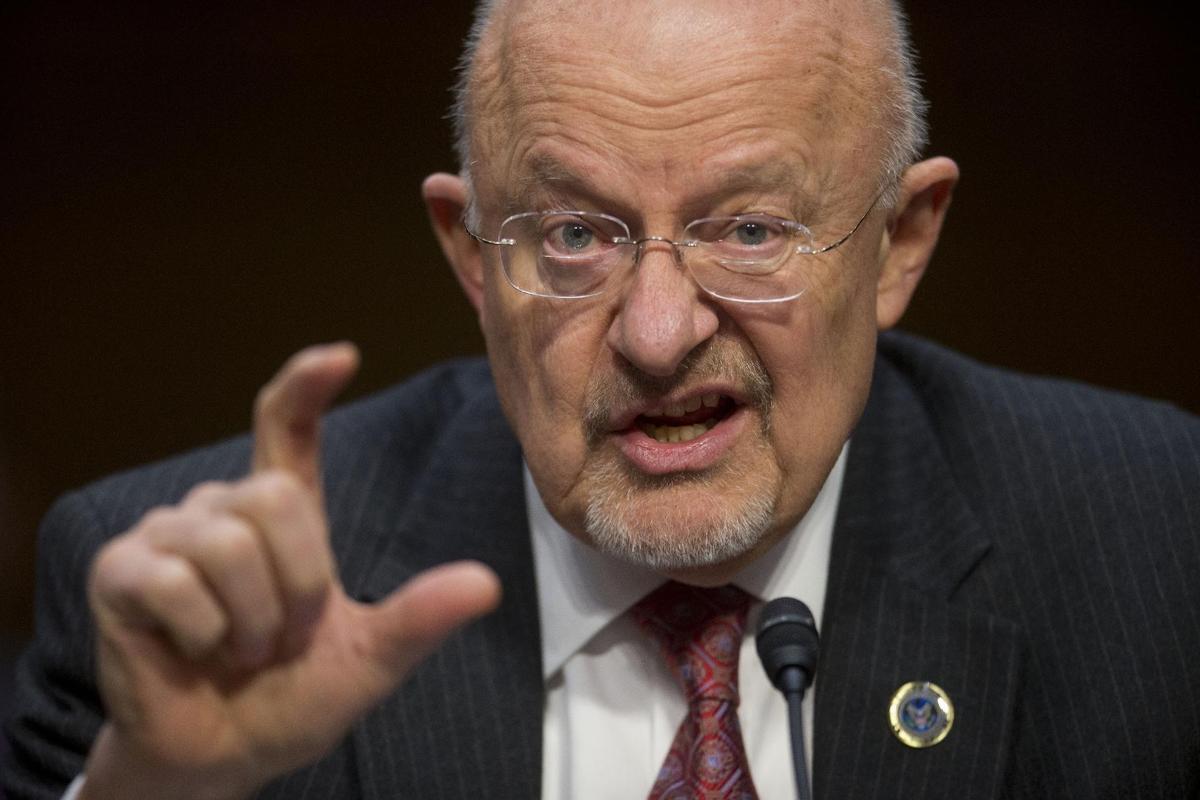 “WASHINGTON (AP) — The Syrian militant group tied to al-Qaida, the al-Nusra Front, wants to attack the United States and is training a growing cadre of fighters from Europe, the Mideast and even the U.S., the top U.S. intelligence official told Congress on Wednesday.”

“Not only are fighters being drawn to Syria, but so are technologies and techniques that pose particular problems to our defenses,” said committee chairwoman Dianne Feinstein. She warned Syria could become “a launching point or way station for terrorists seeking to attack the United States or other nations,” in the annual hearing Wednesday to hear the U.S. intelligence committee’s assessment of worldwide threats.

When are we going to wake up and defend ourselves from the eminent attacks from within our own Government?  Congress and the President approve funding to supply Syrian rebels with “small arms” in a behind the scenes closed door deal just days ago, now the rebels are a threat. Who in the he!! is running things in this country and how stupid are they? Wake up America, demand Answers to questions of our government. If they do not want to give answers, then they are tyrannical. Does anybody know how many arms and what type were given to these “rebel” fighters? Wake up America!

God warned the inhabitants of Moab of their destruction because they had “settled on” their “lees” (Jeremiah 48:11). They had become complacent, and at ease for so long that nothing seemed to bother them about their enemies. Have we become the “Moab’s”? Have we become so complacent that we cannot see the destruction of our own country from within?

This is not the first time that our own government has supplied weapons just to have them used against us. Have we not learned from past mistakes just to relive them again?

The continued threat to U.S. interests from the al-Qaida brand also shows that though weakened after the 2011 killing of terrorist leader Osama bin Laden in Pakistan, the group is proving resilient.

They’ve gone to school us, on how we try to track them, So the combination of …the geographic dispersal and the increasing challenges in collecting against them, makes Al Qaida, in all of its forms, a very — in total, a very formidable threat.

Here we have the government saying that they have this info. It’s a shame that we can’t trust our own government. If we continue to just settle back and be complacent and let the Government and President Lucifer tell us what we should do, tell us how to live, Make our decisions for us, then we will become a doomed Nation. We “must” at any cost rise up and take back what is rightfully ours….. our Country and our freedom.