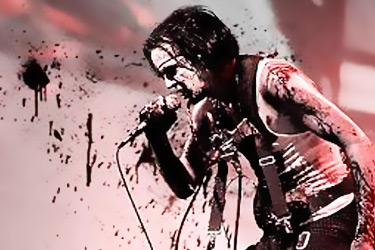 In a recent interview with Pheonix New Times, the industrial rock band Skinny Puppy didn’t just chat about what it was like to make their new album and what the band’s future plans are; they also discussed how it felt to find out the U.S. military was using their music as a torture device on prisoners being held in Guantanamo Bay:

“We heard that our music was used on at least four occasions. So we thought it would be a good idea to make an invoice to the U.S. government for musical services, thus the concept of the record title, Weapons.”

When asked how they felt about it, the band replied with “not too good.”

“We never supported those types of scenarios. … Because we make unsettling music, we can see it being used in a weird way. But it doesn’t sit right with us.”

Who would it sit right with?

Apparently other bands including Metallica, whose songs were used during interrogations in Iraq on record, has also asked the American government to stop using their music to torture people.

How sad is that? I mean, that’s the level of murky, putrid sewage this country is swimming in — that bands have to ask the tyrannical government, “Dear government, if it wouldn’t be too much trouble, could you stop using our music to torture, stun, invoke sleep deprivation and terrify indefinitely detained people? Thanks.”

Does Hallmark make a special card for that or…?

There are still 155 people detained in what Amnesty International once dubbed the “Guantanamo Gulag”. Seventy seven of those people have been cleared to leave, some for years, but they still have not been allowed to actually go. 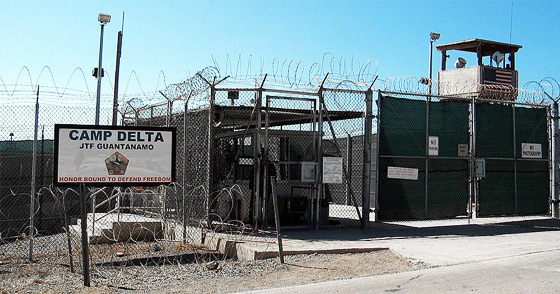 Meanwhile horror stories continue to come out of that place, stories for example about tubes to force feed prisoners who went on hunger strike, even during Ramadan.

Clive Stafford Smith, an attorney for 14 of the men being held at Guantanamo, wrote of his experiences visiting the prison, which he says treats people worse than any other institution he has visited in his 30-year career:

When I first went there in 2004, I expected to find “the worst of the worst” terrorists in the world, as then-Secretary of Defense Donald Rumsfeld had promised. Instead, I was hard-pressed to find people who were America’s enemies…

The majority of my clients have been cleared for release by the Obama administration’s 2009 Task Force, which requires unanimous agreement by no fewer than 6 federal agencies including the FBI, the CIA, and the Departments of Defense and State. There can be no other prison in the world where 50 percent of the inmates are told: “You are cleared to leave, but you cannot go.”…

The President could also advise me what I am meant to say next week, when my clients inevitably ask me — as they always do — why they are still being held despite the multiple findings that they pose no threat and can be transferred out of the hell they are living daily.

Hallmark should make a card for that too. “Sorry you were indefinitely detained and tortured for no reason and promised freedom only to have it wrenched from you again and again and again…”