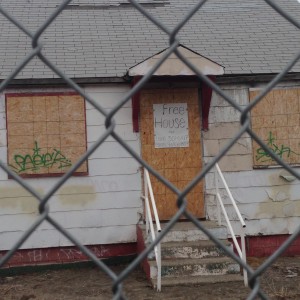 Would you like to buy a house for one dollar?  If someone came up to you on the street and asked you that question, you would probably respond by saying that it sounds too good to be true.  But this is actually happening in economically-depressed cities all over America.  Of course there are a number of reasons why you might want to think twice before buying any of these homes, and I will get into those reasons in just a little bit.  First, however, it is worth noting that many of the cities where these “free houses” are available were once some of the most prosperous cities in the entire country.  In fact, the city of Detroit once had the highest per capita income in the entire nation.  But as millions of good jobs have been shipped overseas, these once prosperous communities have degenerated into rotting, decaying hellholes.  Now homes that once housed thriving middle class families cannot even be given away.  This is happening all over America, and what we are witnessing right now is only just the beginning.

The photo that I have posted below was sent to me by a reader just the other day.  It is a photo of a house in Yakima, Washington that is apparently being given away for free.  At one time it was probably quite a lovely home, but now nobody seems to want it… 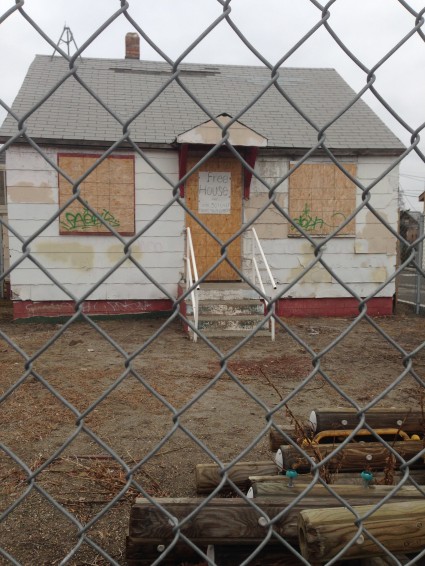 This piqued my curiosity, so I started doing some research and I discovered that homes all over the nation are being sold off for a dollar or less.  The following are just a few examples…

–Buffalo, New York: “The Urban Homestead Program that is offered by the City of Buffalo enables qualified buyers to purchase a home that has been deemed ‘homestead eligible’ for $1.00 and there are plenty of properties left. There are three main requirements when purchasing a homestead property; the owner must fix all code violations within 18 months, have immediate access to at least $5000, and live there for at least three years. You also have to cover the closing costs of the purchase.”

–Gary, Indiana: “Officials say that a third of the houses in Gary are unoccupied, hollowed dwellings spread across a city that, like other former industrial powerhouses, has lost more than half its population in the last half-century.

While some of those homes will be demolished, Gary is exploring a more affordable way to lift its haggard tax base and reduce the excess of empty structures: sell them for $1.”

–South Bend, Indiana: “How could you refuse this offer? The city of South Bend, Indiana wants to give this handsome circa-1851 Italianate farmhouse away to anyone willing to properly restore it. Aside from the boarded up windows (the boards are painted to look like real windows), the place is in pretty good shape, with a completely restored exterior, new roof, and all new HVAC, plumbing and electrical systems. All you’ll need to do is restore the gutted (but clean as can be) interior.”

–Detroit, Michigan: “Now that the motor city has effectively run out of gas and declared bankruptcy, some rather eye-popping deals are presenting themselves to first time home buyers who appreciate the challenge of a fixer-upper.

Hundreds of Detroit homes currently listed on Zillow have asking prices below $5,000, with at least one seller so desperate as to offer his house for just $1, ABC News reported.”

And guess who is selling more “one dollar homes” than anyone else?

If you guessed “the federal government” you would be correct.

Right now, the federal government is selling foreclosed homes to low income families all over the country for just one dollar…

Dollar Homes are single-family homes that are acquired by the Federal Housing Administration (which is part of HUD) as a result of foreclosure actions. Single-family properties are made available through the program whenever FHA is unable to sell the homes for six months.

By selling vacant homes for $1 after six months on the market, HUD makes it possible for communities to fix up the homes and put them to good use at a considerable savings.

Before you get too excited, there are a whole bunch of reasons why you wouldn’t want to actually buy any of these one dollar homes.

First of all, most of them have been totally trashed.  Just to get them up to livable condition would take thousands of dollars in most cases.  Many of them are full of asbestos, and severe wiring and plumbing issues are quite common.

Secondly, you assume all of the liability for a home when you buy it.  So if a homeless person stumbles in and injures himself, you could be liable for his injuries.

Thirdly, many of these homes are in very high crime neighborhoods.  In some of these areas, people will literally rip up and carry away anything that is not bolted down.

Fourthly, property taxes are very high in many of these cities.  Local governments are desperate to get people into these homes so that they can get the taxes flowing again.  In many cases, what you would pay in taxes for a year is more than the true value of the home itself.

So, like I said, these homes are not the “great deal” that they may appear to be at first glance.

But that is not really the issue.

The real question is this: What is causing our communities to decay so dramatically?

And of course a big part of the answer is that the middle class in America is dying.

According to Time Magazine, one new report has discovered that nearly half the country is constantly living in a state of “persistent economic insecurity”…

But as evidenced by a report out Thursday from the Corporation for Enterprise Development, nearly half of Americans are living in a state of “persistent economic insecurity,” that makes it “difficult to look beyond immediate needs and plan for a more secure future.”

That same report also found that 56 percent of all Americans now have “subprime credit”.

We are a nation that is losing our independence and sinking into poverty.

Right now, 49.2 percent of all Americans are receiving benefits from at least one government program, and the U.S. government has spent an astounding 3.7 trillion dollars on welfare programs over the past five years.

Millions of our jobs have been shipped overseas, the control freak bureaucrats that are running things are absolutely killing “the little guy”, and poverty in the United States is exploding at a frightening pace.

Things are “changing” in this country, and not for the better.

One way that the death of the middle class is manifesting itself is in the death of shopping malls all over America.  The following is an excerpt from a recent Business Insider article…

All across America, once-vibrant shopping malls are boarded up and decaying.

Traffic-driving anchors like Sears and JCPenney are shutting down stores, and mall owners are having a hard time finding retailers large enough to replace them. With a fresh wave of closures on the horizon, the problem is set to accelerate, according to retail and real estate analysts.

According to that same article, one prominent retail analyst believes that we could see up to 50 percent of the shopping malls in America close within 20 years…

And did you catch that last part?  Only the shopping malls in wealthy areas will survive because the wealthy will be the only ones with enough money to support them.

For much more on this phenomenon, please see my previous article entitled “What Recovery? Sears And J.C. Penney Are DYING“.

At this point, things have already gotten so bad that now even Wal-Mart is having trouble.  In fact, Wal-Mart is blaming the recent slowdown in sales on cuts to the federal food stamp program…

After previously reporting “relatively flat” sales for the quarter, Wal-Mart Stores Inc. now says that sales for its namesake store and its Sam’s Club locations would be “slightly negative” for the November-January quarter, according to Agence France-Presse.

This is how far the middle class in America has fallen.  So many people are now on food stamps that even a slight reduction in benefits has a huge impact on the largest retailer in the entire country.

And actually, many rural communities could end up losing their Wal-Mart stores in the years ahead as the economy continues to deteriorate.  In a recent CNBC article entitled “Time to close Wal-Mart stores? Analysts think so“, it was suggested that Wal-Mart should close about 100 “underperforming” supercenters in rural locations around the nation.

We are rapidly becoming “two Americas”.  In the “good America”, the wealthy will still have plenty of retail stores to choose from within easy driving distance from their million dollar homes.

In the “bad America”, which will include most of us, our shopping malls will be closing down and the rotting, decaying homes of our neighbors will be sold off for next to nothing.

So which America do you live in?  Please feel free to share what is going on in your neck of the woods by posting a comment below…