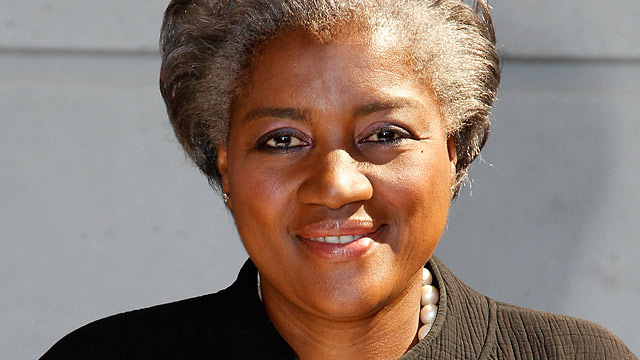 I suppose all the stops are out now as Democrats seem to actually be telling us exactly what they want with immigration reform, something those of us that have been paying attention have known all along. Former New York City Mayor Michael Bloomberg was candid about amnesty earlier this week. However, on Sunday, Democratic National Committee vice chairwoman Donna Brazile appeared on This Week with George Stephanopoulos and said that Barack Obama could not stop short of full citizenship for illegal aliens in the United States because getting full citizenship will allow them to vote.

Pick up the video at the 13:50 mark to hear her comments:

Brazile said: “I don’t think you can create two classes of citizens in this society, one with legal status and the right to vote, and one without.”

Last year, Brazile voiced her displeasure, in an op-ed for USA Today, with states that were seeking to make sure that voters were who they said they were. The Voter ID laws were attacked by Brazile as she touted the Voting Rights Act as something that should trump enforcement of legitimate voters.

She attempted a similar argument a year prior at CNN.

However, we see the real issue and Brazile just came right out and said it: Democrats want illegals legal so they can get their votes. Republicans, are you listening? You aren’t going to get those votes.

Establishment Republicans like John Beohner and Paul Ryan and senators like Marco Rubio do not understand what they are doing by pushing for a path to citizenship for illegals, versus enforcing the law and dealing with lawbreakers. These are the ones not listening to what this is actually all about.

Talk show host Rush Limbaugh said this week that the willingness of the Republican Party “to commit suicide” by taking on immigration, saying the Republican leadership is “hellbent on ramrodding through this amnesty plan.”

“There is no acceptable compromise for conservatives with that bill (the Senate amnesty bill),” he continued. “So why even try? Republicans will be in better shape for 2015. This problem has been around a long time. It can wait another year or two. There’s no urgency. It would be foolish for Republicans to bring anything up in the House this year.”

The problem is the establishment Republicans allow their opposition to always set the agenda. They don’t know how to lead. This is why they are always on defense.

However, Kristol is right. It would be foolish for the House to even consider anything regarding amnesty… ever, but don’t hold your breath on the issue. They’ve been known to shoot themselves in the foot on many occasions.

But beyond politics, we should be demanding that the chief law enforcer, who happens to be a chief lawbreaker, be forced to enforce immigration laws, whether he likes them or not, or he should be removed from office for not doing the one job he has, which is enforcing the laws Congress has passed.