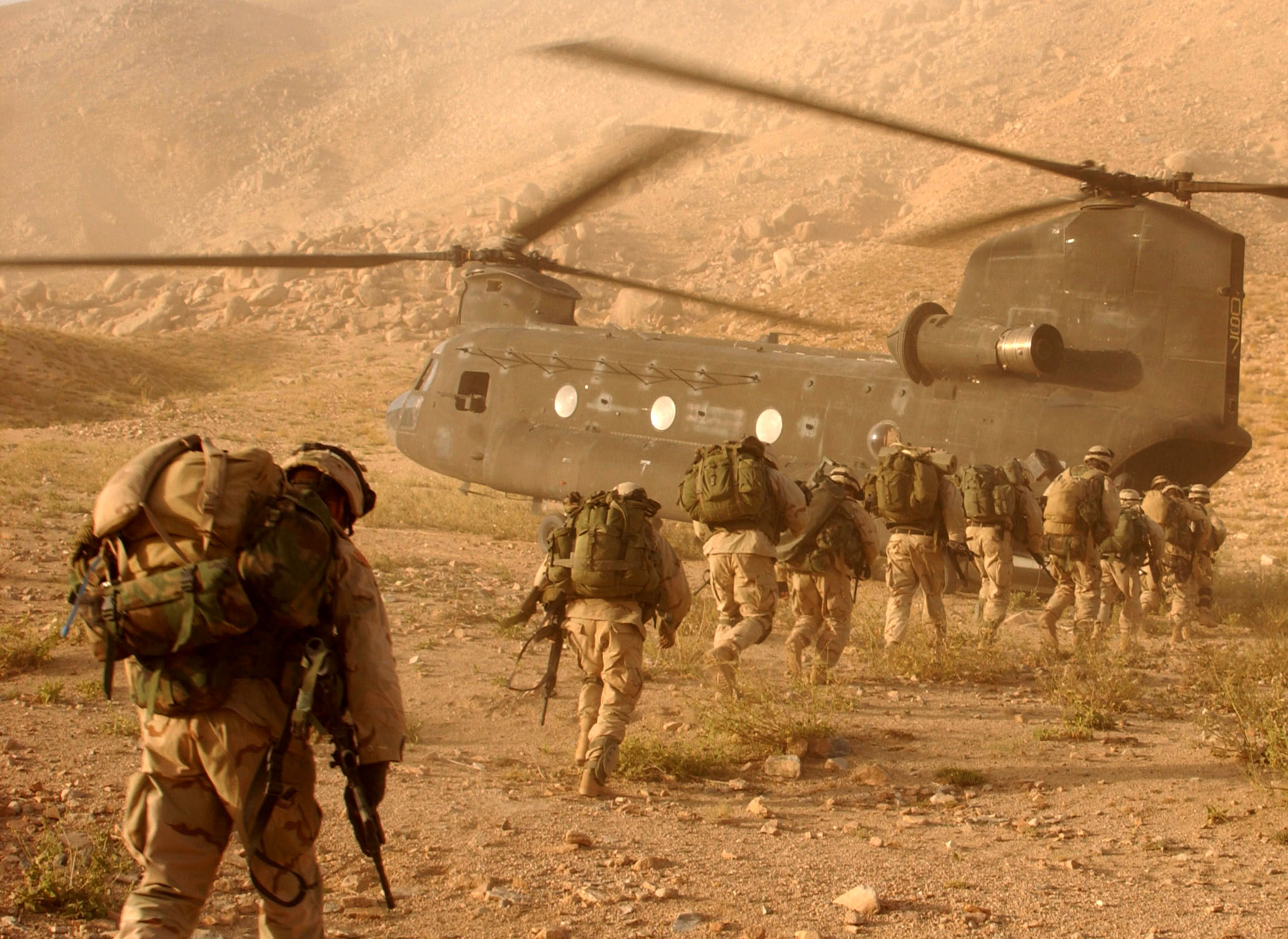 We are all familiar with the US Marine Corps slogan “Looking for a Few Good Men.” Truth is, America’s military has always had plenty of “good men.” What it seems to lack in spades is good leaders.

Recently we met former Secretary of Defense Robert Gates on the set of Hannity. We’d spent most of our day scouring his newly released book, Duty, hoping to better understand the seeming total lack of leadership and direction our military has been subjected to in recent years. In all honesty, there were no revelations in Mr. Gates’s book, only confirmations of what we already understood – this Commander-in-Chief had turned his back on the men and women still fighting in Afghanistan before the lights went out in the voting booths November 2008.

He is his mission.

How could any president, with a clear conscience, send men and women to fight and die for a cause in which he himself does not believe? To do so is to spit in the face of not only the embattled warrior but also every family member he or she leaves behind… time and time again.

Second, if you truly support those who offer their lives on your behalf, you will most certainly deliver to them a clear, concise strategy for success – also known as VICTORY – whether you believe in their mission or not. This is the least they deserve when they lace up their boots for yet another day (or night) of battle.

From a broader perspective, though, this family is most troubled by a question we have heard many times in the past few weeks: “Why did Robert Gates wait until now to bear his soul on all of these troubling issues he dealt with from 2009 through 2011?” We would very much like an answer to that question, as well.

Eight hundred and fifty US soldiers have taken their last breath on the battlefields of Afghanistan since Mr. Gates left his post and disappeared into silence. They were fathers, mothers, sons, daughters, husbands, wives, brothers, and sisters bound to “Duty” and honor 7,000 miles away from all they loved and all those who loved them. Eight hundred and fifty families greeted flag-draped coffins while Mr. Gates settled into retirement… lips sealed.

From July of 2011 through September of 2012, over five thousand US soldiers returned home seriously wounded. Although statistics are not yet available from October 2012 till present, one can only imagine the enormity. As heartfelt as his words were regarding the reverence he has for our troops, Mr. Gates left us grasping to understand why he waited so long to sound the alarm on this inept administration.

This nation had a right to know. We had a right to cast an informed vote in 2012. We should have been told that Barack Obama and Hillary Clinton both acknowledged they’d put career before the lives of our nation’s heroes… before the life of our only son. We should have been told that our Vice President, the second in command of our military forces, hadn’t made a sound decision on national defense in four decades. This isn’t a joke. There are no chuckles about Uncle Joe’s ineptitude around the dinner table of a fallen soldier.

We are better than this.

Learn more about your Constitution with Billy & Karen Vaughn and the Institute on the Constitution and receive your free gift.

Billy and Karen Vaughn are the parents of fallen Navy SEAL, Aaron Carson Vaughn (SEAL Team VI). The downing of Extortion 17 was the day Aaron’s life ended and the day their lives began again.

As Billy and Karen began searching for answers their eyes were opened to vile atrocities being played out on America’s military.

They’ve now become advocates for our defenders…exposing the criminal Rules of Engagement, which have unnecessarily cost so many American soldiers their lives.

Our defenders deserve to be defended. The burden of their covering rests on us, the patriots of this nation. It is imperative that we stand together and demand change.

Billy and Karen spend a considerable amount of time on Capitol Hill, and have shared their story on hundreds of local, state and national radio outlets including Fox & Friends, The Today Show, The Andrew Wilkow Show, The Willis Report, The Kelly File, The Huckabee Show, Hannity’s America, Geraldo at Large, and more