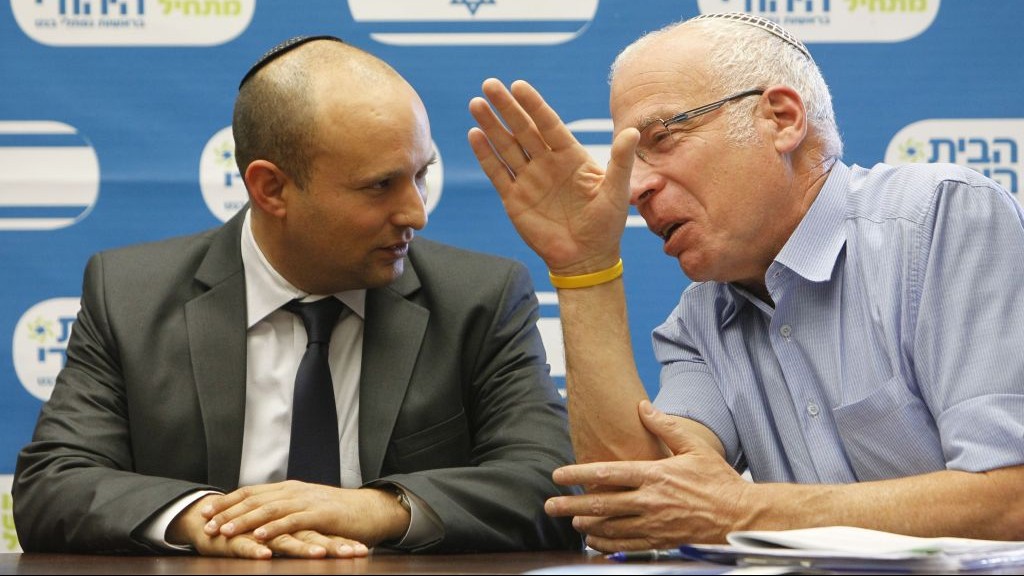 Saeb Erekat, the chief Palestinian negotiator over the weekend again ruled out the notion of Palestinian recognition of Israel as a Jewish state. Speaking at a Munich conference, on a panel with his Israeli counterpart Tzipi Livni, Erekat said the demand was unacceptable: “When you say ‘accept Israel as a Jewish state’ you are asking me to change my narrative,” he claimed, asserting that his ancestors lived in the region “5,500 years before Joshua Bin-Nun came and burned my hometown Jericho.”

Apparently when you fake a nation (like the invented “Palestinian” narrative) and you falsify history and falsify the religion of others, you can fake anything, and they do. You’d think that “Palestinian” negotiator Saeb Erekat would know Islam is only 1,400 years old.

Although I concur that his ancestors were indeed Philistines.

“We were here before you and we’ll be here after you leave.” the great Zev Jabotinsky.

And backing up these savages is Obama’s hatchet man, John Kerry, who responds with threats to …. Israel. Kerry threatened Israel with the legitimizing and boycotting of Israel. Naftali Bennett, Israel’s economy and trade minister, wrote that “the Jewish people are stronger than the threats against them.” He added that the Jews would not “surrender their land” as a result of economic pressure.

Meanwhile, thousands of Israelis gathered at Jerusalem’s Western Wall on Thursday to protest against US Secretary of State John Kerry’s threats and demands.

Palestinian negotiator Saeb Erekat rejects Israel as a Jewish state, claims his ancestors were in Jericho 5,500 years before Joshua

Israel is set to give its wary assent to US Secretary of State John Kerry’s framework peace proposal as the basis for continuing talks with the Palestinian Authority through to the end of 2014, Channel 2 news reported on Saturday night.

The TV report said Prime Minister Benjamin Netanyahu, Defense Minister Moshe Ya’alon and Foreign Minister Avigdor Liberman are all inclining to accept the US framework terms, some of which were detailed by Martin Indyk, the State Department’s lead envoy to the Israeli-Palestinian negotiations, in a conference call with American Jewish leaders on Thursday. The framework document would have to be finalized in the next few weeks, ahead of a scheduled fourth and final phase of Palestinian prisoner releases set for March, the report said.

The US framework document, whose terms will not have to be signed off as fully binding by the Israeli and Palestinian leaderships, provides for talks on Palestinian statehood based on the pre-1967 lines with land swaps to enable 75 to 80 percent of settlers to come under Israeli sovereignty, relates to Israel as the Jewish state, provides for compensation for refugees but no Palestinian “right of return,” and does not go into detail on the fate of Jerusalem, Indyk indicated.

Well-placed political sources told The Times of Israel at the weekend, meanwhile, that Netanyahu’s agreement to continue peace talks on the basis of the framework proposal need not provoke a coalition crisis with the right-wing Jewish Home party. Provided the framework deal was not binding and was not brought to a government vote, the sources said, the party’s leader, Economy and Trade Minister Naftali Bennett, would likely not choose to bolt the coalition over it.

Reports in recent weeks have indicated that the Palestinian Authority is set to reject the framework document, but these reports have not been confirmed. 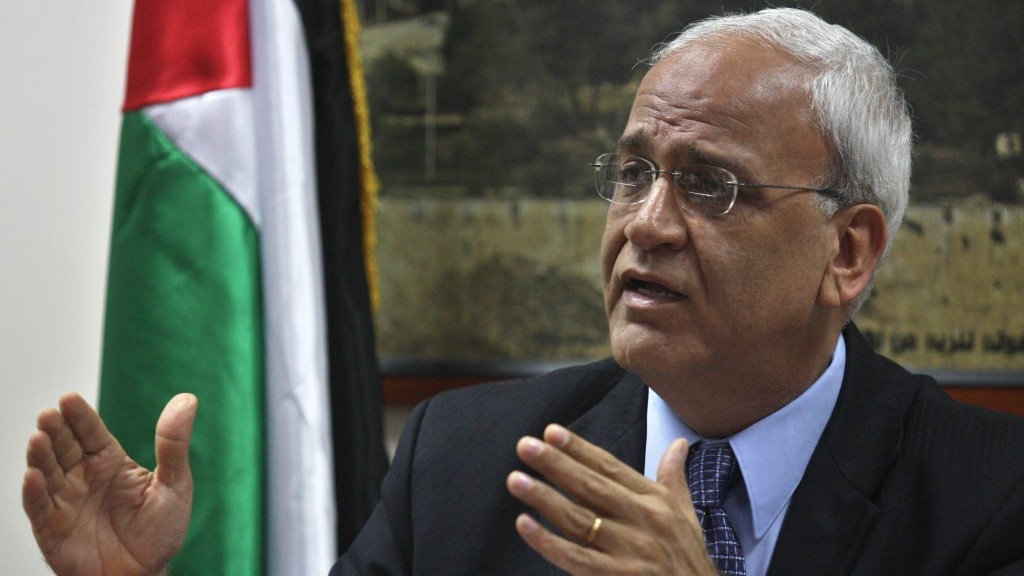 Saeb Erekat, the chief Palestinian negotiator over the weekend again ruled out the notion of Palestinian recognition of Israel as a Jewish state. Speaking at a Munich conference, on a panel with his Israeli counterpart Tzipi Livni, Erekat said the demand was unacceptable: “When you say ‘accept Israel as a Jewish state’ you are asking me to change my narrative,” he claimed, asserting that his ancestors lived in the region “5,500 years before Joshua Bin-Nun came and burned my hometown Jericho.”

Several Israeli right-wing politicians castigated Kerry on Saturday for comments he made at the same event, the Munich Security Conference, warning Israel of dire consequences if the current peace effort fails. Kerry said he was utterly certain that the current status quo was “not sustainable… It’s illusionary. There’s a momentary prosperity. There’s a momentary peace.” But that would end if the talks failed, he said, noting that already Israel was facing increased delegitimization and boycott threats. (A series of banks and pension funds in Norway, Denmark, Sweden and Holland have announced a cessation of dealings with Israeli banks and companies in recent days because of those firms’ West Bank activities.) 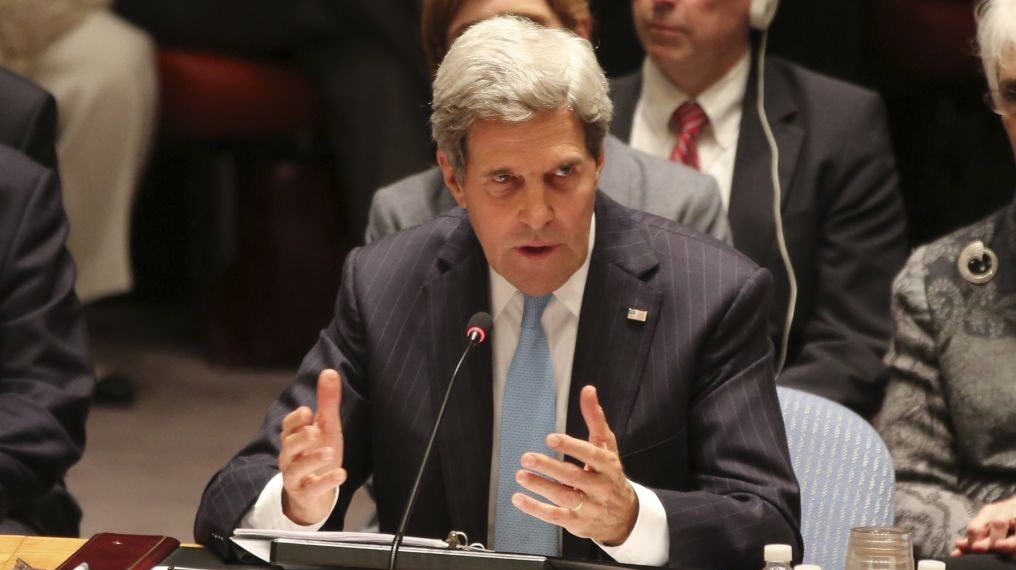 Kerry said failure to reach a peace deal would damage Israel’s capacity to be “a democratic state with the particular special Jewish character that is a central part of the narrative and of the future.”

The secretary also responded to last month’s highly critical comments about him by Ya’alon, who apologized after being quoted calling him “obsessive” and “messianic” in his push for peace. Kerry said he was “surprised” by the reports, and that rather than being obsessive or fanatical, he and his team were “just working hard, because the consequences of failure are unacceptable.”

In response to the secretary’s warnings about the delegitimizing and boycotting of Israel, Bennett, the economy and trade minister, accused Kerry of incitement and of serving as a “mouthpiece” for anti-Semitic elements attempting to boycott Israel. To Kerry “and all advisers,” Bennett wrote in a Facebook post, “the Jewish people are stronger than the threats against them.” He added that the Jews would not “surrender their land” as a result of economic pressure.

“Only security will bring economic stability, not a terrorist state close to Ben-Gurion Airport. We expect our friends around the world to stand by our side to face the anti-Semitic attempts to boycott Israel, not to be their mouthpiece,” Bennett added. ”In any case, we knew how to stay strong in the past and we will now as well.”

Housing and Construction Minister Uri Ariel (Jewish Home) was also quick to respond to Kerry’s comments. ”Kerry said today that Israel’s economic prosperity and security are an illusion, and that if peace talks fail, Israel will be boycotted. But the truth is that the only illusions are the peace slogans Kerry is trying to sell to Israel. Slogans that cover up an existential threat to the State of Israel,” Ariel posted late Saturday on his official Facebook page. ”The Palestinians can hardly believe how lucky they are to have such a ‘fair’ mediator,” he added. “This is what incitement looks like.”

Likud MK Tzipi Hotovely, meanwhile, said Kerry’s “threats of an unprecedented boycotts” were “attempts to intimidate Israel in an effort to impose a dangerous agreement that runs contrary to the position of the Israeli government.” She said such an agreement, would “jeopardize Israel’s security,” and be “worse than any economic boycott.”

Likud MK and deputy minister Ofir Akunis also lambasted Kerry for his remarks, saying they were indicative of Washington’s “aggressive policy towards Israel.” He added, “We were here before Kerry, we’ll be here after him as well.”