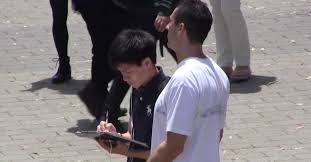 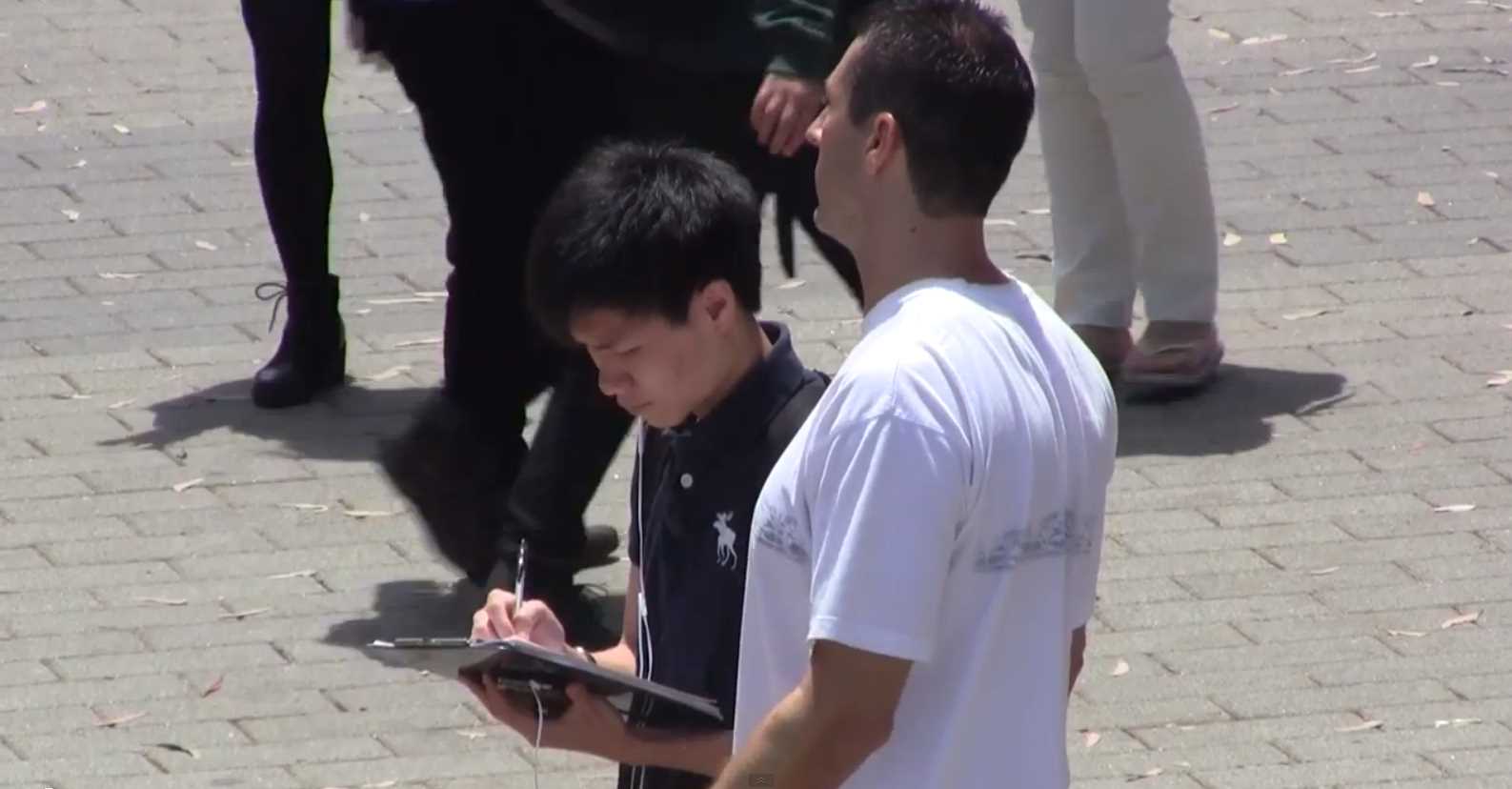 Mark Dice is at it again and the more of these videos he makes, the more he tends to help us understand just how people get in a mindset that is similar to those of Nazi Germany. Dice’s latest fake petition calls for the imprisonment of all legal gun owners in concentration camps, even having them executed.

“We just want to make sure we disarm the citizens,” Dice said to one California college student asking them to sign a petition to repeal the Second Amendment. “We can trust the government to be the only ones with guns.”

At least one of the students said it was “too dangerous” for people to own guns.

“It’s just a simple repeal of the Second Amendment and we’ll be terminating and executing all of the gun owners,” Dice said with a straight face, though I’m not sure how he could pull it off.

“We are going to ban all guns except for the military and police,” Dice explained to a student who signed the petition. “We’ll do door to door confiscations, we have lists of all the registered weapons, so the military will just go and take those away from people.”

“If they like their guns so much, let’s just feed the gun owners some of their own lead,” Dice crowed.

Dice told one student signed the petition, “I didn’t think I could get any more ridiculous.”

Lo and behold he did. . “We need to take these gun owners and put them into FEMA concentration camps to keep everybody safe,” Dice told one skateboarding student. The student didn’t sign the petition, though he did agree that putting gun owners in FEMA camps would “keep them safe.”

What is amazing is that some people are completely clueless about what is taking place in this country. Furthermore, this is the next generation. If so many are so ignorant now, what will they be in future generations?

So far, Dice has had Californians sign various petitions that are almost unbelievable. His petitions have included support of Nazi-Style Police State, putting birth control in the water supply, releasing all illegal aliens from prison and granting them free US citizenship, granting Barack Obama immunity of all the crimes he commits in office.

He also got Californians to sign a petition for Obama to repeal the entire Bill of Rights and has been getting signatures for each of the Amendments in the Bill of Rights, including the First, Second, Third, Fourth ,Fifth, Sixth and Seventh Amendments.

11 Of The Most Memorable Acts Of Civil Disobedience In History
January 17th, 2021 Sons of Liberty Media

If The Capitol Attack Was Preplanned, It Could NOT Have Been Incited By President Trump
January 17th, 2021 The Lid

Time to uninstall Firefox
January 17th, 2021 The Real Side With Joe Messina