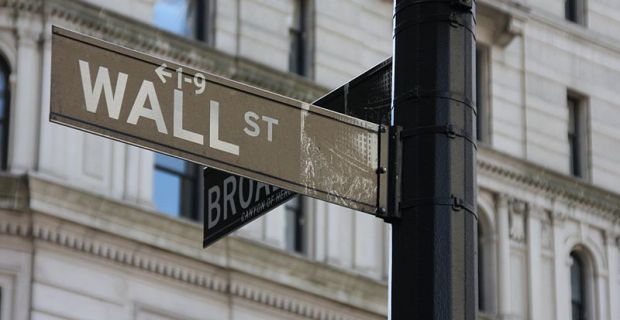 We understand that Doomsday predictions are aplenty these days, but given what’s going on around the world right now it may be time to revisit the eerily prescient forecast of an elite insider.

Grady Means is a former advisor to Vice President Nelson Rockefeller, a former economist at the U.S. Department of Health, Education and Welfare, and has managed multi-billion dollar firms over his career. Back in October of 2012 Means penned a commentary and analysis for the Washington Times in which he noted that “America’s fall will take global economies with it.”

But he didn’t stop there. Means gave us a target date.

There is a very large probability that the real end of the world will occur around March 4, 2014.

The doomsday clock will ring then because the U.S. economy may fully crash around that date, which will, in turn, bring down all world economies and all hope of any recovery for the foreseeable future — certainly over the course of most of our lifetimes. Interest rates will skyrocket, businesses will fail, unemployment will go to record levels, material and food shortages will be rampant, and there could be major social unrest.

Any wishful thinking that America is in a “recovery” and that “things are getting better” is an illusion.

The central issue is confidence in America, and the world is losing confidence quickly. At a certain point, soon, the United States will reach a level of deficit spending and debt at which the countries of the world will lose faith in America and begin to withdraw their investments. Many leading economists and bankers think another trillion dollars or so may do it. A run on the bank will start suddenly, build quickly and snowball.

At that point, we will need to finance our own deficit, and we will not be able to do so. We will raise bond rates to re-attract foreign investment, interest rates will go up, and businesses will fail. Unemployment will skyrocket.

The rest of the world will fully crash along with us.

There’s a sentiment among those on Main Street, and as of today on Wall Street, that there is a major disconnect between company stock valuations and economic activity in the real world.

Despite their best efforts to convince us that we’re in a recovery, the establishment is running into a problem… reality.

This morning we learned that the Institute for Supply Management monthly report went kaboom, showing a large contraction in new production, indicating that retailers are pulling back on stocking their shelves. Perhaps the ISM report has something to do with consumer sentiment, which according to today’s Gallup survey on consumer spending suggests consumers are cutting costs wherever possible.

But that’s not all. Even the largest retailer in the world is having problems and seeing negative growth. Walmart announced that last November’s cuts to food stamp recipients hurt their fourth quarter sales, adding further credence to the notion that without direct government bailouts the stability of America’s companies comes into question.

Need we even mention that over 100 million Americans are not in the labor force, or that five million people may lose their unemployment benefits by the end of this year?

And, of course, let’s not forget that we’ve created more debt as a nation in the last five years than in all of the years from our country’s founding through the year 2008 combined.

Those investing in financial markets have certainly taken note. On top of the 326 point decline in the Dow Jones yesterday, the market is down a combined 1,000 points from its peak just a month ago. And, with three well known bankers committing suicide in the last week, people are starting to pay attention.

No one really knows exactly why the market is falling or what happens next, but if you’re going to consider any prediction on the future of the financial and economic sector, why not consider what the elite have to say about it?

If there is a major financial collapse in the works as we speak, then Grady Means’ prediction should scare the hell out of you. If he’s right, then this isn’t just going to be a market crash.

We could well be facing the beginnings of an all-out financial Armageddon that will make 2008 look like a brief warm up.

This collapse, as noted by the US Treasury Department and Grady Means, is going to have generational effects – a depressive economic environment for our entire lifetimes.

Preparing for such a scenario is not easy. One must take into consideration everything from emergency supply lists to deal with the instantaneous collapse of our monetary system and financial markets, while also considering long-term strategies that involve the development of barterable trade skills and relocating to land that has productive capacity so you can grow your own food.

We had a reader recently comment about the coming collapse. She warned that preparing for a weeks- or months-long emergency is insufficient. She suggested that perhaps we need to consider the worst case scenario: years of joblessness, destitution and depression.

It’s happened before and it was so bad that we still talk about the Great Depression to this day.