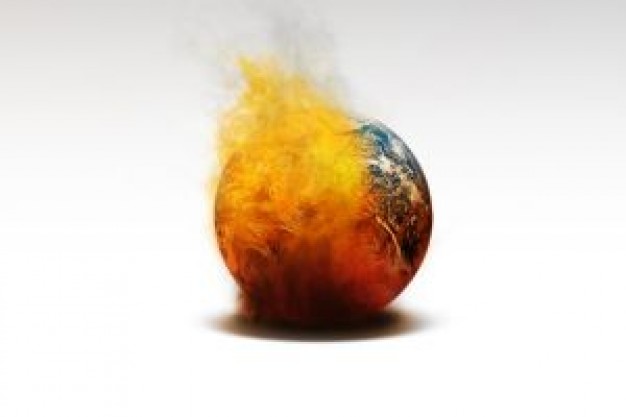 Climate change is a way of raising money for governments that just won’t admit they were wrong. It’s a way of taxing us to the point where we can barely afford to put food on the table. It’s a way of instilling fear into children, installing the ‘problems’ in their impressionable minds so that they grow up accepting and not questioning that global warming is an issue.

The change of title from global warming to climate change was subtle. It was a change that was designed to cover all bases. The term global warming signifies just that, that the world is warming. We know it isn’t, it’s cooling. The data bears this out and has done so for the last decade. When the warming stopped back in 1998 it created a problem for our fraudster government, along with all other governments that had bought into the global warming hype. How could they call a problem global warming when the world had actually stopped warming?

For a couple of years there was a hiatus, the Earth stayed roughly where it was, and then the cooling began, and the term climate change came into popular usage, particularly by politicians.

There is nothing wrong with believing the science of the day. Looking back it did indeed appear that the planet was heating up…it was heating up, and it is right that concerns were raised. It’s what happened next that was wrong.

Long standing and well respected scientists pointed out that this happens, the planet goes through cycles of warming and cooling. They pointed out the ‘blip’ in the 1970′s where a cooling trend had hit, and the media was full of headlines proclaiming the next ice age was almost upon us, which obviously was incorrect.

Unlike the arrival of a new ice age, which would cost governments a huge amount of money in the form of having to increase and update power stations to cope with the extra generating capacity required to keep people warm, icebreaker ships to keep key waterways open, extra logistical support to keep roads passable and of course the possibility of relocating citizens if glacial advance became a problem, global warming could be a money maker.

Governments realized almost immediately that they could levy extra taxes on their citizens to raise cash to fight the new threat to mankind. Companies could be made to pay for messing up the atmosphere and increasing greenhouse gases. Global warming, aka climate change, was a huge money spinner.

The government is right, climate change is occurring, and they need to deal with the fact that the world is going to get colder for a while. I am not suggesting that there are going to be glaciers on the White House lawn, but the planet is cooling. It is nothing more than another of cycles that the Earth goes through, and will continue to go through.

The problem with cooling is that it kills far more people than warming. A drought in one state at least leaves the possibility of growing food in others. Cooling doesn’t work like that. For reasons that are not entirely understood, cooling affects entire regions, even entire hemispheres at the same time.

Infrastructure can’t cope with cooling anywhere near as well as it can cope with warming. Extra energy production strains an already outdated system, water getting into cracks freezes and expands laying waste to road surfaces and ill-maintained buildings.

Modern homes are often built without chimneys as we have rapidly moved away from fossil fuels for domestic heating and this leaves people without domestic heating should the grid fail, which it most certainly would as it struggles to cope with the extra output and the weight of ice and snow on lines.

By denying that cooling is occurring, the government is avoiding the costs of dealing with the problem. Admitting it means that hundreds of billions of dollars that the government doesn’t have would need to be spent. Even the ‘green’ taxes currently levied would not be enough to bridge the gap.

The hype and scientific knowledge that pointed towards global warming has passed, and the fact that the government knows this, but continues to perpetuate what is now a blatant lie is unforgivable. The inaction will ultimately cost tens of millions of lives, not just in the US but across the northern hemisphere.

The last deep cooling event, The Little Ice Age, cost millions of lives in a world that had less than half the population that now exists. It should be remembered that these people didn’t live in huge sprawling cities. They had homes with chimneys, and they had access to woodland for fuel that no longer exists in many areas.

The forests, and with it the supply of fuel, was replaced by concrete and glass jungles that will offer no respite from the bitter winters and cooler summers that many scientists now predict lie ahead.

Investment in clean energy is falling according to the United Nations. 2013 showed a decline of 12%, and it was the second year in a row that investment fell short by billions of dollars.

You could buy 271 full sized 2MW fully installed wind turbines for that.

Of course all of these ideas have a massive carbon footprint. All the components have to be made in factories, shipped from here to there and all that jazz.

Or how about this for an idea. If you want to be really green and sustainable you could:

Buy 401,606,425 pine trees at $4 apiece. Pine grows fast, it can be farmed sustainibly and has many uses, not least when dry it burns well. It makes up the bulk of sustainable forests in Europe and Scandinavian countries where it is used for building, furniture and heating.

I would suggest that investment in green energy has dropped because companies have realized they are being screwed because global warming has been disproved.

A final thing to think about. If Global warming is caused by man, how come levels were much higher tens of thousands of years ago? Ice core research has shown that this is the case.  The earth was warmer with a tiny amount of humans, with no factories and no cars…how is that possible if man is responsible for the rise in temperatures we saw up to 1998?