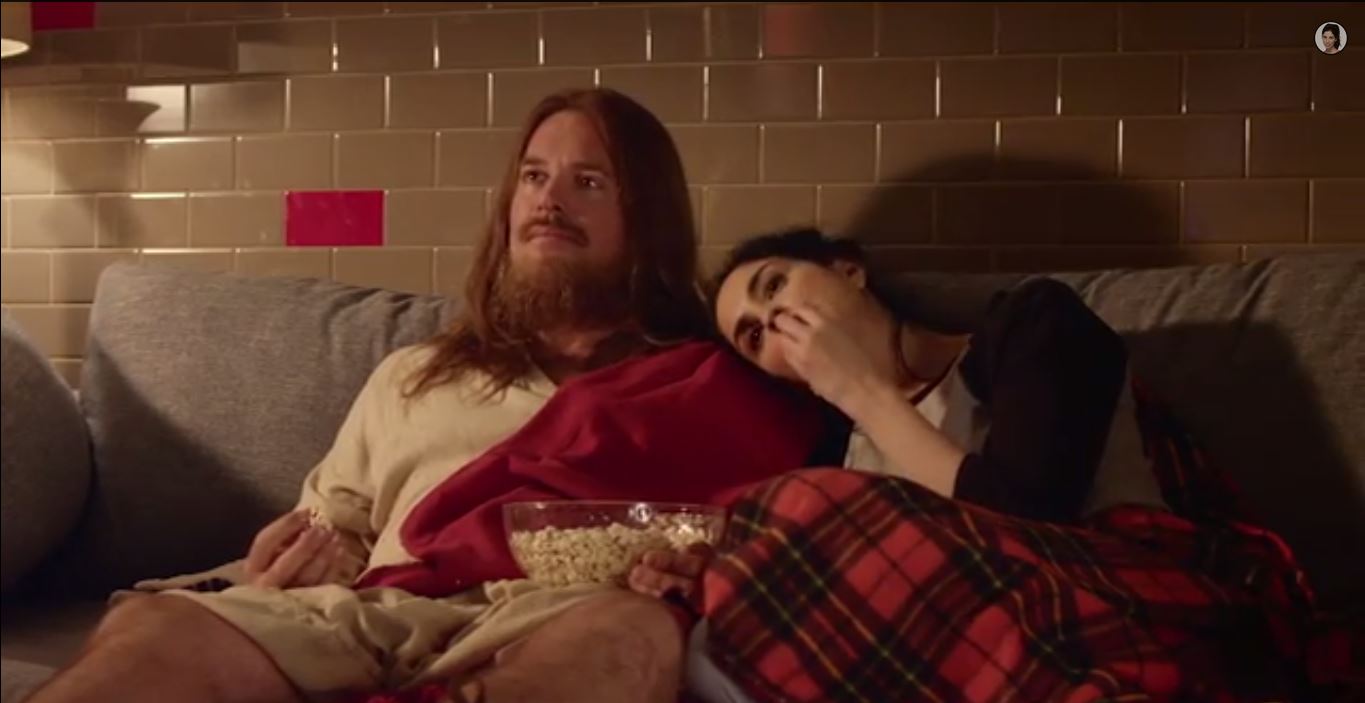 Sarah Silverman is a vile “comedienne” who thinks being rude, insulting, irreverent and blasphemous is funny.

In a tweet in March 2013, she made cruel fun of surviving spouses of those who were killed on 9/11:

The latest from Silverman:

In a new pro-abortion public service announcement, Silverman — a non-religious Jew — says Jesus had appeared to her, calling her to spread his message.

That he is “bummed” by people who use his name for ”intolerance and oppression” — people who are “anti-choice,” that is, who are opposed to killing innocent unborn babies.

Silverman’s devilish Jesus then smiles and says, “I’m Jesus F-ing Christ,” after which  the Devil brings Silverman to a fake orgasm and tells her she is a “good little Jewish girl.”