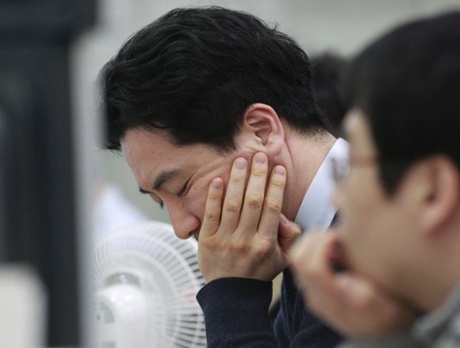 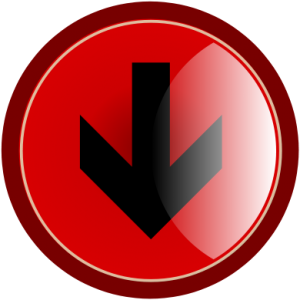 Did you see what just happened in Japan?  The stock market of the 3rd largest economy on the planet is imploding.  On Tuesday, the Nikkei fell by more than 610 points.  If that sounds like a lot, that is because it is.  The largest one day stock market decline in U.S. history is only 777 points.  So far, the Dow is only down about 1000 points during this “correction”, but the Nikkei is down more than 2,300 points.  The Nikkei has dropped more than 14 percent since the peak of the market, and many analysts believe that this is only just the beginning.  Those that have been waiting for a full-blown stock market collapse may be about to get their wish.  Japan is absolutely drowning in debt, their central bank is printing money like crazy and the Japanese population is aging rapidly.  As far as economic fundamentals go, there is very little good news as far as Japan is concerned.  So will an Asian financial collapse precede the next great financial crisis in the United States?  That is what some have been predicting, and it starting to look increasingly likely.

What happened to the Nikkei early on Tuesday was absolutely breathtaking.  The following is how Bloomberg described the carnage…

At the end of January 2013, Japanese stocks trailed only Portugal for the biggest rally among developed markets. Now the Nikkei 225 Stock Average is leading declines, slumping 8.5 percent last month and today capping a 14 percent drop from its Dec. 30 peak.

Losses snowballed in Tokyo during a global retreat that has erased $2.9 trillion from equity values worldwide this year amid signs of slower growth in China and stimulus cuts by the U.S. Federal Reserve.

As Bloomberg noted, much of the blame for the financial problems that we are seeing all over the planet right now is being placed on the Federal Reserve.

The Fed created this bubble by pumping trillions of fresh dollars into the global financial system, and now they are bursting this bubble by starting to cut off the flow of easy money.

This is something that I warned would happen when the Fed decided to taper, and now RBS is warning of a “market bloodbath” unless the Federal Reserve immediately stops tapering.

Most Americans simply do not realize that our financial markets no longer resemble a free market system.  Instead, they are highly manipulated and distorted by the central banks, and the trillions of dollars of “hot money” that the Fed has poured into the global financial system has infected virtually every financial market on Earth…

On Wall Street they call it “hot money”—that seemingly endless flow of cash that goes to the most profitable country du jour—but in the real economy it’s gone cold.

That hot money has come mostly in the form of a low-yielding U.S. dollar, which investors have borrowed en masse to fund investments in other higher-yielding currencies across the globe. The so-called carry trade has helped fuel an investment bonanza across the world that has boosted risk assetsthanks primarily to the U.S. Federal Reserve’s easy-money policy.

But with the Fed tiptoeing away from what initially was an $85 billion-a-month infusion of liquidity, investors are beginning to prepare themselves for a world of rising rates in which the endless cash flow to emerging market economies begins to ebb, then cease.

We never fixed any of the fundamental problems that caused the last financial crisis.  Instead, the Fed seemed to think that the solution to any problem was just to create more money.

It was an incredibly stupid approach, and now our fundamental problems are worse than ever as Marc Faber recently noted…

“Total credit as a percent of the global economy is now 30 percent higher than it was at the start of the economic crisis in 2007, we have had rapidly escalating household debt especially in emerging economies and resource economies like Canada and Australia and we have come to a point where household debt has become burdensome on the system—that is, where an economic slowdown follows.”

Well, unless the Fed or other central banks intervene, we are probably going to have even more carnage.

At least that is what Dennis Gartman, the editor and publisher of “The Gartman Letter”, told CNBC on Tuesday…

“I just think you’re going to have a very severe, very substantive and really quite ugly correction that will probably make a lot of people wail and gnash their teeth before it’s done.”

Other analysts share his pessimism.  According to Doug Short, the vice president of research at Advisor Perspectives, the U.S. stock market “still looks 67% overvalued“.

Most sobering of all is what Richard Russell is saying.  In his 60 years of writing about financial issues, he has never been “so filled with foreboding regarding what lies ahead”…

I’d be lying if I said that I wasn’t worried about the way things are going.  Frankly, I’m truly scared for myself, my family and the nation.  I have the sinking feeling that the stock market is on the edge of a crash.  If that happens, investor sentiment will turn quickly bearish.  And the bear market will start feeding on itself.  Ironically, the recent action occurred in the face of almost insane bullishness on the part of the crowd and on the part of investors.

Obviously smart heads and institutional money managers know that the US is semi dead in the water.  And all the talk about an improving economy is just wishes and hopes.  Bernanke’s dream of a flourishing new economy, improving without the need of the Fed’s help, is an idle dream.

I’ve been writing about the stock market for over 60 years and I can’t remember a time when I was so filled with foreboding regarding what lies ahead.  The primary trend of the market, like the tide of the ocean, is irresistible, and waits for no man.  What scares me the most in this current situation is that I see no clear island of safety.

You can read the rest of his very disturbing remarks right here.

U.S. stocks may not totally crash this week, this month or even this year, but without a doubt a day of reckoning is coming.  As a society, our total consumer, business and government debt is now equivalent to approximately 345 percent of GDP.

The only way that the game can continue is to keep pumping up the debt bubble even more.

Once the debt bubble stops expanding, it will start collapsing very rapidly.

Those that foolishly still have lots of money in the stock market better hope that the Federal Reserve decides to intervene in a major way very soon.

Because if they don’t, there is a very good chance that we could indeed have a “market bloodbath” on our hands.