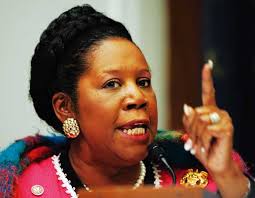 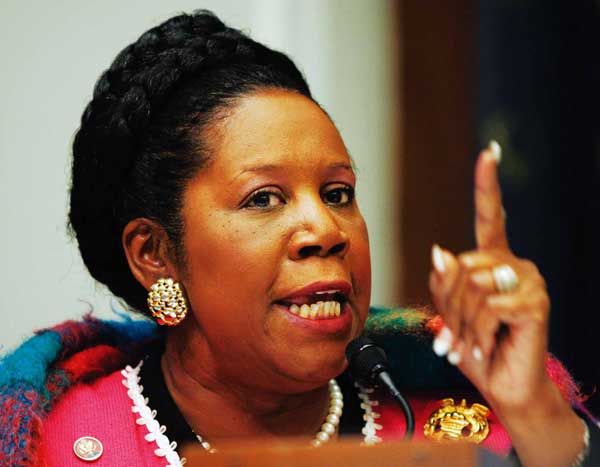 The honorable Congresswoman from Texas, who recently argued that welfare should be renamed to a transitional living fund, has another brilliant idea up her sleeve. Given the overwhelming success of the Patient Affordable Care Act in reducing premiums, providing high quality health care to all Americans, and improving the economy, Congressional democrats have established a “Full Employment Caucus” which aims to give every American who wants to work a job.

According to Sheila Jackson Lee (D-TX) you’re either going to support it, or President Obama will use his Executive Powers to push it through without Congressional approval.

This one is straight out of the Communist Manifesto and like any good collectivist approach it will be mandated by our benevolent central leadership committee:

Democratic Rep. Sheila Jackson Lee said that the new Congressional Full Employment Caucus will “give President Obama a number of executive orders that he can sign.”

Jackson Lee added that writing up executive orders “should be our number one agenda.”

“We will be answering the call of all of America because people need work and we’re not doing right by them by creating work,” the Texas congresswoman said.

“In fact, I think that should be our number one agenda. Let’s write up these executive orders — draft them, of course — and ask the president to stand with us on full employment,” Jackson Lee added.

According to a recent commentary by Rep. Fredrica Wilson and Rep. John Conyers, who are part of the Full Employment Caucus, this is an absolute necessity in America because of the widening income inequality gap:

We need a movement for a full employment society.

Every American has a stake in stopping unemployment. So it’s time to kindle a new movement built on a simple vision: Every American who wants to work should have the right to either employment or training.

Someone may want to get in touch with these Congressional Representatives, because last time we checked, every legal resident and citizen who wants to work already has a right to work in the United States of America. That’s been the case for quite a while, but we understand if these Congressional democrats weren’t aware of it because it appears in an obscure little document called The Constitution of the United States of America.

Wilson and Conyers continue, in an attempt to educate us about how big government isn’t really big government, and this regulatory environment is necessary for the optimum functioning of capitalism:

Some of our conservative colleagues in Congress might call this approach “big government.” To the contrary, we know it’s the way to optimize free-market capitalism. When every person is trained, working, earning a salary, and contributing to the tax base, we have less need for government assistance and higher levels of consumer demand and investment. We therefore have less debt and more economic growth.

This sounds great on paper. Free health care and 100% employment always do. But as we’ve seen throughout history, it doesn’t always work out that way in the real world.

You cannot mandate full employment, otherwise you end up with mega-cities that lack people. Or, as was often done behind the Berlin Wall in the East Bloc during the cold war, tens of thousands of products would be built, only to be destroyed later because no one could afford to buy them. Everyone was employed, but the economies of these communist nations collapsed in on themselves because market participants were not free to do what the market demanded. They were forced to do what government demanded.

Here’s a thought for Sheila Jackson Lee and her Caucus colleagues. Since the idea is to establish a “New Deal” for the 21st century, perhaps we could get all of those folks on “transitional living funds” and instead of doling out thousands of dollars in government distributions to people who essentially sit on their butts all day waiting for their next check, we have those folks earn their keep. We’re already shelling out billions of dollars a year to cover their “salaries,” so why not do with welfare what Ms. Jackson Lee suggested by making it a truly transitional and temporary government assistance program?

Let’s transition those folks from their couches into actual productive human beings.

Here’s an example of someone who’s itching to transition right now:

Shock Interview: Welfare Recipient: “I Get to Sit Home… I Get to Smoke Weed… We Still Gonna Get Paid”

Full employment mandates are so going to work. Let’s break out the pens and Executive Orders and get this economy fixed!