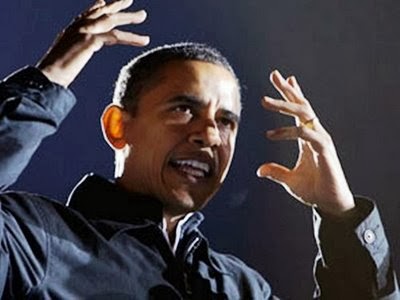 The American left has never had it this good. It has never had two terms of an unabashed and uncompromising leftist in the White House dedicated to its agenda functioning as a dictator without the military uniform, making and unmaking laws at a whim, siccing the IRS and Federal prosecutors on political enemies and transforming the country at a breathtaking pace.

Obama is what generations of the left have dreamed of and worked toward. This is the flicker of hopethey kept alive after JFK’s assassination, the Nixon years, Carter’s collapse and the long stretch of Reaganomics. This is what Bill Clinton robbed them of prematurely by gauging his actions against the polls instead of blasting full steam ahead regardless of what the public wanted.

The left finally has its Un-American tyranny. So why is it so angry?

Watch MSNBC or browse any left-wing site and you see a level of anger that would make you think that Al Gore had just conceded or Nixon had just won reelection. There’s more anger in the privileged circles of the left than in the political rearguard of the Tea Party.

That anger trickles from the top down. Obama’s interview with Bill O’Reilly was yet another opportunity for the most powerful man in the country to blame a vast right wing conspiracy. A day doesn’t pass without another email from Obama, his wife, Sandra Fluke or Joe Biden warning that without another five or ten dollar contribution, the “right” will take over America.

The left has unchallenged control over the government, academia and the entertainment industry and yet it talks as if the country is 5 seconds away from Sarah Palin marching into Washington D.C. at the head of an army of Duck Dynasty fans to outlaw abortion.

The apocalyptic political paranoia and the uncontrolled outbursts of rage haven’t changed much since 2003. Ten years later, the ideologues in power still act as if George W. Bush is serving out his fourth term. Every day on MSNBC, a stew of conspiracy theories about oil companies, Israel, the Koch Brothers, Wal-Mart and Karl Rove leaves a slimy trail across the television screen.

On the internet, manufactured outrage has become the only progressive stock in trade. Did Jerry Seinfeld say that he values humor over racial quotas? He’s a racist. Did an ESPN magazine out a compulsive liar who also happened to be pretending to be a woman? Lock him up. Did Mike Huckabee say something that could be misinterpreted with enough ellipses and out of context “Twitterized” quotes? Before you know it, he’s a sexist pig.

Pageviews are the obvious profit motive behind all this and yet it says something deeply disturbing about a progressive readership that eats up hate and doesn’t react to anything positive. The rash of fake hate crimes feeds into that same perverse need for an enemy to hate and fight. The left used to pretend that it wanted to do something positive. But now that it has the power, it can’t stop searching for someone to hate instead.

The left is more comfortable being angry than being anything else; it finds it easier to rally the troops against something than for something so that even its triumphs only lead to more anger. The MSNBC tweet about an interracial Cheerios commercial was revealing of a deeper problem within the left. It was assumed that the MSNBC audience wouldn’t care about an interracial ad unless it could somehow pretend to “spite” the right by watching it.

Obama’s awkward stumble from cause to cause, letting the old Bush policies run on Autoplay unless a crusade kicks in, as it eventually did on gay marriage and illegal immigration, is indicative of the problem with the left’s governing style. As with an interracial Cheerios commercial, it cares less about gay marriage or legalizing illegal aliens than it does about stirring up conflict. 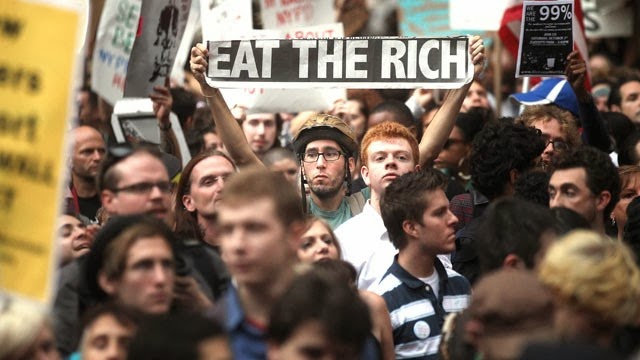 Like an overgrown teenager for whom music or clothes aren’t about enjoying life or expressing an identity, but about upsetting and offending his or her parents, the left needs the negative validation of the right to be secure in its bad choices. Without that negative feedback to affirm its rebellion, its pet causes no longer seem all that compelling or meaningful.

That is another reason why the left began neglecting some of its bread and butter issues after Obama won. Aside from the need to protect its own man, it wasn’t really all that interested in closing Gitmo, gay marriage or opposing the War in Iraq. The things it wants to do are never as important to it as its obsessive need to feel that it is fighting against the right.

Deprived of an external enemy, its ideologues carve out narrow orthodoxies and denounce each other for violating them. When the right and the center have been purged, the purges of the left begin and don’t end until there is nothing left except one tyrant-guru and his terrified minions. Or until some outside force throws a pot of cold water on the quarreling and shrieking acolytes brawling over minor points of doctrine.

The small scale bloodsport documented in the outward reaches of feminism by The Nation in its article “Feminism’s Toxic Twitter Wars” as transgender rights activists denounce Eve Ensler for excluding them by using the word “Vagina” and black feminists denounce white feminists for ignoring their concerns. This is what the left begins doing when it has free time on its hands. It doesn’t stop fighting. Instead its wars become pettier power struggles over points of doctrine.

When all enemies to the right have been eliminated, the left doesn’t find peace. Its ideology is a weapon, its gurus are egomaniacs and its followers joined to fight. When it wins in an arena, whether it’s academia or entertainment, the winners begins warring against each other proving that even in an ideological vacuum, its ideology remains a destructive force whose followers would rather denounce and destroy, than educate and enlighten.

As a victorious parasite writes its own obituary, a successful left is a threat to its own existence and the only thing saving the left from the violent disintegration into its own insanity is the right.

Hating the right is the only thing that keeps the left together. When it doesn’t have Nixon to kick around anymore, it dissolves into a wet puddle of goo. If it didn’t have Sarah Palin, Ted Cruz, Mitt Romney and every other figure who took his turn starring in their grim theater of the Two Minutes Hate, it would revert back to the petty infighting of a thousand minor eccentric causes. 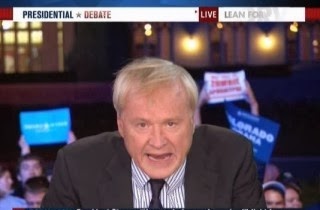 The left needs to believe in a vast right-wing conspiracy. It needs the Koch Brothers, Karl Rove, Evangelical Christians, AIPAC, oil companies, defense contractors and every other element of its conspiracy theories to keep its gurus and followers focused on the “real” threat instead of purging each other for tone policing, insufficient privilege checking and any other outrage of the week.

Like the Salafists shooting and shelling each other in Syria, the ranks of the left are filled with dogmatic and intolerant fanatics whose only goal in life is the absolute victory of their point of view. Their mutual fanaticism and aggrieved sense of victimhood gives them more in common with each other and that very commonality is the source of their mutual hatred. Only they can understand each other well enough to truly want to kill each other as no outsider possibly can.

Hate is the force that gives the left meaning. It isn’t hope that animates its leaders and thinkers, but the darker side of human nature that calls on them to destroy and to kill. That dark side is why the left’s victories end in tragedies, why the red flags are painted with blood and when its followers have run out of enemies to kill, they turn on each other and destroy their own movements with firing squads, gulags and guillotines.

The left finds its identity not in its utopian visions, but in the things and people it wishes to destroy. Only by knowing what they hate, do its followers know who they are.