Good news — better him than his target. Another Muslim, uh, “misunderstander” of Islam …. from Iran. Why is this Muslim student from Iran even in this country?

A suspected Molotov cocktail and several plastic bottles filled with gasoline and kerosene were found in the Midtown apartment of a Georgia Tech graduate student severely burned, police said Wednesday.

Saamer Akhshabi remains in Grady Memorial Hospital with third-degree burns over 90 percent of his body from the fire started in his apartment Tuesday afternoon in the 200 block of 10th Street, police said.

Late Tuesday night, it wasn’t known what caused the fire. But an FBI spokesman said the man’s burns were possibly from an incendiary device….

In addition to what police described as a Molotov cocktail — a container filled with flammable material, and often topped with a make-shift fuse — police said several gasoline- or kerosene-filled bottles were found in the apartment.

Police reported the incident to U.S. Homeland Security, and a police SWAT team, and agents with the Bureau of Alcohol, Tobacco, Firearms and Explosives and the FBI were called in….

Akhshabi is studying in the College of Computing at Tech, where he has attended since 2009, according to his web page. He was scheduled to graduate in May, Nagel said Wednesday. Prior to moving to Atlanta, Akhshabi completed his undergraduate degree at the University of Tehran in Iran. 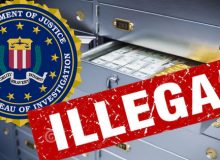