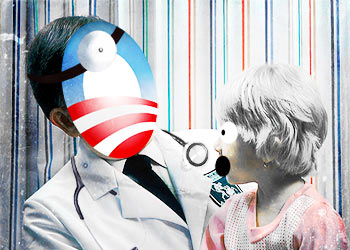 In the latest in a string of lovely news regarding the so-called Affordable Care Act otherwise known as Obamacare, the Congressional Budget Office has released a brand new report concluding that 2 million jobs will be lost by 2017 because of the healthcare law.

The CBO said it wouldn’t be because of jobs lost per se, but lost hours adding up to the equivalent of that many jobs gone by then. The figure rises another half a million in lost jobs by 2024.

This estimate is three times larger than the CBO’s previous estimate back in 2010 after the bill was first introduced.

Worse — White House Press Secretary Jay Carney tried to spin this new determination in a response by saying things like, “At the beginning of this year, we noted that as part of this new day in health care, Americans would no longer be trapped in a job just to provide coverage for their families, and would have the opportunity to pursue their dreams.”

So Obamacare will afford people “the opportunity to pursue their dreams” of not being “trapped in a job”?

Okay, but don’t most people still have to pay their bills? The number of people out there working simply to pay for healthcare and nothing else has to be a very cozy group. It should go without saying that most people are also working to pay for a roof over their heads and buy luxuries such as food.

Right now, more people are dreaming of having a job, period. 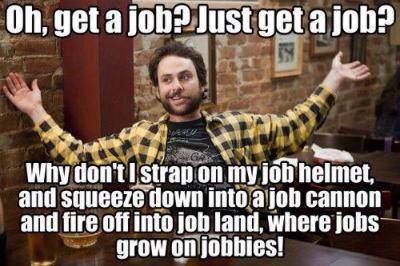 Stories of big businesses slashing employee hours to below the 30-hour full-time employee designation in Obamacare came one after another last year, while still other smaller companies refused to hire a 50th full-time worker to avoid triggering the law’s requirement of offering employees health insurance or paying fines (even though paying this fine under the law is typically cheaper than offering said insurance).

A fry cook recently confronted Obama over his hours being cut to part-time due to Obamacare; “We can’t survive, it’s not livin’,” the man told the president. Obama did not respond to the comments regarding his healthcare law, but instead replied that he’s encouraging states to raise minimum wage.

In addition, due to Obamacare’s structure, people aren’t exactly inspired to run out and get good-paying, full-time jobs:

Further, some people who earn right around 400% of the poverty level — the cutoff for subsidies — will have an incentive to earn less. This will be especially true for older workers who will pay up to three times as much as young workers for similar coverage via the ObamaCare exchanges.

The new subsidized insurance exchanges will allow low-income workers to work less while maintaining the same effective income: what economists call the income effect. In addition, because the subsidies decline on a sliding scale as you make more money, that sliding scale means that as workers work more, they make less per hour worked: what economists call the substitution effect. 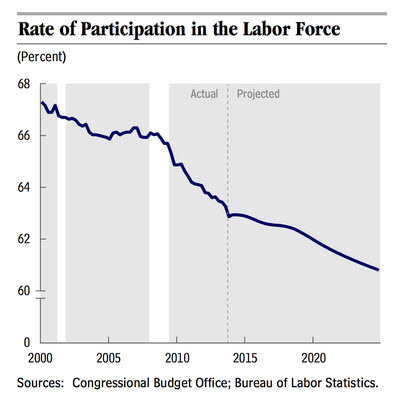 A recent report released by the Corporation for Enterprise Development concluded that almost half of Americans are already living paycheck-to-paycheck. Currently more than half of the states in this country are suffering long-term unemployment, where at least a third or more of the people without jobs haven’t had one in at least six months. Last June’s jobs report revealed that less than half — only 47% — of Americans even have a full-time job anymore.

On top of all that, Investor’s Business Daily reports that a pattern has been set in motion which will dry up the Social Security trust fund by 2030:

The outlook for less work than expected from modest earners and a greater share of earnings going to those with high incomes looks particularly troubling for the future of Social Security. The retirement program’s annual cash deficits will spiral to $313 billion by 2024 from $68 billion in 2013, CBO said.

The deteriorating outlook will shrink the trust fund to $2.3 trillion in 2023 vs. the $2.5 trillion seen a year ago, an IBD analysis finds. That likely puts the trust fund on course to run dry in 2030, a year earlier than CBO projected in 2013.

(Guess it’s called a trust fund because you have to trust if you pay money into it, the funds will still be there later…)

By the way, the government has already announced it is not going to verify annual household income “attestations” given when signing up for Obamacare until 2015; as Forbes points out, “The Obama administration is laser-focused on making sure that enough Americans enroll onto Obamacare-subsidized health insurance platforms, because if they do, it will be politically impossible for Republicans to repeal Obamacare in the future.”

Further — “…deliberately encouraging tens of billions of dollars of waste, fraud, and abuse in order to achieve a political objective is profoundly immoral.”

Perhaps that explains Jay Carney’s attempt to make two million lost jobs in three years sound just swell for a country with an unemployment crisis wherein most industries have twice as many people searching for a job than available jobs. 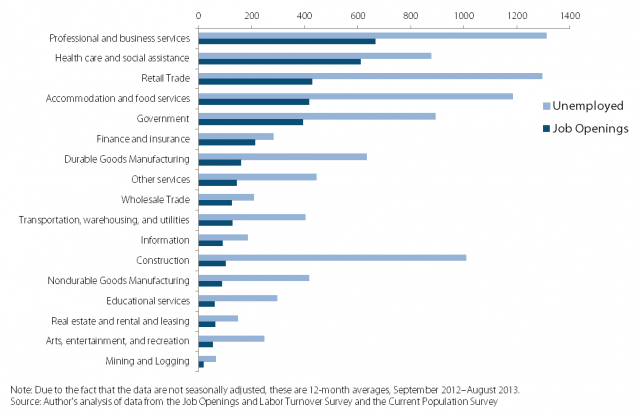