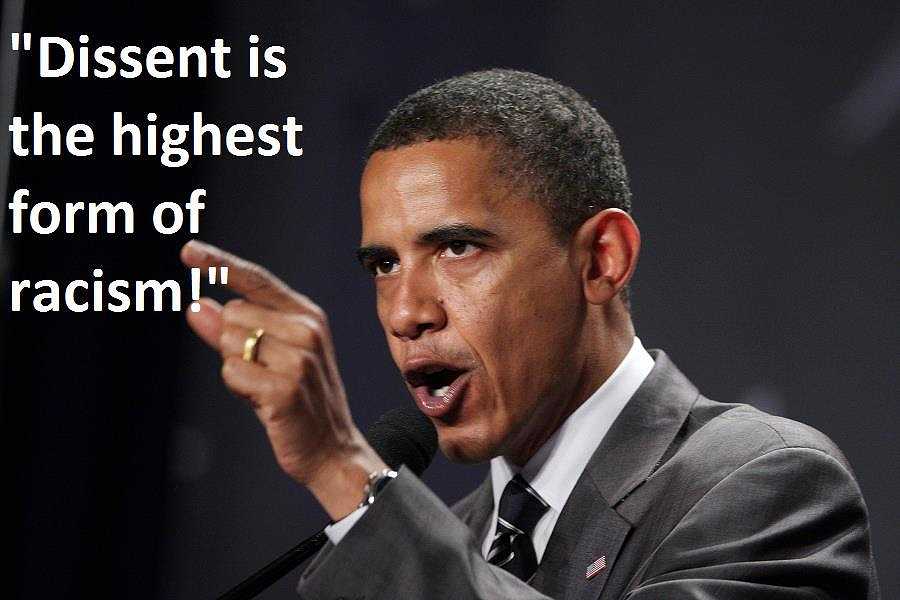 Benghazi must NOT be allowed to be swept under the rug. Benghazi must be kept before the eyes of the public NO matter how many times the Obama administration tries to silence those who refuse to be silenced.

And with that I want to start with the bottom line that many in the Republican hierarchy will just NOT accept, and that is by John Boehner refusing to initiate a special select committee to investigate Benghazi, he is actually standing between both the families of those murdered, ‘We the People,’ and the all-important truth.

And why is he refusing…to cover his own cowardliness and fear is why.

Benghazi…Barack HUSSEIN Obama’s ILLEGAL gun and weapons running operation to the (NEVER decimated and NEVER on the run) al-Qaeda backed Syrian rebels…weapons smuggled from Libya through Benghazi into Turkey then onto their Syrian destination…IMHO…and something I have said since day one.

Benghazi…Obama’s ILLEGAL gun and weapons running operation that Ambassador Christopher Stevens found out about and was going to publicly expose, therefore, by any means possible he had to be silenced (IMHO). Benghazi…an ILLEGAL gun and weapons operation that caused the deaths of Sean Smith, Tyrone Woods, and Glen Doherty for NO other reason than they were expendable collateral damage (again IMHO).

Benghazi…blood on Barack HUSSEIN Obama’s and Hillary ‘What Difference Does It Make’ Clinton‘s hands. Benghazi…another name for treason.

And yet nobody in the seats of power has had the guts and courage to come out and say what I just said…as in the TRUTH…a truth those in Congress know damn well to be the truth. And so they all hem and haw tying NOT to step on the toes of political correctness forgetting that Obama and his buddies can only play upon their fears of the race card for just so long before it too becomes just another big yawn.

And still John Boehner…Mr. Speaker of the House…the very House where Republicans still hold the majority…a man who is ‘supposedly’ on our side (sometimes I wonder about that)…that man still has NOT insisted…NO…demanded… that accountability for Benghazi must be had, especially since in the year and a half since the attack NOT one single individual has yet to be held responsible for anything …NOT for the deaths of four Americans…NOT for the lax if outright non-existent security….NOT for the refusal to send help even after receiving numerous pleas from Ambassador Stevens to that effect…NOT for the orders to ‘stand down’…NOT for anything.

And again why…I believe that when all the rhetoric and excuses are put aside it still comes back to John Boehner. While I do NOT believe for a minute that Boehner had a hand in the operations going on at Benghazi, I do believe that once he found out what was going on…and believe me he knew after a time exactly what was going on and he knew it before the actual attack of September 11th occurred …he tried to cover up what he knew NOT just to protect himself per se, but to also protect the fact that some others in power on the Republican side knew what was going on in Benghazi and did NOTHING to stop the slaughter, simply because they were afraid of personal retribution if they talked.

In other words John Boehner kept quiet out of simple cowardliness and fear, and that very cowardliness and fear helped to bring about the deaths of Christopher Stevens, Sean Smith, Tyrone Woods, and Glen Doherty. This could be the only reason that makes any sense as to why he has NOT demanded a special select investigation be done, especially when many in his own party have been clamoring for one for over a year now.

Shameful, utterly and completely shameful…NOT only the actions or lack thereof of John Boehner, but also of the Republican party as well for while some of honor have pleaded for a special select committee to be formed, the majority of House Republicans have sat back and allowed Obama and his handlers to dictate what will or will NOT be done in regards to investigating the happenings at Benghazi. And while an 85-page report was issued saying the attack was indeed preventable it still did NOT place the blame on the two people who caused, LIED about, and covered-up the true happenings…Barack HUSSEIN Obama and Hillary “What Difference Does It Make’ Clinton. 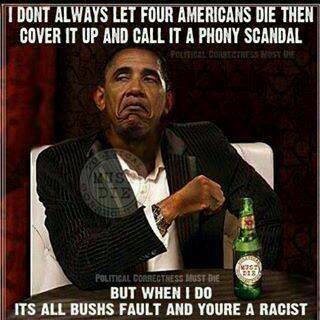 And when that report was issued Boehner had a chance to say wait a minute, there’s still NO personal accountability here…and Boehner said NOT a word to that affect because he knew that Obama knows exactly how much he knew about Benghazi and when he knew it (again IMHO). Blackmail perhaps…for lack of a better word…or just Obama’s dangling of the race card dancing before Boehner’s eyes may have been enough to silence the one man whose voice needed NOT to be silenced.

The race card…do NOT underestimate the power of those two words…two short and simple words that Barack HUSSEIN Obama and his minions have honed into a fine point dagger that they thrust into the heart and soul of any who dare to cross or question the motives or actions of America’s first black president (which by the way he is NOT). The race card… emotions used to play on the media-pushed collective guilt for long ago happenings before any alive today were even born. The race card…a figurative card that holds the truth hostage as it brings grown men and women to their knees in submission to a man who is an enemy of all our country stands for and holds dear.

The race card and the race card alone is what prevents the truth about Benghazi from coming out, and as long as John Boehner and those in Congress cower in fear of it being used against them instead of mustering up the courage to stand strong and united against it…and against those individuals who use it to suppress the truth…the truth about the deaths of Christopher Stevens, Sean Smith, Tyrone Woods, and Glen Doherty will NEVER be made public…period.