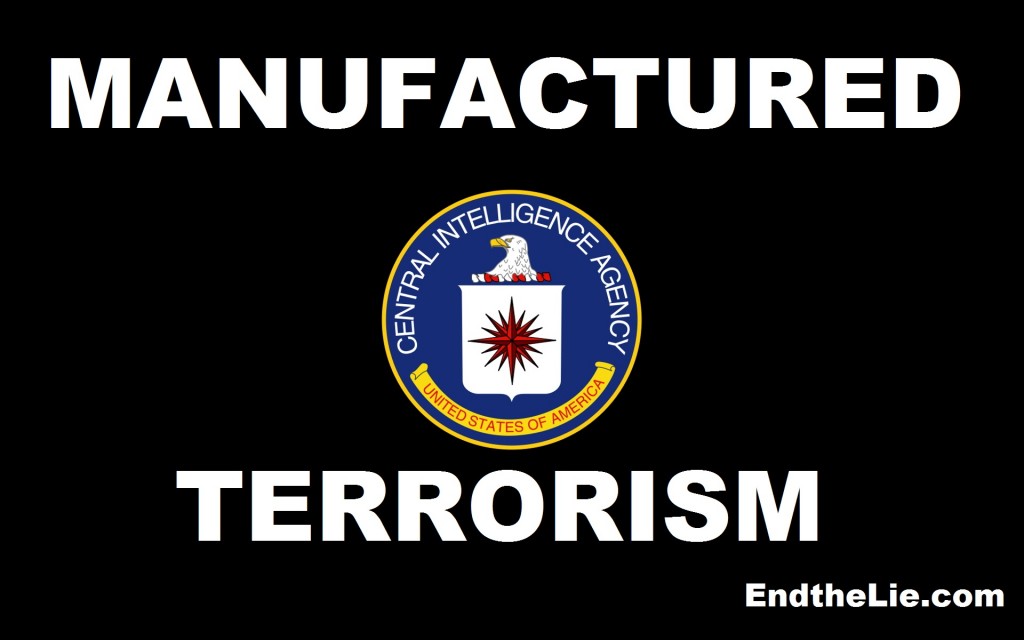 In the weeks leading up to the Sochi Winter Olympics, the Western Media has released a dribble of “trustworthy reports” examining “the likelihood” of a terrorist attack at the height of the Olympic games.

In late January, the British government warned “that more terrorist attacks in Russia (following the Volgograd attack in December) are “very likely to occur before or during the Winter Olympics in Sochi”. (BBC, January 27, 2014).

As the Olympic torch reaches Sochi, CNN released, in a timely fashion, the results of an “authoritative” opinion poll (based on a meager sample of 1000 individuals): “57% of Americans think terror attack likely at Sochi Games”

“Because of the history between the Russians and the Chechen people who splintered to form the Caucasus Emirate, Sochi is a prime target for terrorism,” said Woo, who has advanced insurance modelling of catastrophes, including designing a model for terrorism risk. (Business Times, UK)

The Sochi Games are occurring at the height of a Worldwide crisis marked by the confrontation between the US and Russia on the geopolitical chessboard. In turn, the ongoing protest movement in Ukraine has a bearing on Russia’s geopolitical control of the Black Sea.

What would be the underlying political objective of a terrorist attack?

Are these slanted media reports solely intended to create an aura of fear and uncertainty which causes political embarrassment to the Russian authorities?

While network TV and the tabloids have their eyes riveted on the Black Widow, the more fundamental question as to Who is behind the Caucasus terrorists goes unmentioned.

None of the news reports has focused on the fundamental question which is required in assessing the terror threat.

Both the history of Al Qaeda as well as recent developments in Syria and Libya confirm unequivocally that the Al Qaeda network is covertly supported by Western intelligence.

History: Who is Behind the Chechen Terrorists?

What are the historical origins of the Chechen jihadists, which are now allegedly threatening the Sochi Games? Who is behind them?

In the 1990s, following the collapse of the Soviet Union, the US waged a covert war against Russia. The objective was to promote the secession of Chechnya, a “renegade autonomous region” of the Russian Federation, at the crossroads of strategic oil and gas pipeline routes. This was a covert intelligence operation. The main Chechen rebel leaders, Shamil Basayev and Al Khattab, were trained and indoctrinated in CIA-sponsored camps in Afghanistan and Pakistan.

The two main Chechen jihadist formations, affiliated to Al Qaeda were estimated at 35,000 strong. They were supported by Pakistan’s Military intelligence (ISI) on behalf of the CIA; funding was also channeled to Chechnya through the Wahabbi missions from Saudi Arabia.

The ISI played a key role in organizing and training the Chechnya rebel army:

“[In 1994] the Pakistani Inter Services Intelligence arranged for Basayev and his trusted lieutenants to undergo intensive Islamic indoctrination and training in guerrilla warfare in the Khost province of Afghanistan at Amir Muawia camp, set up in the early 1980s by the CIA and ISI and run by famous Afghani warlord Gulbuddin Hekmatyar. In July 1994, upon graduating from Amir Muawia, Basayev was transferred to Markaz-i-Dawar camp in Pakistan to undergo training in advanced guerrilla tactics. In Pakistan, Basayev met the highest ranking Pakistani military and intelligence officers (Levon Sevunts, “Who’s Calling The Shots? Chechen conflict finds Islamic roots in Afghanistan and Pakistan”, The Gazette, Montreal, 26 October 1999.)

Following his training and indoctrination stint, Basayev was assigned to lead the assault against Russian federal troops in the first Chechen war in 1995. (Vitaly Romanov and Viktor Yadukha, “Chechen Front Moves To Kosovo”, Segodnia, Moscow, 23 Feb 2000)

The Geopolitics of the Sochi Winter Olympics

The Sochi Olympics are at a strategic location on the Black Sea at the crossroads of Russia’s oil and gas pipelines.

The forbidden question (both by the West as well as by the Russian government) in addressing the possibility of a terror attack is: Who is behind the Terrorists?

While the US sponsored Chechen rebels were defeated in the 1990s by Russian forces, various Al Qaeda affiliated formations –including the “Caucasus Emirate militant group, Imarat Kavkaz (IK) — remain active in the Southern Caucasus region of the Russian Federation (e.g. Chechnya, Dagestan, Ingushetia) and Abkhazia.

Both the Russian based Al Qaeda groups as well as the broader network of jihadist formations in the Middle East, Central Asia and the Balkans constitute CIA “intelligence assets” which could potentially be used to trigger a terrorist event at the height of the Sochi Olympics.

Needless to say, Moscow is fully aware that Al Qaeda is an instrument of Western intelligence. And Moscow is also aware that the US is covertly supporting terror groups which threaten the security of the Olympic Games.

Within the Russian military and intelligence establishment, this is known, documented and discussed behind closed doors. Yet at the same time, it is a “forbidden truth”. It is taboo to talk about it in public or to raise it at the diplomatic level. Washington knows that Moscow knows: “I know you know I know”.

The more fundamental questions which both the Russian and Western media are not addressing for obvious reasons: