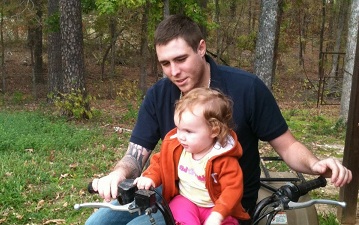 What would you do if you were soundly sleeping at home, with your pregnant girlfriend and your young children in the house, and then, just before 6 o’clock in the morning, your front door was violently forced open, and a bunch of shouting men waving guns burst in?

If you said “pick up your firearm and defend your family against a home invasion,” you aren’t alone.

In a clear victory against the police state, a grand jury in central Texas refused to press capital murder charges against a homeowner who shot and killed a police officer after a SWAT team unexpectedly burst into his home to execute a no-knock raid.

Henry Goedrich Magee believed he was the target of a home invasion (which, technically, he was). He responded like many of us would. Magee grabbed his gun (which he owns legally) and opened fire on the intruders. Burleson County Sgt. Adam Sowders, age 31, was killed.

The defendant’s attorney, Dick DeGuerin, said that Magee acted in defense of his family.

‘This was a terrible tragedy that a deputy sheriff was killed, but Hank Magee believed that he and his pregnant girlfriend were being robbed,’ DeGuerin said in an interview Thursday.

‘He did what a lot of people would have done,’ DeGuerin added. ‘He defended himself and his girlfriend and his home.’ (source)

His attorney acknowledged Magee had a small number of marijuana plants and seedlings.

The grand jury refused to indict Magee for capital murder charges, which carried the possibility of life in prison without parole or death by lethal injection. They cited a lack of evidence that Magee was aware that the invaders were actually police officers.

Magee was indicted on the lesser charge of possession of marijuana while in possession of a deadly weapon, which is a third-degree felony.

Just last week in Iowa, a similar tragedy was narrowly averted when a gang of thugs in uniform burst into a family’s home over possible credit card fraud. The person with a legal firearm realized at the last possible moment that the invaders were police officers.

During the incident in Iowa, honorably discharged veteran Justin Ross was in the bathroom when cops burst in (after disabling the security cameras so their actions could not be documented). Ross already had his weapon unholstered in order to defend his mother and there had been one kick to the bathroom door, when he heard them shout, “Police.”

At the time, we predicted that one of these days, no-knock raids on unsuspecting homeowners were not going to end well for police. It looks like in Texas, the right to defend your home and family is alive and well, even when the thugs you’re defending them against wear a uniform and a badge.