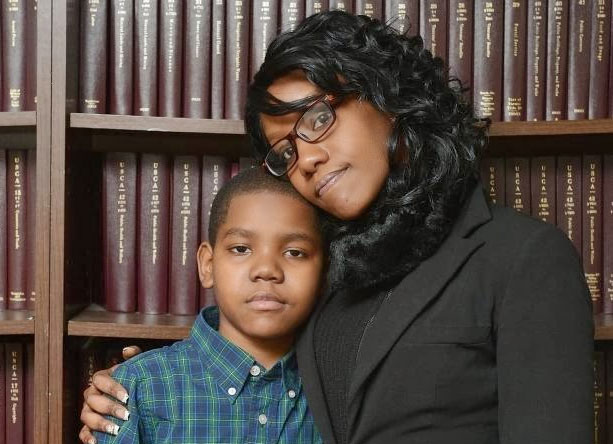 Cops break a child’s leg with a kick to the shin and move on to sexually assault his mother.

One morning, last January, NYPD from the 63rd precinct, showed up at Krystle Silvera’s home looking for her ex-boyfriend for violating an order of protection. But protecting is not how they responded to her family.

Her cancer-stricken mother answered the door, confused by what they were asking and why they were there. Silvera’s 10-year-old son, Courtney, fascinated by the officers of his own career aspirations, grabbed his mother’s cell phone to record the questioning.

That’s when the real commotion began.

The cops apparently didn’t enjoy being filmed so they kicked Courtney in the shin. Silvera was upstairs getting her young daughter ready for school but flew downstairs when she heard Courtney screaming out:

As soon as she came down to meet the situation, a cop pulled her out of her home into the cold, even though she was dressed in underclothes. While restraining her, her breast came out of her bra revealing a pierced nipple.

The officer flicked the piercing, he flicked the ring up with his finger on my right breast. He said, ‘Is this what mothers look like these days?

My neighbors saw me naked. It was degrading. I can deal with the embarrassment of what (the police) did to me in front of my neighbors, but the hardest thing is explaining to my kids that not all police are bad.

She allegedly struggled with the officers when they tried to restrain her, resulting in her getting charged with assault, arrested, and released two days later on $1500. But, why did they pull her from her home to begin with? She is said to have pleaded guilty to disorderly conduct.

But the fiasco didn’t end. When she returned, her son was struggling with a black and blue, swollen leg. After he was taken to Kings County Medical Center, X-rays revealed a fractured leg.

I’ve seen a lot of police brutality cases, but nothing as low as this, kicking a 10-year-old boy.

Amazingly, Courtney’s aspirations for law enforcement have not been dampened by the experience – it appears his determination has only increased:

I told my mom being a detective would be cool. I want to be a better detective than the one who did this.

In regards to her son, and an officer’s behavior with her, she is seeking unspecified amounts in a lawsuit that will focus on civil rights violations. The Internal Affairs Bureau has opened an investigation based on the allegations.

Amanda Warren is a staff writer for Activist Post.