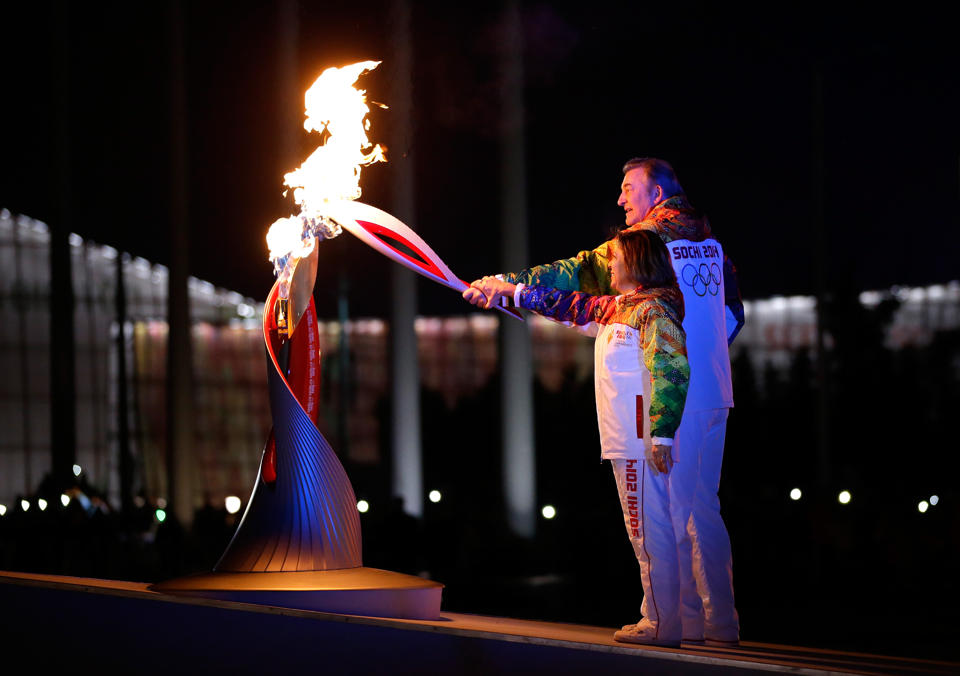 A rather blatant snub occurred at the opening ceremonies of the Sochi Olympics yesterday. Irina Rodnina was hand-selected by President Vladimir Putin to light the Olympic torch.

Why is this a big deal? 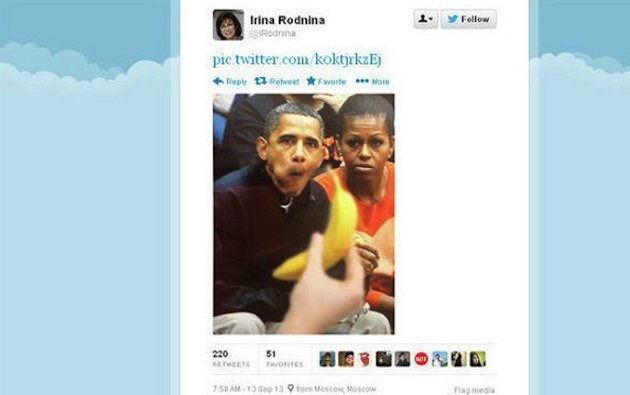 She subsequently deleted the offending Tweet, but refused to apologize for it.

While Rodnina, currently a member of parliament for Putin’s United Russia political party, has since deleted the photo from her Twitter account, she insisted she had done nothing wrong in a follow-up tweet, according to the Guardian. “Freedom of speech is freedom of speech,” she wrote in September, “and you shoud answer for your own hang-ups.”

Rodnina  is one of the most successful figure skaters in the world. She won 10 World Championships in a row and 3 successive Olympic gold medals. She is the first pair skater to win gold medals with two different partners. (source)

This is perhaps in retaliation to what some have called a “Star-Spangled middle finger” by President Obama.

Putin has loudly decried homosexuality with recently passed anti-gay legislation that criminalizes portraying homosexuality to children as anything other than undesirable and unnatural. Despite the new laws, Putin has vowed not to persecute any athletes or attendees that wear rainbow badges during the Olympics.

So, it seems entirely likely that when Obama opted out of attending the Olympics and sent, in his stead, lesbian tennis star Billie Jean King and gay hockey player Caitlin Cahow, that Putin was less than pleased.

Who knew that a “p*ssing contest” was going to be one of the events in this year’s Olympic games?