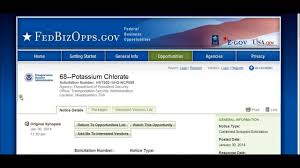 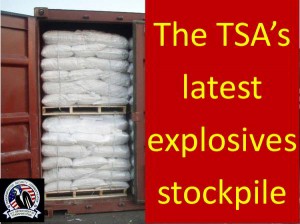 On Friday the Transportation Safety Administration (TSA) awarded City Chemical LLC a contract to provide 510 bottles of 500 grams (255 kg / 116 pounds) of Potassium Chlorate for $21,746.40. The chemical is used in making a high explosive, amongst other things.

Potassium Chlorate (KClO3 ) is used to form an explosive material known as a Sprengel explosive. When mixed with a plasticizer, it may become high explosive, requiring a blasting cap (generally a commercial #8) to detonate properly, and is considered too unsafe for most uses. It is also used to generate oxygen by gentle heating.

City Chemical, LLC received notoriety in 1993 when it was discovered to be the supplier of multiple explosives to the suspects in the 1993 World Trade Center bombing, which included individuals like Ramzi Yousef, who masterminded the organization and ordered the execution of the bombing

Peter Wolpert, the president of the City Chemicals Corporation in Jersey City, testified that he filled three large orders for urea, nitric acid, sulfuric acid and other chemicals to make a high explosive in the 1993 attack. Mr. Wolpert agreed to testify only after being granted immunity after invoking his 5th Amendment right to self-incrimination.

In the last month, the TSA has solicited for 5 different explosives detection systems:

The purchase of a high explosive, and other questionable items, is not new for the TSA. In September 2013, the TSA allocated nearly 1 billion dollars for the purchase of explosive storage magazines.  In August 2012, the TSA purchased 1,400 pounds of high explosives, the same ones as used in the Murrah Federal Building bombing in 1992, and the CEO of the company was a former TSA director.

It can be said of many things about the TSA, but buying explosives in a time of financial hardship across America is the least prudent purchase they can make.

Will Congress ever ask why? You should be. 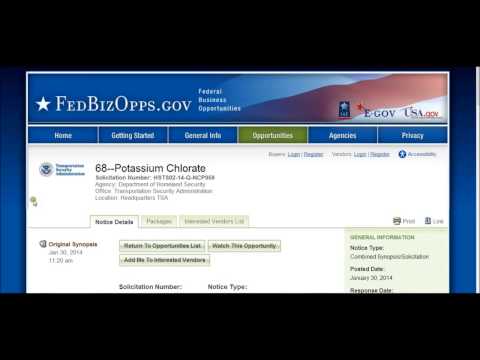