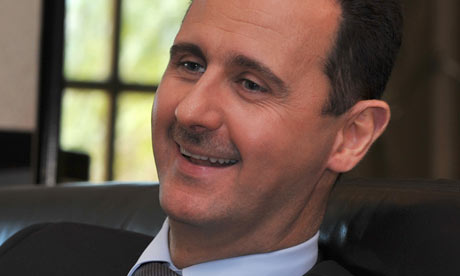 After my recent articles documenting how the U.S. is the chief facilitator of Christian persecution in the Muslim world, I received an email from John Eibner, CEO of Christian Solidarity International, in which he made the following observation:

The sad fact is that the ruthless Assad dictatorship has a better record than the United States or its Sunni allies of protecting religious minorities in the Middle East. What Syrian Christian, Alawite or Druze in their right mind would trade the Assad’s time-tested protection for the smooth words of a John Kerry, especially when they can see Sunni supremacist Saudis, Qataris, Turks and a motley array of jihadis over their shoulder?

Still, one of the most nagging questions for Western observers must be: Why would ruthless dictators, most of whom are at least nominally Muslim, care about Christians and bother to protect them?

The answer is related to the popular adage (possibly of Arab origin), “the enemy of my enemy is my friend.”  This has long meant that, whoever is at odds with my enemy becomes my natural friend and ally.

In the context of Arab dictators and Christian minorities, however, the adage changes slightly to, “The enemy of ‘infidels’ is my enemy.”

Put differently, a secular Bashar Assad—ruthless as he may be—knows that those Islamic rebels that attack Christians because the latter are “infidels” also see him as an infidel and are thus his natural enemies.

It was the same in Saddam’s Iraq, Mubarak’s Egypt, Qaddafi’s Libya, and the rest.

The point is not that these dictators had any special love for their Christian subjects, but rather that they knew they had little to worry about from them, while those who attack Christians are the ones to worry about.

This is evinced by the fact that, in other contexts, such Arab rulers cast the Christians to the lions as scapegoats for Islamists to vent their rage on—a “better them than me mentality.”

Still, an overarching deduction exists: those who scream “infidels” while burning churches are the same who scream “apostate” while attacking state targets.  It’s an unwavering truism.

Even al-Qaeda’s Ayman Zawahiri recently demonstrated this correlation when he called on Egypt’s jihadis to stop targeting Christians and their churches and focus instead on fighting the current rulers.  In both cases, the jihadis see the “infidel”—whether the born Coptic Christian infidel or the “apostate” military—as the enemy.

Due to Egypt’s significant Christian population which numbers at least ten million (if not much more), the adage “the enemy of my enemy is my friend” takes on more complete meaning in that nation: the Copts and their church did play a supportive role in the June revolution that ousted the Muslim Brotherhood, even as Pope Tawadros stood side-by-side with Gen. Sisi and Al Azhar’s Grand Sheikh, Ahmed al-Tayab—only to suffer at the hands of Muslim Brotherhood supporters, including al-Qaeda, everywhere.

Such is the simple wisdom and instinct for survival of the Arab autocrats of the Middle East—a wisdom that concludes that, “he who targets Christians because they are ‘infidels,’ is he who targets me.”

Meanwhile, far from exhibiting such simple common sense, Western governments in general, the U.S. government in particular, continue to aid and abet those who, by targeting and killing Christians simply because they are “infidels,” are continually exposing their ingrained hostility for the West and everything it once stood for.

RAYMOND IBRAHIM, a Middle East and Islam specialist, is a Shillman Fellow at the David Horowitz Freedom Center and an Associate Fellow at the Middle East Forum. A widely published author, best known for The Al Qaeda Reader (Doubleday, 2007), he guest lectures at universities, including the National Defense Intelligence College, briefs governmental agencies, such as U.S. Strategic Command and the Defense Intelligence Agency, provides expert testimony for Islam-related lawsuits, and has testified before Congress regarding the conceptual failures that dominate American discourse concerning Islam and the worsening plight of Egypt’s Christian Copts. Among other media, he has appeared on MSNBC, Fox News, C-SPAN, PBS, Reuters, Al-Jazeera, CBN, and NPR.