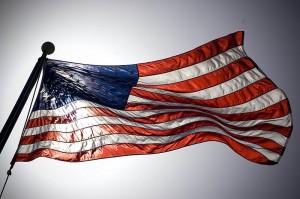 The number of Americans that renounced their citizenship was 221 percent higher in 2013 than it was in 2012.  That is a staggering figure, and it is symptomatic of a larger trend.  In recent years, a lot of really good people with very deep roots in this country have made the difficult decision to say goodbye to the United States permanently.  A few actually go to the trouble to renounce their citizenship, and that is mostly done for tax purposes.  But most willingly choose to leave America for other reasons.  Some were very serious when they said they would leave the U.S. if Barack Obama got a second term, some (such as Jesse Ventura) are dismayed at how our freedoms and liberties are eroding and are alarmed at the rise of the Big Brother police state, some are absolutely disgusted by the social and moral decay that is eating away at the foundations of our society, and there are yet others that consider “the grass to be greener” on the other side of the planet.  Personally, I have a number of friends that have made the very hard decision to relocate their families thousands of miles away because they see what is coming to America and they believe that there isn’t any hope of turning things around at this point.  I also have a lot of friends that are determined to stay in the United States no matter what.  When it comes to the future of America, almost everyone has a very strong opinion, and these are discussions that we need to start having.

Once upon a time, the United States was seen as “the land of opportunity” all over the globe and it seemed like everyone wanted to come here.

But now that is all changing.  As we have abandoned the principles that this country was founded upon, our economy has gone steadily downhill.

As I wrote about the other day, the middle class in America is slowly dying.  As millions of good paying jobs have been shipped out of the country, the competition for the remaining jobs has become quite intense.  At this point, there is even tremendous competition for minimum wage jobs.

Compared to exactly six years ago, 1,154,000 fewer Americans have jobs.  Meanwhile, our population has gotten significantly larger since then.  There simply are not enough jobs for everyone, and we continue to fall even farther behind.  In January, the economy only added 113,000 jobs and in December the economy only added 75,000 jobs.  Both of those figures are well below what we need just to keep up with population growth.

The competition for jobs has also resulted in an extended period of declining incomes in the United States.

Those that read my articles regularly probably have those facts memorized by now.

In addition, a study that just came out has shown that the number of “low-wage breadwinners” in the United States is at an all-time high…

A staggering number of American households are relying on low-wage jobs as their leading or sole source of income.

Meet the low-wage breadwinner. There were about 21 million of them in the United States in 2011, according to a forthcoming study by University of Massachusetts Boston economists Randy Albelda and Michael Carr.

Unlike other studies which often focus just on low-wage workers, the researchers looked at those who also live in low-income households. This way, they were able to strip out the teenager making $8 an hour flipping burgers but still living comfortably with his parents. Or the mom who works a part-time job in retail to supplement her husband’s otherwise ample salary.

For tens of millions of average American families, there simply is not enough money left at the end of each month.

That is why many of them turn to debt to try to make up the difference.  Consumer credit is increasing at an alarming pace once again, and when the next great economic shock arrives many of those families are going to be in for a tremendous amount of financial pain.

In this type of economic environment, it should not be a surprise that anger, frustration and desperation are rising to very dangerous levels.

It was desperation and a fear of losing everything that he had ever worked for that drove one 80-year-old man to become a methamphetamine courier.

Rather than simply grumble to himself or complain to others, a St. Louis man aggrieved by a company’s failure to hire him took another approach.

Jevons Brown packaged up cat feces and sent it through the mail.

Brown, 58, was sentenced Friday to two years of probation after pleading guilty in August to a misdemeanor charge of mailing injurious articles.

The plea says Brown, a veteran, became frustrated with his lack of employment opportunities and lashed out at employees of companies that failed to hire him.

This is just the tip of the iceberg.

In the years ahead, we are going to see much, much worse.

And if you do lose everything, don’t expect anyone to care very much.  There is already a frightening lack of compassion for those that are down on their luck in the United States today.  For example, in Pensacola, Florida it is actually illegal for homeless people to use blankets or cardboard boxes to shield themselves from the cold…

So there I was with my wife and three kids, all of us huddled under blankets with the fireplace roaring, watching the temperature continue to drop from a comfortable 65 degrees down to 45. But outside it was 17 degrees and raining and sleeting, and if you were homeless, you had to consider that if you used a blanket to shield yourself from the elements, that you might be hauled off to jail for a violation of a local ordinance prohibiting using blankets, cardboard, or newspaper to cover yourself.

Once you lose everything, society just wants you to go away.

And this lack of compassion is going to get a whole lot worse during the very hard times that are coming.

So it is easy to understand why many Americans would want to get out of this country while they still can.

However, the truth is that the grass is not necessarily greener on the other side.

For instance, you may be dreaming of moving to a tropical paradise where you can enjoy the sand and the sun every single day.

In the past, many Americans considered Puerto Rico a good place to relocate to.  After all, it is a United States territory and if you only speak English you can still get around pretty well.

But you wouldn’t want to move down to Puerto Rico these days.  Right now it is in the middle of a full-blown economic collapse…

Puerto Rico’s slow-motion economic crisis skidded to a new low last week when both Standard & Poor’s and Moody’s downgraded its debt to junk status, brushing aside a series of austerity measures taken by the new governor, including increasing taxes and rebalancing pensions. But that is only the latest in a sharp decline leading to widespread fears about Puerto Rico’s future. In the past eight years, Puerto Rico’s ticker tape of woes has stretched unabated: $70 billion in debt, a 15.4 percent unemployment rate, a soaring cost of living,pervasive crime, crumbling schools and a worrisome exodus of professionals and middle-class Puerto Ricans who have moved to places like Florida and Texas.

In fact, Puerto Rico is a preview of the kind of societal chaos that we could be seeing inside the United States in just a few years…

Schools sit shuttered either because of disrepair or because of a dwindling number of students. In this typically convivial capital, communities have erected gates and bars to help thwart carjackers andhome invaders. Illegal drugs, including high-level narcotrafficking, are one of the few growth industries.

Well, what about South America?

In recent years, South America has been an extremely popular destination for those wishing to leave the United States.

Unfortunately, many areas of South America are experiencing full-blown economic collapse right now as well.  As I wrote about recently, deteriorating economic conditions have resulted in widespread crime, looting, violence, blackouts, shortages of basic supplies, and runs on the banks in Argentina and Venezuela.  The following is an excerpt from a recent interview with Fernando Aguirre who actually lives down in Argentina…

Chris Martenson:  Okay. Bring us up to date. What is happening in Argentina right now with respect to its currency, the peso?

Fernando Aguirre:  Well, actually pretty recently, January 22, the peso lost 15% of its value. It has devalued quite a bit. It ended up losing 20% of its value that week, and it has been pretty crazy since then. Inflation has been rampant in some sectors, going up to 100% in food, grocery stores 20%, 30% in some cases. So it has been pretty complicated. Lots of stores don’t want to be selling stuff until they get updated prices. Suppliers holding on, waiting to see how things go, which is something that we are familiar with because that happened back in 2001 when everything went down as we know it did.

Fernando Aguirre:  Those are our numbers in a matter of days. In just one day, for example, cement in Balcarce, one of the towns in Southern Argentina, went up 100% overnight, doubling in price. Grocery stores in Córdoba, even in Buenos Aires, people are talking about increase of prices of 20, 30% just these days. I actually have family in Argentina that are telling me that they go to a hardware store and they aren’t even able to buy stuff from there because stores want to hold on and see how prices unfold in the following days.

Well, what about Europe?

Unfortunately, that is not necessarily true.  In recent years we have seen rioting, civil unrest and Depression-like conditions in Ukraine, Greece, Spain, Italy and Portugal.

And now you can add Bosnia to that list…

More than 150 people were wounded in Bosnia on Friday in the worst civil unrest in the country since the 1992-95 war as anger over the dire state of the economy and political inertia boiled over.

Angry protesters set fire to part of the presidential palace in Sarajevo in protests over unemployment and corruption, as well as government buildings in the capital Sarajevo, Tuzla and Zenica.

Just because you move out of the United States does not necessarily mean that you will avoid what is coming.

We are heading for a global economic collapse, and the pain is going to be felt to the farthest corners of the planet.

But of course there are many that will end up leaving the United States and will ultimately thrive.

Is now a time for people to consider leaving the United States permanently? 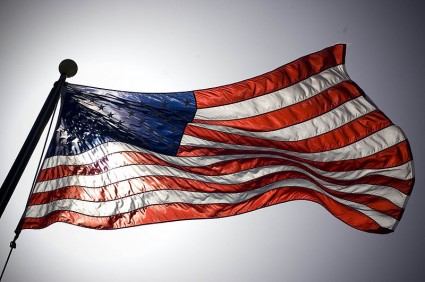