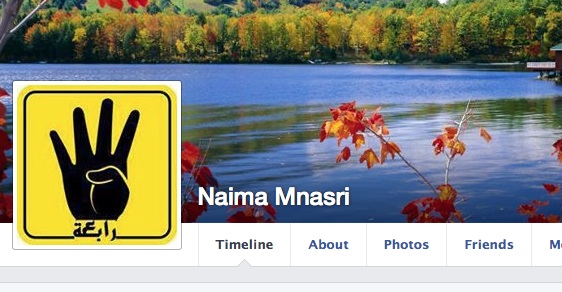 Safety concerns be damned. There is no pleasing Islamic supremacists. It’s all about Islamic demands countermanding secular mores.

Safety is an issue, and the headscarf is a hazard in certain situations. Just last week a Muslim woman in her 30s died after her headscarf became caught in a subway station escalator. But Hamas-CAIR is not concerned with safety; it has one objective: the imposition of Islamic supremacism.

It’s a win-win for Muslim supremacists. If they allowed her to violate safety requirements, she could sue if anything happened to her. If they protect their workers and insist that she remove the headscarf, she sues and tries to hit paydirt, while Muslim Brotherhood group CAIR can ululate about “islamophobia.”

New Jersey Muslima and Hamas-linked CAIR complain to EEOC: boss told her to remove hijab for safety concerns (thanks to Robert Spencer)

The company says it’s a safety issue, but Hamas-linked CAIR and Naima Mnasri (whose Facebook page, pictured above, sports the pro-Muslim Brotherhood Rabia symbol), aren’t buying it: they are sure it is “Islamophobia,” and you greasy Islamophobic Infidels know what you can do with your safety concerns. Safety concerns are jahiliyya! Sure, just a couple of weeks ago in Montreal, a Muslim woman got her hijab caught in an escalator and was killed, but it was the will of Allah! Wherever Islamic law and American law, conflict, American law must give way! There is no negotiation or compromise on this point, kaffir!

A Muslim woman is crying foul after managers at a New Jersey factory told her to take off her headscarf.

Naima Mnasri, of Elmwood Park, claims her supervisor at Paradigm Packaging told her to get rid of her hijab, a religious head covering. According to NJ.com, the boss said it was a safety issue. But Mnasri called it religious discrimination.

“She informed the supervisor that it is a fundamental part of her religion that she wears her headscarf, as she is an observant Muslim,” a complaint filed by New Jersey’s Council on American-Islamic Relations reads. “The supervisor restated that she remove her headscarf for safety concerns and added that no religious symbol is permitted in the factory.”

The incident happened on Mnasri’s second day of work at the plastic vitamin bottling company in Saddle Brook. She was waiting for an assignment when the supervisor came by and “singled” her out. The day before, she had reportedly worked at the factory without a problem.

The frustrated woman went over to a floor manager about the issue, only to hear the same order repeated yet again. She left the job that same day.

“As required by the New Jersey Law Against Discrimination, the company cannot require an employee to violate or forego a sincerely held religious belief as a term or condition of obtaining or retaining employment,”Ali wrote in the statement.

In the meantime, Mnasri has found another job through the same agency that placed her at Paradigm.

Contributed by Pamela Geller of PamelaGeller.com