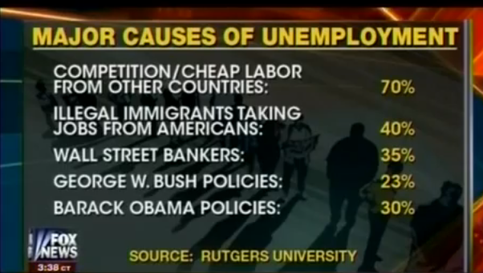 Outsourcing of jobs to foreign countries is one of the great hidden economic issues of recent years.  It is big business, with multinational corporations actively shifting jobs out of the United States and around the globe in search of the cheapest possible labor.  But, following popular outcry against the practice in 2004, corporations have done their best to hide the details even as they expand their offshoring activities.  As a result, outsourcing has by and large fallen out of the headlines.

For the purposes of this article, the business practice of outsourcing American jobs to foreign countries—also known as offshoring or offshore outsourcing—is very simple, substituting foreign for domestic labor.

But outsourcing has not escaped the public’s attention— Working people see jobs leaving their own communities and have no doubt that outsourcing is destroying lives and local economies; it’s putting together the big picture that’s difficult.

In what might be an underestimate, a University of California study concludes that 14 million white-collar jobs are vulnerable to being outsourced offshore.  These are not only call-center operators, customer service and back-office jobs, but also information technology, accounting, architecture, advanced engineering design, news reporting, stock analysis, and medical and legal services.  The authors note that these are the jobs of the American Dream, the jobs of upward mobility that generate the bulk of the tax revenues that fund our education, health, infrastructure, and social security systems.

The loss of these jobs “is fool’s gold for companies.”  Corporate America’s short-term mentality, stemming from bonuses tied to quarterly results, is causing US companies to lose not only their best employees-their human capital-but also the consumers who buy their products.  Employees displaced by foreigners and left unemployed or in lower paid work have a reduced presence in the consumer market.  They provide fewer retirement savings for new investment.

Nothink economists assume that new, better jobs are on the way for displaced Americans, but no economists can identify these jobs.  The authors point out that “the track record for the re-employment of displaced US workers is abysmal: “The Department of Labor reports that more than one in three workers who are displaced remains unemployed, and many of those who are lucky enough to find jobs take major pay cuts.  Many former manufacturing workers who were displaced a decade ago because of manufacturing that went offshore took training courses and found jobs in the information technology sector.  They are now facing the unenviable situation of having their second career disappear overseas.”

So where does that leave us?  Outsourcing is rapidly eroding America’s superpower status.  It has forced us to give away our technology, which is rapidly being captured, while US firms reduce themselves to a brand name with a sales force.

by Robert Lagrone of NuggetDump.com