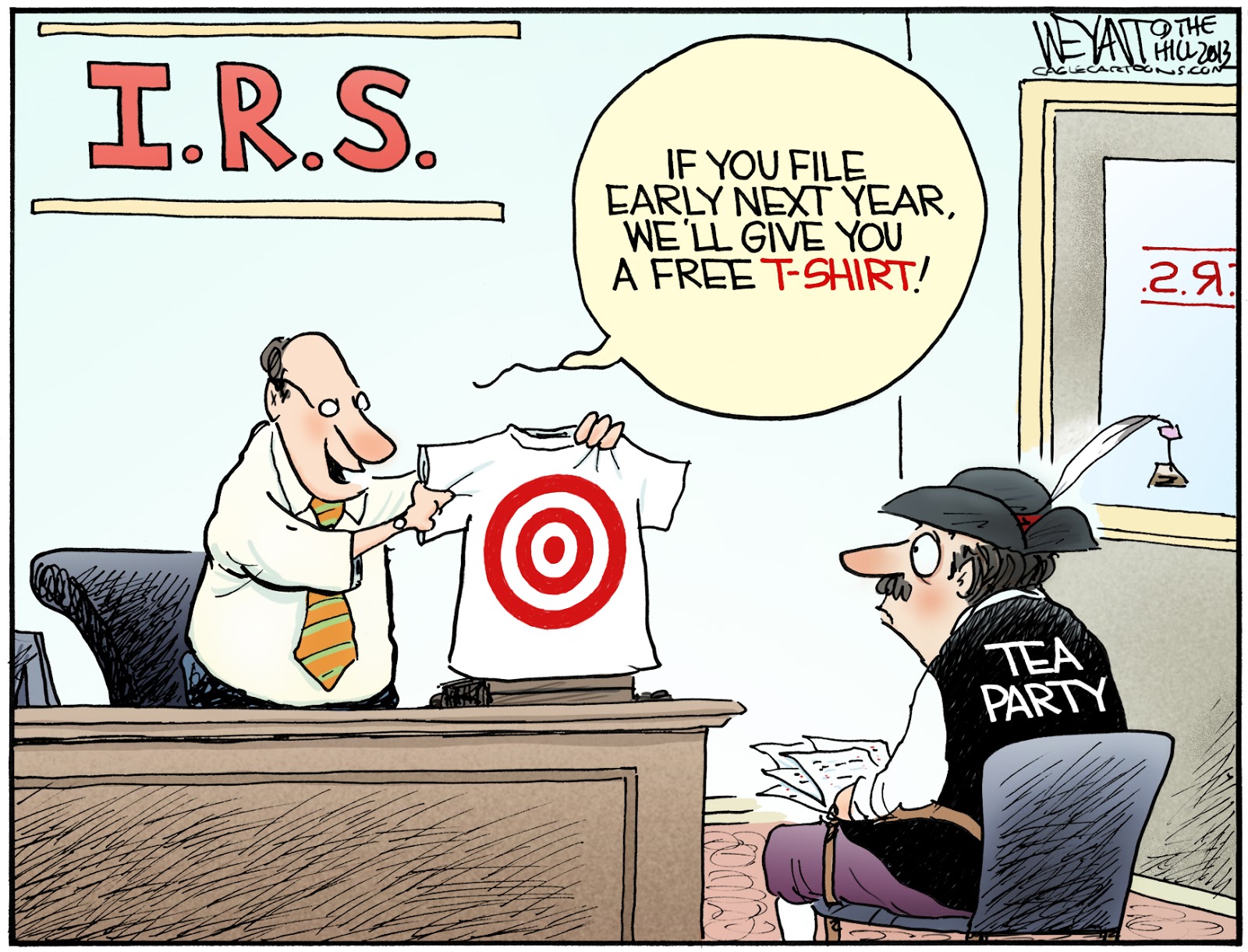 During a House Oversight And Government Reform Committee hearing on the IRS harassment of conservative groups last week, a Tea Party leader was, ironically, harassed.

Catherine Engelbrecht, founder of the King Street Patriots and True the Vote, testified about the intense scrutiny she and her family were subjected to shortly after she applied for tax-exempt status for her group:

“My life before I spoke out for good government stands in stark contrast to the life I now lead. As a wife, a mother, and small businesswoman working with my husband, raising our children and participating in my church and PTA, the government collected my taxes and left me and my family in peace. But when I helped found and led True the Vote and King Street Patriots, I found myself a target of this federal government. Shortly after filing IRS forms to establish 501(c)(3) and 501(c)(4) tax exempt organizations, an assortment of federal entities including law enforcement agencies and a Congressman from Maryland, Elijah Cummings came knocking at my door.

In nearly two decades of running our small business, my husband and I never dealt with any government agency, outside of filing our annual tax returns. We had never been audited, we had never been investigated, but all that changed upon submitting applications for the non profit statuses of True the Vote and King Street Patriots. Since that filing in 2010, my private businesses, my nonprofit organizations, and family have been subjected to more than 15 instances of audit or inquiry by federal agencies.”

Engelbrecht was audited by the IRS, ATF and received multiple visits by OSHA and ATF.

Democratic Rep. Elijah Cummings denied wrongdoing, of course, and said he can “assure” Engelbrecht that he did not direct anyone at the IRS to scrutinize her.

Cummings has expressed concerns with True the Vote, which advocates for strict voter ID requirements and other measures that he opposes:

“Congressman Cummings on three separate occasions sent letters on letterhead from this committee, stating that he had concerns and felt it necessary to open an investigation on True the Vote,” Engelbrecht said. “He wanted to know about all of our practices and alleged things that we simply weren’t doing.”

During the hearing last week, Cummings interrogated Engelbrecht. He said that True the Vote assigned “poll watchers” who “aggressively challenged the registration, the identity, or the eligibility of prospective voters.” He also said that poll watchers were assigned by True the Vote to areas where the minority populations were most concentrated:

Cummings wasn’t the only one who interrogated Englebrecht. Rep. Gerry Connolly also tried to dismiss her claims of being targeted.

Englebrecht pointed out that the sudden harassment from government agencies could not be a coincidence:

“After nearly 20 years of being in business and no agency coming to visit with us, the succession of agencies that have now come to us — for all manner of things — begs the question. The statistical probabilities of what happened to me happening, without political motivation is staggering.”

OSHA visited Engelbrecht’s business soon after she filed an application requesting tax-exempt status for the the King Street Patriots. The visit resulted in her business being fined nearly $25,000 for various violations, including “the wrong type of safety glasses on an employee” and “the wrong type of seat belt on a forklift.”

Connolly claimed that the visit from OSHA being politically motivated was a “huge leap” because the agency doesn’t warn businesses they are coming for a visit:

“I would just note for the record, because we’re so concerned about the law here, and making sure there are no violations of the law, are you aware of the fact that it’s actually illegal for … [the Occupational Safety and Health Administration] to give advance notice when it gives inspections? That’s actually a matter of law.”

Englebrecht attempted to explain that she wasn’t complaining about OSHA’s lack of notice of the impending visit, and that’s when Rep. Jim Jordan jumped in with a series of direct questions that illustrated that what Englebrecht was subjected to was no coincidence.

“Ms. Engelbrecht,” Jordan said, “in the first 20 years of business, did OSHA ever visit your place of business?”

“No sir,” she responded.

“After you filed the [tax-exempt application for King Street Patriots], OSHA visited then, right?”

“In the first 20 years of business did the [Bureau of Alcohol, Tobacco, Firearms and Explosives] ever come to your business?” Jordan continued.

“And they came a couple times once you filed your application?”

“And in your first 20 years of business, did the IRS ever audit you?”

“But once you filed your application, they audited you?”

“And in your first 20 years of business, did the FBI ever visit you?”

“But once you filed your application, did they visit you?”

But remember, Dear Leader Obama said there was “not even a smidgen of corruption” within the IRS. Maybe the actions of all those government agencies who harassed Englebrecht were the result of the “bone-headed decisions” Obama mentioned during his interview with Bill O’Reilly. Because surely, this administration wouldn’t do anything so corrupt.